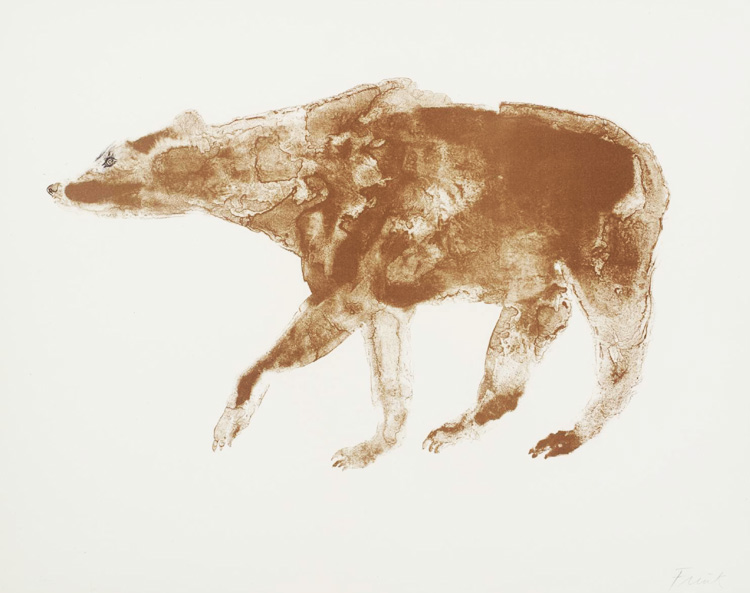 Lucky John was killed by a bear the other day.
Went to play in the woods with his gun,
what fun, and unbeknownst to him, big
grizzly mama was waiting, but not for him.
Still, it was too much bear. Yet, I know
that since God never gives you something
you can’t handle, it must have been okay,
happened for a reason. Everything happens
for a reason, so if his family cries—they can stop.
What a happy, fuzzy, super-sweet thought!

On Joelle Doriani’s “A Night”

Outside, the round blue night waits.
Someone walks across a wooden floor
And opens outward tall windows.
The white air from the high room
Swirls out and up to outlined stars.
The watcher looks up and slowly,
Slowly eyes close down and shut,
And now the listener hears a ribbony voice
Drifting down from velvet dark heaven.
Twirling down and all around, the sound slides
Like a vibrant string over hollow wood
Round and resonant, and the hearer knows
No one is ever really alone, not ever alone.
One under stretched-out heaven is never alone.

Deep, a still lake enclosed in the night-lit vale,
Her shore stretching all round to mountains,
Protectors ragged and watchful, ever awake,
Reflects the blazing, fading fire overhead
Streaking a space, short its beautiful life
Tonight only before the watchers’ eyes,
Whose faces turn in every direction,
Who have seen many like runners glow

A silver sound like light on the calmest night
Shines across the length of a space
Not as wide as I was led to believe
From something as fast as restless radiance
With a heart as broad as the earth’s pedestal
Whose whirling dance would burn the close
Without trying or ever meaning to.
Yet that is the blazing singer dancing,
Who still would not deny a rooted place,
An axel on which to whirl
An eternal ribbon in endless patterns
Until the light is spent and returns to wait to rise again.

Michael Elam is an Associate Professor of English and a medievalist at Regent University, where he teaches literature from the classical era through the Renaissance. He earned Bachelor’s and Master’s degrees in English from Rutgers University and his Ph.D. from Saint Louis University. He is currently translating Virgil’s Eclogues and various works from Latin and Middle English medieval bestiaries. His academic publications focus on medieval and classical topics, and he is currently writing about the overt use of Dante in the writings of J.R.R. Tolkien. These poems are the first of Michael’s to be published.