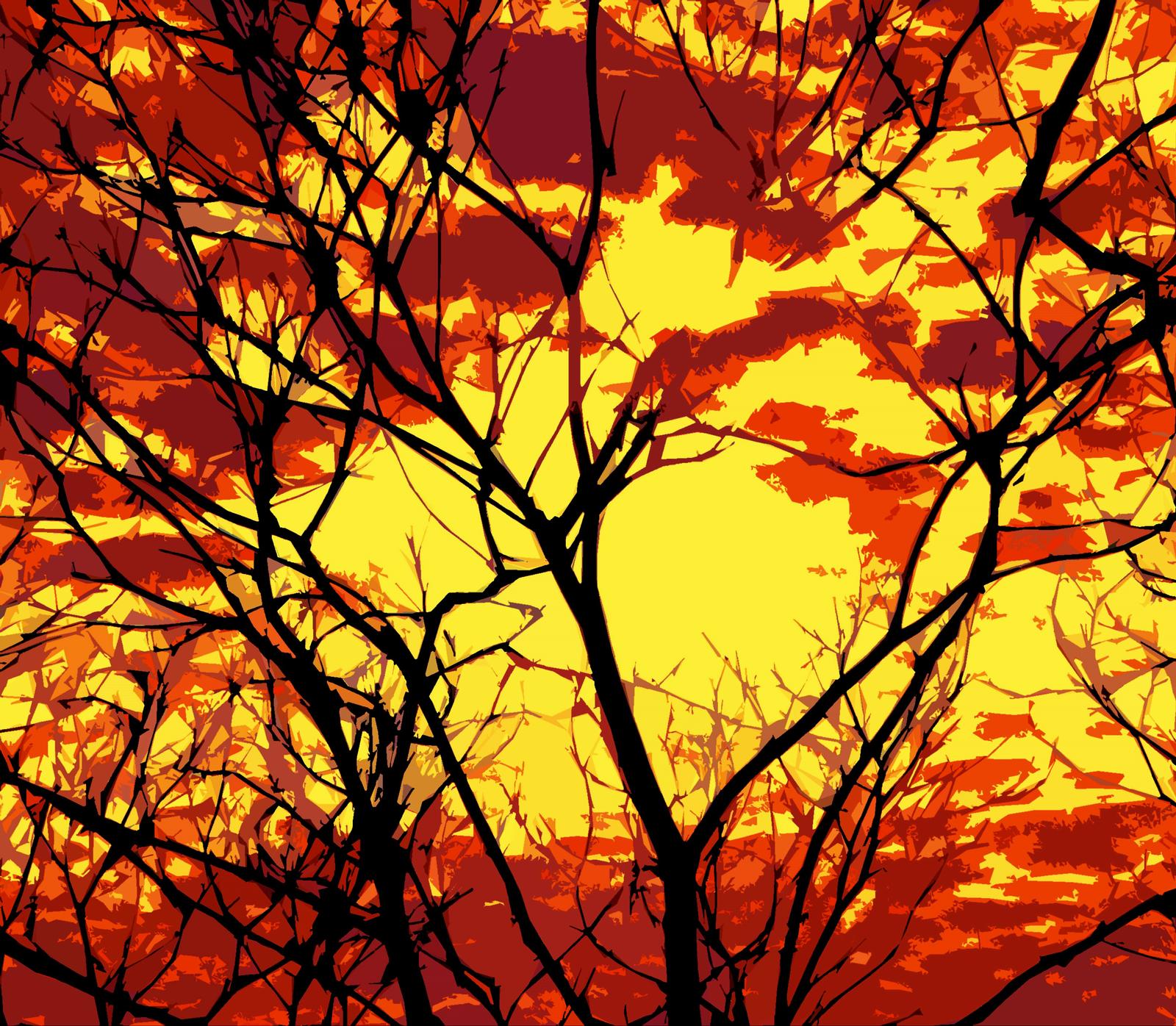 Every day Max woke up with the sun as it rose over the edge of the sea of dunes that stretched for miles behind his tent. For a few glorious minutes, the trees that lined the struggling oasis stood in sharp black silhouette, the clouds at the horizon burning red and orange behind them. After the sun was up, Max hung his two large canteens over his neck and trudged to the spring in the nearby wadi to fill them. The spring was down to a trickle and he had been told two only, in the bastardized Arabic that most of the locals, all Berbers, used to communicate with foreigners. He was usually the first one at the spring, but if one of the village woman was there before him, he waited in the trees for her to finish. Eye contact could get her killed.

It was July and the temperature was well over a hundred degrees Fahrenheit by noon. He had been told that it had not rained in this part of the Libyan Sahara for over eight years, which he saw no reason to doubt. He had brought two books, Ulysses and Remembrance of Things Past. He had tried each of them many times without success, but he hoped that now, with nothing to do all day but sit in the meager shade of the date palm next to his tent, the deep mystery of what really happens in long stories where nothing happens would be revealed to him.

At night he hunted scorpions, the fat black ones whose sting killed a few hundred people a year in the Maghreb. Using a black light, he easily located them and caught them in glass jars. The village emir—he wasn’t a prince, just a grizzled old man with five sons who would sooner kill you than look at you—had granted him leave to live on the edge of the wadi and hunt scorpions. His price: two dozen AK-47’s with ammo times 1000.

The emir’s sons took turns watching him. Once a week he was allowed to drive to Ubari, a large oasis town with an old military airport, to deliver his scorpions, and pick up a case of new jars. On these trips he was always accompanied by one of the sons. On Fridays the emir and his sons went to Ubari for their weekly jumh’a and sermon. They left at eleven a.m., and returned at two p.m. On these days a boy of twelve or so, thin and graceful as a young Buddha, sat cross-legged and watched him. Max had brought along a wireless radio that, in short random bursts, could pick up broadcasts from London, Cairo and even Moscow. One Friday, when the emir and his sons were at their prayers, he picked up a classical music station from Vienna and the boy came closer to listen. It was Rachmaninov. This is the music that God was listening to when he created the world, said Max, who could make make himself understood in many languages, including Arabic. The boy nodded. Max laid Proust on his lap, and they listened together for a while.

Do you have more books? The boy asked.

Max picked up Ulysses, which was on the ground next to him, and held it up. Do you read? He asked the boy.

They listened for a few more minutes, then the boy said, My brother reads.

Max nodded nonchalantly, as if this was something common, someone in this godforsaken part of the world who reads books, who reads anything. Does he live here? Max asked.

No, he’s in the mountains, the boy replied.

Nafusa? Keep it light and breezy, Max said to himself.

What does he read?

Max nodded again. Is he an imam?

Does he read English? French?

The boy remained mute. He was squatting some twenty feet from Max. He looked nervous, but Rachmaninov, who it is almost certain never imagined his music would one day drift over a near-dry wadi settlement in the middle of the Sahara desert, kept him glued to his spot.

I can get him books.

Do you have other brothers?

Is Emir Hassan your father?

Where in the mountains? Gharyan? Yafran?

Was he in the war?

Max’s radio went silent. The boy, as if suddenly aware that he was supposed to be watching and not talking, moved abruptly away and took up his prior position.

On his next trip to Ubari, the son driving him, Ramzi, poked his new Kalashnikov into Max’s ribs and asked him what he was really doing in this part of the world. Just as I told your father, Max answered, gathering fattail scorpions for their venom, which, Inshallah, will save the lives of many children with brain tumors. Your man-killers will save lives.

And when will you have enough of our man-killers?

When my employer tells me.

Of course I notice they are extending the runway. I am not blind.

For MIGs to land, perhaps.

The Sahara is no place for Russians.

Too hot. They need snow.

Ramzi smiled and withdrew the rifle.

At the airport, the pilot of the UN-marked Cessna 172 that picked up his scorpions shook his hand and said Happy Birthday, and Max knew that his cover had been compromised, if not blown altogether. On the way back to the village, after only a mile or so, Max pulled a stiletto from his boot and stabbed Ramzi in the heart. He dragged the body over a dune and went back to the airport, where the pilot was waiting at the end of the runway.

That night he met Chris Massi for a drink at the bar of Chris’ hotel in Casablanca.

Probably. They’re sucking up to terrorists all over the Maghreb.

Probably in one of those valleys in the Nafusas. There are still holdouts there from the civil war.

How do you know?

I met his younger brother, a boy, who said he reads the Quran and lives in the mountains, and then said he was dead.

He’s supposed to be highly educated, from a family of five or six brothers—who I believe I met. One of them I killed. We were lucky, we hit upon his exact home town. He would have many friends in Libya, many still fighting. Those valleys in the Nafusas are the best hiding places in the world.

We couldn’t get to him?

Only with bunker busters and about ten thousand troops.

I’ll tell the family. One of his brothers is dead. That might be a consolation.

It was a long shot, Chris.

The stiletto came in handy.

Max nodded. They knew that he and all of his belongings would be searched when he got to the wadi. The knife had been in a false bottom of one of the boxes of Altech jars delivered weekly by the Cessna.

Did they take your picture?

Yes. But I had my beard and contacts and wore my floppy bush hat all the time.

They take the same road every Friday to Ubari?

There’s only the one road.

They’ll be looking for you. We can’t take any chances.

Something else has come up.

I’ll tell you on the plane. We leave in an hour.

Ansar al-Sharia operatives Ahmed Abu Khatallah and Sufian bin Qumu are believed to be the masterminds behind the attacks on the U.S. consulate in Benghazi in September, 2012, that killed four Americans, including the American ambassador to Libya. Khatallah is in custody in the United States, awaiting trial. Bin-Qumu is still at large.

James LePore practiced law for twenty-plus years, then turned to writing fiction and taking pictures full time in 1999. In 2009 his first novel, A World I Never Made, was published by The Story Plant. Four others, in what LePore calls The Invictus Cycle, followed. He has written a book of short stories called Anyone Can Die, a volume of flash fiction (Blood, Light and Time) that evolved from a series of blog posts, and three historical novels, with the screenwriter Carlos Davis, featuring J.R.R. Tolkien and Ian Fleming in WW2 espionage adventures. His latest release is a novella entitled Breathe in Grace. His website is here.

If you have enjoyed this story and want to read more by James LePore, please click here.