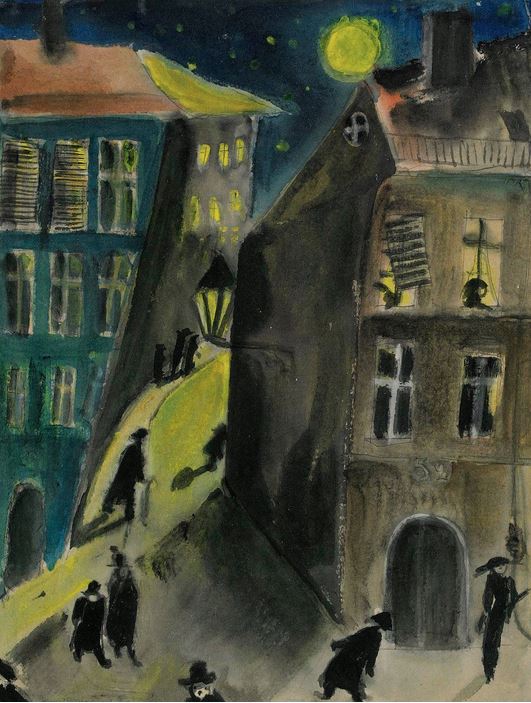 The recent massage-parlor murders in Atlanta provide a case study in runaway media obsessed with white supremacy. Despite the absence of evidence for racial hatred, legacy media and activist groups rushed the story forward under the anti-Asian rubric then persisted through both tendentious reportage and editorializing that the Atlanta murders were racially motivated hate crimes.

The predominant coverage shows that a critical race theory script was ready to hand and hurried into use. All that was missing were the facts to fill in the details. With anti-Asian incidents and crimes already reported to be on the rise, here was a sort of George Floyd-equivalent moment, a vivid and heinous act that could be put to use as emblematic of white racism. Public opinion could be galvanized in the name of the victims.

Six weeks on, only a very few analysts have pushed back against this dominant narrative. None of these critics has denied the history of anti-Asian prejudice in the U.S., and they have acknowledged the recent uptick in anti-Asian sentiment and behavior. But the awareness of these phenomena does not mean that the Atlanta shootings are somehow best analyzed as an instance of white male racism.

Salient facts of the case are well known and were established early. Robert Aaron Long was quickly apprehended and confessed to shooting people at three different massage parlors in greater metropolitan Atlanta on the evening of March 16. Long killed eight people, six of whom were Asian women, varying greatly in age. He wounded a ninth. The massage parlors are known to provide sexual services, and Long had been a customer at two of them. He had intended to drive on to Florida to shoot more people, saying that he had heard there were “pornographic” establishments there.

Questions of motive immediately arose, or rather, were immediately asserted. Long explained that he felt himself to be a sex-addict, and his compulsion to visit massage parlors repeatedly brought him into conflict with his Christian beliefs. He thus sought to eliminate what he saw as the source of his temptation. To state the obvious, his acts were heinous and his thinking, twisted.

Long’s confessed motive was immediately rejected by the mainstream media, whose initial reports were quick to raise the issue of anti-Asian racism, and whose follow-up stories relentlessly designated the shootings as hate crimes. The left Twittersphere and the activist blogging world joined in filtering the facts through the discourse of white supremacy. While Long’s stated motive is thoroughly plausible and fits a pattern of misogyny driven by religious fundamentalism, these sources insisted that his spree had to be viewed as an anti-Asian hate crime and frequently dismissed Long’s stated motive as irrelevant.

Within three short days of the shootings, Andrew Sullivan reported that the New York Times had run one new report on the event and nine stories analyzing the murders as a hate crime. The Washington Post outdid them with a ratio of one to sixteen—one news report and sixteen articles that included white-supremacy analysis.

The insistence on this explanation transcended the media. Other institutions passionately adopted the anti-Asian narrative and, within a day, had issued proclamations and open letters declaring along these lines. Universities, businesses and other organizations hurried to publicize town hall meetings, symposia, listening and learning assemblies, ally-making and healing sessions—all organized under the anti-racist rubric.

It was hard not to see a certain line of reasoning behind this rush: we have been doing this sort of thing for BLM, so now we are obliged to do it for Asians as well. Or in some cases—perhaps many—not obliged, but eager to do so. It is clear that a growing body of people find great satisfaction in their ability to cite white supremacy.

It may yet emerge that Long feels anti-Asian animosity despite uttering no anti-Asian sentiments in his confession. But his social media accounts betray no such sentiments; no one who knows him has come forward to say that he harbored anti-Asian sentiments. To repeat, such information might surface, but nothing along these lines has emerged some three weeks after the event. What has emerged is evidence that backs up Long’s story that he felt himself in the grip of sexual compulsion.

Some have argued that Long was unconscious of his racism, that, unknown to himself, he believed Asian women were of less worth than white women. Those making this argument cite the history of anti-Asian discrimination in the U.S. and recent anti-Chinese rhetoric in response to the Covid-19 pandemic. Long would have imbibed such racism, the thinking goes, spurring his hatred or phobia without his awareness of it. The Atlanta murders become, in this telling, the ultimate horror story of white male dominance over passive Asian females.

Why Long also killed two white-skinned people would need to be explained if this were so, and his apparent attraction to Asian women would have to be reconciled with his desire to kill them. Multiple and complex motivations are entirely possible, of course, but it is curious that those insisting on the racist angle, for which there is no clear-cut evidence, so vehemently resist considering the sex-addict angle, for which there is.

Long’s own version fulfills Occam’s razor. He wanted sex, but hated himself for giving in to sexual temptation. He gave in to temptation at the easiest and most convenient locations for him to do so, and these locations are heavily staffed in Atlanta, as they are in many cities, by Asian women. In Long’s telling, we can suppose that if these spas had been staffed by women of other races, he would have shot them. Long was not out to get Asians per se, but out to get the sources of his temptation who happened to be Asian. As Heather MacDonald has pointed out, it would seem more reasonable to assume that, if he harbored anti-Asian animus or feared Asians, Long would have steered clear of establishments with Asian employees rather than frequent them.

If it is desirable to bring complex analysis to this event, perhaps it ought to be practiced on the universities that seemed to be in a race to declare the first, the most and the hardest that they stood with Asians. Many of these same universities, particularly those with highly selective admissions, have a problem in regards to Asian students. The SFFA law suit against Harvard rings a bell here. It has been well-established that Asian-Americans are not admitted to these institutions in the numbers that their academic accomplishments ought to merit, but rather are only allowed to matriculate at lower percentages than other minorities despite their superior performance in school.

The means that these institutions have invented to reject qualified Asian students can seem crudely stereotypical. Their personalities are lacking, it is claimed. They’re dedicated, ok, but somehow they’re too dedicated, too diligent, you know, not rounded enough. They’re grinds. The rush to be seen as siding with Asians in the aftermath of Atlanta seems, then, like a classic case of projection as defense mechanism. In this classic theory, the university, suffers cognitive dissonance because it wishes to be seen as fair to all (and also foreign Asian students bring in a lot of money) but knows in its heart of hearts that it discriminates against Asian-American students seeking admission. Long presented a chance to deflect feelings of guilt, to project them onto someone else who can be said to have done something along the same lines but far more heinous. Thus Long’s straightforward explanation is turned inside out or brushed aside, so that he appears to be guilty of an atrocious form of the very thing—being prejudiced against Asians–that universities have been charged with. If most of the general public didn’t really buy the judge’s findings of innocence against Harvard in the SFFA case, then Harvard can show its progressive bona fides by breast beating its position against murder.

Hate crimes against Asian-Americans have risen in the past year. An academic study of sixteen large cities in America shows a rise of 149%, and it is safe to suppose that insults and hateful remarks have risen as well. On the other hand the new, higher hate-crime total is 122. Since the aggregate population of these cities is over 20 million, this proportionately small number, while regrettable, would undoubtedly stun many readers of the Atlanta headlines, which leave the impression that anti-Asian hate crimes are a daily occurrence everywhere one finds white men. In any event, a reasonable person should be able to conclude that the Atlanta murders were not hate crimes and also acknowledge that anti-Asian racism is a problem.

This insistence on white racism also entails a serious opportunity cost. While reminders of anti-Asian discrimination in the Old West of 150 years ago are featured in activist op-eds, there seems to be little interest in accounting for how and why so many Asian women are working in the black and gray markets of the sex trade in the here and now. Likewise, upscale magazines publish “my truth” essays authored by Asian-American women relating what it was like to have an Asian name at school. As for the thousands of women working in massage parlors, how they got there, why they stay, what they might have to say . . . not of interest apparently.

If this “industry” were discussed along racial lines, what would we find out about the supply side? Of course, the global sex trade has been studied, but curiously little of that knowledge came out in the Atlanta reportage. The golden opportunity to bring the seamy, sordid, often criminal aspects of this world to light was ignored in favor of spinning out a white supremacy narrative.

Other racial analyses were also set aside, most prominently the often fraught relationships between African-Americans and Asian/Asian-Americans in urban settings were ignored. Heather MacDonald has analyzed the data for New York City and found that black on Asian crime is a much more common problem than white on Asian crime. Never one to mince words on such matters, MacDonald calls out the “strategies [that] have emerged for ducking [this] reality of anti-Asian violence.”

The response to the Atlanta shooting reveals a country whose institutions are in the grip of white supremacy monomania. Media integrity is called into question once again. One problem is insisted upon, while others are ignored. A rehearsal of America’s racist past takes precedence over comprehensive reportage of all facets of the sex trade involving Asian women. Maintaining an effort to be reasonable and think clearly seems harder than ever in the face of this comprehensive push.