Meditations on the Reflections of Seasons: Childhood Days 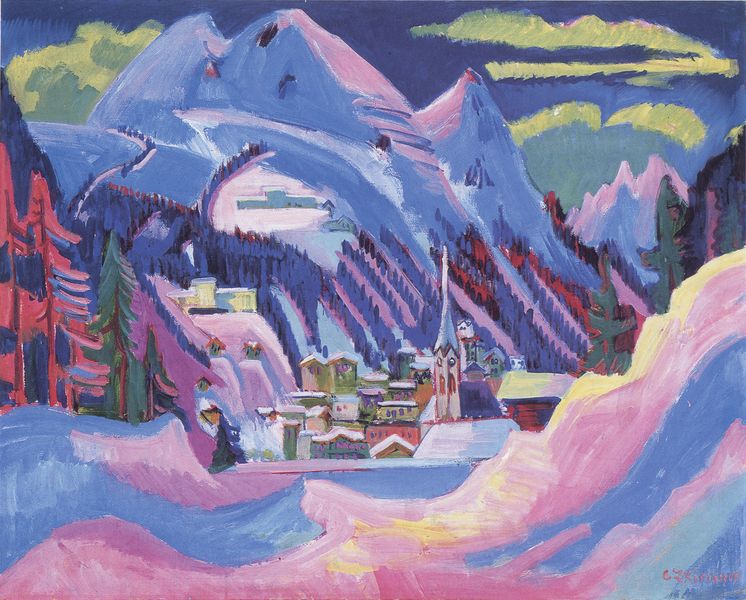 The ground was white beneath our feet,

And we were in winter’s heart,

And as I ran through the fields where I’d been playing,

In m’ wellies covering me to m’ ankles,

I had viewed a winter, though I was in my spring,

Which for me was like the death of a beloved,

Someone perished through time in the springtime of my days,

That made me knowing of finite temporality,

And in the aftermath of it, in the wake of the wake,

When thick jackets, scarves, and hats are things from a distant past,

Is the experience of the metamorphosis into light and long days.

Such things must contain a natural theology,

The handiwork of the watchmaker,

The clue from outside of the system,

That days descend to their bleakest point,

Things become born again, as the soul of man,

Into that of a pleasanter life,

Where the dove-white snow at rest on fields,

Melt into the thing it clothed, nourishing the soil,

And the emerald grass is seen flourishing once more.

There is something in this,

That is viewed in cities I knew as a child,

Places built up out of a once natural world,

In this world constructed and envisaged

Through the consciousness of the dreamer-

What man has made of man—

The design of God is unknown, or briefly seen.

Unlike the natural wonders that mirror the soul,

These things become one in the same.

Through the architecture of man,

Through city streets that veer off into the distant nowhere,

People going about their lives,

The way in which cities are imagined,

That sprout into life out of nature,

Oaks, Beeches, Ashes all of a similar breed,

Where their children and siblings flourish,

Here the order of things, the logos is known.

In the city death from time to time is glimpsed,

Not as in nature in which things fall and flounder,

But in the civilised world of institution,

Where they are to be seen breathing no more,

In a morphine daze in dimly lit rooms, in hospitals,

midst the coming and going of doctors and nurses;

Where the temporal rest becomes one with eternity.

Here is found knowledge of a mystery,

Amongst the embankments I cycled as a child,

The shops on high streets, the butchers, the greengrocers,

The hairdressers and the sweetshop,

The shamrock-green fields I chased balls through

like a lost five-pound note, the vistas of houses packed

with those obliviously marching through the act of being,

The playgrounds I played, the swings on which I swung.

On the industrialised swell of the hill,

On which cars, people, cyclists, ascend to descend,

On it the steeple points to the world outside this one,

On sabbath mornings the logos is heard,

Preached in the cavernous belly of the church hall,

Where things die to become reborn,

Where the world—the one of the finale of winter,

Is made ruinous then rebuilt.

As in the aftermath of the flood, a whole offering.

Upon entering through the gates of the city,

The world of imagination is seen for what it is,

That is envisaged in the world I once knew,

As in the experience of love the truth is known,

The candle through the void is seen flickering,

Where the world of chaos becomes the place of method,

And the world of alienation transforms

Into the place of belonging.

In this world love is the residue that remains,

The Alpha and the Omega,

The bride and the church,

Exemplified by girls I once loved,

When awakened into manhood,

Where the sensory experience

In a glimpse of her raspberry hued blushes,

In the experience of her forest-dark tresses.

For the first time I saw beauty,

Exemplified by her auburn-brown eyes,

Staring at me in ways reserved solely for me,

As on a shared secret only we are privy to,

Destroying me with a look, ruining me in a smile,

As only beauty, truth and grace know how,

For love knows only flood and flame of pyre,

The rains of Noah and the gold purifiers fire.

Though as in spring, so in Eros,

Where the nature of reality is glimpsed,

Where things die to become resurrected,

In Adam and Eve there is a ratio

Of divine love to the elect,

Where the interplay of lovers,

The dance of the masculine and feminine

Where opposites cling, leaving their origins,

To be unto eternity alloyed.

As the beginning so the end,

Where out of the dust things receive the breath of the divine,

Where the first marriage becomes the last,

The earthly paradise of nature,

Becomes the earthly paradise of the city,

Where in it lays buildings, roads, parks, and houses,

Along with the what’s left of culture.

The world to come, and the world that was, is known,

In sleep where the annals of ancestral memory are unearthed,

As if uncovering the dust of lost civilisations,

Repressed memory through form and image is seen,

The first cause of sin in the experience of things forbidden,

Bringing to the present primitive recollection,

Recalling both trespass and transgression.

This happens not through travelling through space,

to an elevated place and time, but through the psyche,

Asleep on the mattress of a childhood bed,

With the cascading sound of cars passing by,

And the twittering of birds in their treetops,

Awakening to a sweet-sung melody ineffable to the ears,

Forming the backdrop to rest, in dawn inflamed skies,

As the dreamer ventures to a world destroyed,

Before the formation of the fallen world.

There, the depravity of man is reflected,

The darkness in the heart that is,

Where the dream is the looking glass of the self,

The soul is seen through symbolic representation,

What is called the unintegrated shadow,

That one becomes knowing of through the word,

Where the conscious mind sees

What the unconscious only previously had vision of.

The word for the world is spring,

The nature of reality is rebirth,

Without the fall there is no fall,

No decay, no decomposed corpse of earth,

No hoary air, no rawness or no chill,

There is no gathering in harvest,

No reaping that which has been sown,

In the flush and febrile summer,

No rebirth upon the hinge of the year.

Though upon salvation all that was assumed,

From the self is exhumed, and the gateway opened,

Where that which has perished

Becomes metamorphosised into blossom and bloom,

Where birth is death and death, birth,

And dour moods give way to mirth,

That which presumed in the way of all flesh,

Becomes flourished as fields to be threshed,

And the tragedy becomes desire,

And an elegy an epithalamion.