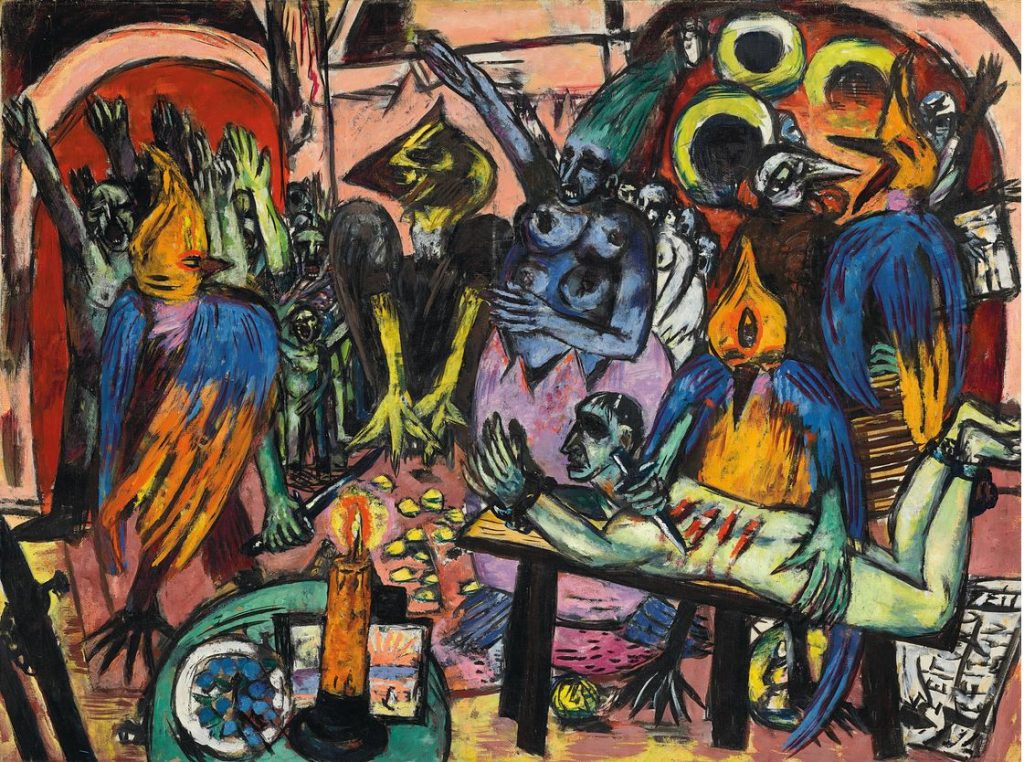 In the fifth year of universal tolerance
(The year of our Lord twenty-thirty-six),
Mike the simple trucker man transgressed the law,
Yelling out instinctively, ‘Help me, Jesus!’
As he dove to the dirt to avoid being crushed
By a loose, rolling trailer.  Brought before
The Human Resources Director, he was asked
To confirm his fidelity
To the Global Religious Creed,
That all beliefs are equally true.
‘No ma’am, I won’t,’ he said plainly, calmly,
To Director Strokeland. And she irately,
‘We will make you!’  She summoned Ari
From the Tech Department, tasking him
To construct a brain-machine interface
That would extract the right confession
From the mouth of the loathsome trucker.
But as he began to build his torture tool,
Mike began to pray:  ‘Lord Jesus Christ,
Have mercy on me, a sinner.’
And, lo! The parts of the BMI
Would not stay joined, and Ari’s hands turned numb.
Frightened, he cried out, ‘God of Michael, heal me!’
Feeling returned quickly to his hands,
But as he gave thanks to Christ, the Son of God,
The enraged director stabbed him in the heart
With a broken piece of metal, sending his soul
To heaven. Her demonic anger unabated,
She fell on Mike, beating and cutting
His body, and in a final act of fury,
Sawed off his head, for which the angels
Greeted his soul and hailed him as a martyr
And a brother. With a terrible
Twisted smirk disfiguring her face,
She took the severed head of Michael,
Intending to set it before the Black Cube,
The symbol of the pan-religion,
As a trophy of its victory
Over Christ the God-man. But as she approached
With his holy head, the solid stone cube blew apart.
Her body, too, was struck with death,
And the foul, dung-reeking demons
Dragged her soul to the depths of hell
For torments that will never end.

Looking on with cool, unflustered gaze,
The never-sleeping, never-blinking
Eye of Efficiency generated
A report for corporate HQ
That a new HR Director
Would be needed for Building 8-8-E,
And that sterilization procedures would commence.