Monologue On Life and Death by György Faludy

Translated from the Hungarian & edited by 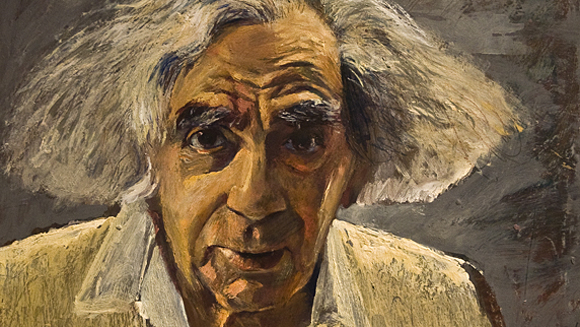 The poem below was composed in a darkened punishment cell during a prolonged period of solitary confinement endured by its author, and committed to memory because of an absence of writing implements. That is why it is so full of light and colour, the Jewish-Hungarian poet György Faludy (1910-2006), later recalled. Faludy, a towering figure of European literature and a fierce opponent of both Fascism and Communism, spent many of his best writing years in exile or prison. He fought with the US Air Force during WW2, returned to his homeland at the first opportunity to be imprisoned on trumped-up charges by the Communists, participated in his country’s doomed 1956 revolution, spent decades in his second exile mostly in London, Toronto and New York, and returned home once more after the collapse of Soviet Union to be received by a tumultuous welcome. His work is heavily ignored again by the servile literary establishment in Hungary to suit the taste of the current administration there. It is at last winning wide and growing international interest in English translation.

Monologue On Life and Death

along an avenue of autumn trees

with tousled hair beneath a falling sky,

that’s how I loved to walk upon this earth.

who takes an evening stroll upon arrival,

one who looks hither, thither, starved for more

and, in a heated, happy trance, discovers

where all is new: the lit up shop displays,

the colours of the drinks in coffee-houses,

the throngs of peoplewere they celebrating?

the wild thyme scent of freedom in the air . . .

a city one would never want to leave:

like such a traveler, so I viewed the world.

I knew that everything is but a fleeting

phenomenon that never can recur.

When I saw butterflies flit by, I thought,

And when I wined with my good friends, I shared

with them my heart and thoughts and words as though

I had to die before the dawnbecause

I’d always feared the morning when there would be

no friends, no wine and no awakening.

I saw that others also knew that fear: they

suppressed it while I bore it on my brow

when, whispering from its prompter’s box, my mind

kept warning me that Everything must end, that

my life was but a spark, a miracle

between the iron tongs of lifeless time,

a flash emitted by a firefly

perched on the hollow palate of decay,

an incandescent hiss of opposites . . .

of my mortality endowed my life

with flavours, colours, magic and delight,

inspired and exhilarated me,

enraptured me and conjured up before me

a fairy castle from my bare existence.

Intoxicated on the planet’s finite,

once only gift of wine, I came to hold

each notion and each object and each person

as drunkards would embrace and cling to lampposts.

displayed for me a tapestry of light,

the three dimensions of my space became

a storehouse packed with bales of rich adventures,

the face of every clock a banquet table

set for twelve diners, and my passing moments

the dripping of the heavy drops of honey.

And I became a lover of the earth,

a fervent, roaming Romeo of clouds,

a troubadour beneath dead city walls

a priest at midnight rites of naked bathing

a passing, brief phenomenon, within

the timeless ocean of phenomena.

THOMAS ORSZÁG-LAND is a poet and award-winning foreign correspondent who writes for New English Review on Europe and the Middle East. His last book was Survivors: Hungarian Jewish Poets of the Holocaust (Smokestack, 2014) and his last E-chapbook, Reading for Rush Hour: A Pamphlet in Praise of Passion (Snakeskin, 2016), both in England. His work appears also in current issues of Acumen, Standpoint and The Transnational.

To help New English Review continue to publish translations of original poetry such as this, please click here.

If you enjoyed this poem and want to read more by Thomas Ország-Land, please click here.