Moving on the Earth 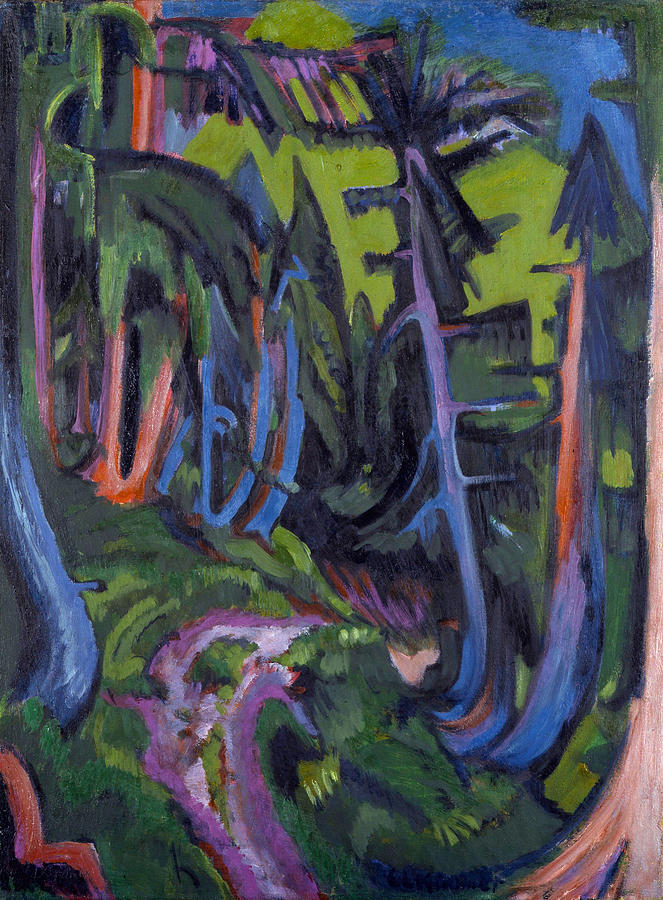 Nathaniel walked on into the fall of the year, gathering twigs and thistles and cockleburs on the ancient winter frock coat his father had worn when he walked in the fields. He moved deliberately through the wasted, scrubby knob farms that lay to the east where James said the land was so damned poor with juniper and man-high anthills that jackrabbits carried packs when they crossed it.

Nothing and no one stopped him. Sometimes he walked right through tenant yards and cabins, striding through hog killings and marble games and wood chopping and the putting up of jams and jellies and whatnot. Before people had time to react, he was out of the yard and the house and into a field or down a road or railroad track. There were some small eruptions—whup! what! this one or that one starting to take offense—before people sensed that from this gaunt, bearded strider with the wide eyes there was none. Most saw that he was a man of troubles and let him be. Once in a while he would stop in a house or barn—walking right through kitchens or milking pens—and pick something up, a pan or a sickle, and turn it over in his long fingers as if he’d never seen anything like that before. Children and dogs gave way quietly, showing neither fear nor threat, guessing he was bout some serious and necessary business. When women looked up from their shucking or sewing or soap making, they saw sorrow trailing from him like broken cobwebs.

Sometimes he was gone from home for a few days—sleeping in ditches and barns, Aunt Ish said, like he had no home, like a common tramp—and some Salt River farmer, figuring someone ought to fetch him where he belonged, would take him by the arm and haul him into Bardstown and leave him by the slave auction block beside the court house, where he would stand like a penitent, staring across the square, until someone got word over to Woodlawn and James, clicking his tongue, would come for him. Other times the monks at Gethsemane would see him cross their lands, a stalking partner in their silent work, his gangly arms swinging slow and his thin hands dangling from his wrists; or he would go thirty miles the other way, to the big mother house at St. Catherine’s or the priory of St. Rose, and the nuns or Dominican priests would see him—ghastly and sallow and so miseried of face that he rivaled the big Jesus hanging in the apse—standing up in the middle of the aisle during the consecration, his arms at his sides, his head bowed, “as if he was trying to find a place to turn himself in,” James said, “and I wish to hell he would. I’m tired of hauling him around like a sack of feed.” “He’s walking it out,” Jefferson on the dock at the feed store said, “whatever it be, whatever they done to him over in that place, him and God walking it out.”

When he had first come back from France it was still deep summer—mindless days when the land steamed in haze, warm nights when people slipped out in their yards to sleep on quilts under big moons—before the late thunderstorms brought the creeks back up. They didn’t know he was coming. The foreman at the section house sent a colored boy up the road to say Marse Nathaniel was come home from over there and was sot down on a bench where the milk train from Louisville left him. When James got down there the foreman said the train had put him out like a piece of freight, the baggage tag was still tied to one of his button holes, and he was just sitting on the bench, staring off somewhere. Miss Carrie came over to help James clean him up and after struggling with him for a day—handling his arms and legs was like folding and unfolding a large scarecrow—they laughed and cried at the same time, hugging each other and the bearded ragdoll brother and cousin and joking about where to prop him up next. James said put him in the cornfield to get them crows out but then he choked and went to the barn, cussing every rock on the way. For a while Miss Carrie stayed and sat by her cousin’s side and did her piece work. After coming over to James’s porch and trying this a few days and spooning soft-boiled eggs into Nathaniel and watching them dribble down his shirt front, she would sit by his side and do her piece work as neighbors walking down the street waved with that attitude that says what, I don’t know, Carrie told James, but I hate the worrisome solicitude. Go home and take care of your own, she hissed, with all this flu going around, you’ll soon enough have troubles of your own. After a few days, she tried putting some of his books in his hands but he let them fall on the floor. She played the mandolin and sang songs and fussed at him, “Nathaniel, you could at least speak or look at me.” But he stayed where he was, staring into some other place.

It puzzled them that Nathaniel showed up at the station wearing what looked like mission barrel hand-me-downs instead of his army uniform. And if he was sick or wounded, how come he wasn’t in some hospital? There were no answers. James went down to the county newspaper but all he could find out was that the hospitals in Lexington and Louisville were choked with veterans and influenza victims and he came back home more disgusted that he usually was. Maybe, someone said, he was already in a hospital and they put him out too. He can walk, can’t he?

For weeks he sat wherever James put him. He would eat enough to keep bone and fat together, he would do his necessaries, James told Dr. McCarty who was too busy with the flu to do more than nod, but he would not speak or give any sign that he heard. When led, he went; when stopped, he stood or sat. His face was a mask and his eyes in a deep study. But when the late summer rains came and the creeks swoll out of their banks he suddenly got up in the middle of the “worst straight-down flood of the goddamned century, walked out of the house and into the fields behind the tobacco warehouses, moving like he had somewhere to get,” James told the farmers at the sorghum mill. “At the first I tried to stop him. I’d throw him down in the street and Carrie would get ahold of him. He wouldn’t fight us but when we let go, he’d spring up and walk away from us like a shot, rain notwithstanding, sense notwithstanding, not a damn thing notwithstanding. So we followed and watched him for a while and then let him go. He stopped for horses and Fords and trains, so we figured somehow he knew what he was doing.”

“Or,” he added, looking down at his boots and tugging his ear, “so I reckon.”

Nathaniel walked. He walked from first light until after dark, getting drenched in the heavy cloudbursts that ended the parched summer and drying out in the sun like the stubbled fields and dirt roads. Carrie saw him pass the L&N section house by Aunt Sukey’s spring three times in one day, each time from a different direction. He walked steadily through late August and September but he would stop sometimes in barns and on people’s porches and sit, looking away somewhere as if he were expecting something, until there were bowls of soup in his hands or shawls on his shoulder where this one or that one would coax him by a stove to steam off his clothes. He still said nothing. One man found him fallen in a ditch by the cheese factory and “howling out these long despairing wails that sounded like no pain I’d ever want to know.” So they said to each other, the ones that heard him. But quiet, guarded, nodding, they let him be, and tended him as much as he would let them.

In October the hunting for rabbits and quail started and more than one hunter told of the wild-haired, wild-eyed man in a long coat who walked up and snatched the shotgun from their hands and threw it away. James followed this trail for a while, explaining, making peace, talking it out on his haunches with a piece of straw in his mouth.

Then there was a silence. After a week during which no one came forth or brought Nathaniel back, James went looking, cussing and snorting. He went east and west, asking, but no one had seen his brother. The goldenrod was blooming in the meadows, and heavy washboard clouds made him look up and shiver. Got to get him laid up for the winter, he found himself thinking. Finally he went south and east through Gravel Switch to see if the Prophet—his new name for his brother—had gone back into the knob country. At last he found him in a colored shanty town by an unused railroad siding.

The tale James told the stove sitters at the McCabe General Store in Woodlawn was, generally, this: that he heard a strange white man “with the promise” in a long coat and beard was living with the darkies and figured, yes, why the hell not, he’s done everything else. It was a Sunday when he got there, a cold November day with a little sleet tatting on the shanty roofs, and the first thing he saw when he opened the door to the little church was Nathaniel sitting up next to the preacher and the barrel stove, slapping his hands on his knees and singing in a croaky baritone, “Walking in Jerusalem Just Like John,” and smiling around. When the service was over, “Nathaniel came out with darkies handing all over him and petting him like he was Jesus himself.”

“I walked up and said, ‘Nate, time to go home now,’ and he looked at me right in the eye for the first time since he got back, and said ‘This will do for now, Brother James, this will do for now.’ And then, just after I got back in the T, he came over and patted me on the leg. ‘My books,’ he said, ‘please send my books. And give my love to Carrie.’”

That was it, James told them in Woodlawn. “I reckon he knows what he’s doing down there. But anyhow, he’s got a warm place for the winter even if he is eating hog parts and drinking chicory like any crow.”

Ken Craven describes himself as a scholar in exile. He has taught for over thirty years in colleges and universities—from the University of Kansas to the Sultan Qaboos University in the Sultanate of Oman, and last taught English and Honors at Tennessee Technological University in Cookeville, Tennessee. His short story, “Paying Attention,” won first place in the Mississippi Review’s Short Fiction competition in 1985. He lives in Sparta, Tennessee.

Prev91 and Not Dead Yet
Two PoemsNext