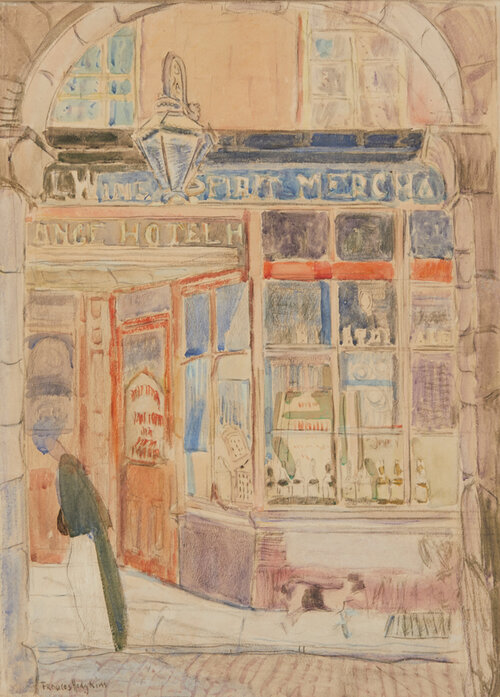 In Market, State and Community (1989), political theorist David Miller contends that, if there are just background institutions, people tend to get what they deserve in a market economy. In the course of his defence of markets, Miller makes several different arguments, including that people should be allowed to keep the rewards that follow from their natural abilities.[1] In this essay, I will defend this conclusion of Millers. First, I will defend the concept of desert ethics, as understood by Miller and others, from a common Rawlsian critique. Having then accepted the possibility and viability of a theory of ethical desert, I will advocate that personal responsibility is the best basis upon which to ground a desert ethic. Lastly, I will explore the two mutually conflicting interpretations of a responsibility-centred desert ethic that exist in relation to the issue of natural abilities; arguing in favour of the conclusion that allowing individuals to keep the benefits that result from their talents is the superior alternative, under this moral framework, from a practical standpoint.

The belief that individuals should be allowed to keep the benefits that follow from them exercising their natural abilities is rejected by a multitude of thinkers; chief among whom is John Rawls. Rawls saw a person’s natural abilities as “arbitrary from a moral point of view,”[2] and supported “a conception of justice that prevent[ed] the use of the accidents of natural endowment … [in the] quest for political and economic advantage.”[3] Therefore, allowing morally arbitrary natural abilities to benefit the individual who held them was, to Rawls, “the most obvious injustice of the system of natural liberty,”[4] because it enabled influences that were not deserved to impact people’s life prospects.

This conclusion is not only antithesis to advocates of an individual’s right to what they earn as a result of their innate capacities, but also has stark implications for the very possibility of an ethical framework based on the concept of ‘desert’ or ‘deserving.’ This is because, if you require the abilities that a person holds to be deserved ‘all the way down’ to some core factor that is itself also deserved, as Rawls does, then you establish, in Alan Zaitchik’s words, “conditions on deserving [that] are never satisfied by anyone.”[5] Indeed, if you accept that all that is deserved must be based on some other deserved characteristic, then, as astutely noted by American philosopher George Sher, “personal desert will play no role at all in determining which system of distributing goods is just,” because any system of desert becomes impossible to find grounds for, and establish.[6] This implication was not lost on Rawls himself, who explicitly rejected moral desert as a theory of distributive justice.[7]

David Miller explicitly denies this Rawlsian conclusion, instead asserting that “the basis for a judgement of desert need not be a personal feature that is itself deserved.”[8] Here, Miller’s position, and those of philosophers like him, is wholly defensible, because the Rawlsian argument outlined above has unacceptable implications. This is because, to quote Robert Nozick at length,

Indeed, because no one has ever done, or can possibly do, anything so as to deserve to be alive, then, to follow the Rawlsian requirement that all that is deserved must be justified by something else that is deserved, no one could ever be entitled to anything in their life by the fact that their very existence itself is morally arbitrary. Consequently, under the Rawlsian position, the entire notion of morality and ethics becomes questionable, as, in Nozick’s words again, it condemns “the very sort of process that brought us to be … [and] undercuts the legitimacy of our very existing.”[10]

Therefore, accepting that morality must, to ensure its viability and practical relevance, be rooted in something that is ‘arbitrary from a moral point of view,’ namely the fact of human existence, the Rawlsian conclusion that an individual is not entitled to their natural abilities on account of the moral arbitrariness of said abilities, disintegrates. In short, because morality, to some degree, needs to be grounded upon something that is morally arbitrary, it means that just because something is morally arbitrary, such as natural abilities, it does not follow that it is, by that fact, illegitimate. Furthermore, as it has now been demonstrated that it need not be that the foundations underpinning desert must themselves also be deserved, then desert ethics comes to the fore, rescued from its Rawlsian criticism; and meaning that, as George Sher puts it, “no satisfactory theory of justice can afford to ignore personal desert.”[11]

However, a desert-based ethic requires a basis upon which any claim of desert can be rooted; because it is a logical impossibility to deserve something without any concrete grounds for doing so. To Miller, this basis is “personal responsibility.”[12] This is a wholly logical and defensible moral position, because, to quote Polish scholar Wojciech Sadurski, “it makes no sense to attribute desert, positive or negative, to persons for actions or facts over which they have no control.”[13] Indeed, without responsibility for their actions, a person does not warrant credit, reproach, or any other form of unequal treatment for those actions. In the absence of this minimum standard, the concept of desert is meaningless, to the extent that some thinkers see the two notions as inseparably bound.[14]

However, the notion of a responsibility-centred desert-based ethic does not lead neatly to the conclusion that a person has an entitlement to their natural abilities. On the contrary, from acknowledging that, as Hayek saw it, “there is little a man can do to alter the fact that his special talents are very common or exceedingly rare,”[15] some scholars conclude the opposite; that individuals do not deserve rewards that result from their natural abilities because individuals are not responsible for the fact that they have those abilities.[16] Applying the principle, present in Miller and elsewhere, that justice necessitates that factors beyond our control are not allowed to determine a society’s distribution, they argue that the impact of natural abilities on the distribution of the social product should be annulled.[17]

Conversely, other scholars argue that it is for precisely the reason that a person is not responsible for their natural abilities, that they cannot, morally, face discriminatory treatment or be more burdened by society in the process of annulling the differences in outcomes that result from them.[18] Under a responsibility-based desert ethic, no one deserves to suffer for something that they are not responsible for. And, as someone is not responsible for the talents that they were born with, and given that any form of equalisation of the results that follow from natural abilities would necessarily entail a greater burden on those who have superior talents, then not allowing natural talents to influence the distributive outcome seems equally, if not more, unjust under a desert ethic grounded in personal responsibility. While this argument does not directly rebut the first interpretation of ethical desert in relation to natural ability, it certainly weakens its persuasive force.

Miller identifies this dilemma of mutually conflicting responses that a responsibility-centred desert ethic leads to, and describes the interpretations outlined above as “two imperfect solutions” from the perspective of voluntary control.[19] Moreover, he sides with the conclusion drawn from the second interpretation, and advocates for a person’s entitlement to the rewards that follow from their talents.[20] This is the superior interpretation and is defended below.

Under a responsibility-centred desert ethic, the central argument for accepting that an individual should be allowed to keep the unequal rewards that result from their natural abilities concerns the practical viability of disentangling effort from talent. First, it is clear that, once you reject ‘hard determinism’ as a position lacking in both experimental evidence and argument, that is impossible to live coherently under, and that, if taken seriously, would make any discussions on distributive justice meaningless,[21] then you have to conclude that personal choice and effort play some role in a person’s outcome. And personal effort is, by its very nature, something that an individual is responsible for; and so should be rewarded under a responsibility-centred desert ethic. This means that anyone wishing to equalise the impact of natural ability under such a moral framework must separate the allegedly deserved effects of effort from the allegedly undeserved effects of talent. However, such a distinction is, as one scholar aptly described it, “ridiculously impractical … [and] viciously intrusive.”[22]

Natural ability, as a concept, is nebulous, with a multifaceted nature and a complex anatomy. How people develop their natural talents, through the use of effort, is also extremely complicated. The upshot of this reality is that it is impossible, in practice, to, in the words of two contemporary theorists, “determine whether a particular element influencing the process of competition for advantaged social positions is either part of chance or of choice.”[23] To exclude natural ability from what an individual can claim as their own, under the guise of responsibility and ethical desert, presupposes that society can assess how much self-denial or effort every individual has put into whatever they apply themselves too, and that society has the capacity to distinguish between what part of an achievement is due to circumstances within a person’s control, and what part is not. This is unfeasible in a real-world setting; a fact that even some believers in desert ethics who advocate for the equalisation of talents begrudgingly acknowledge.[24] Ultimately, as Miller himself recognises, “abilities do not divide themselves neatly into those that are always native and those that can only be acquired by conscious effort … native ability in the relevant sense cannot be detected by external observation.”[25]