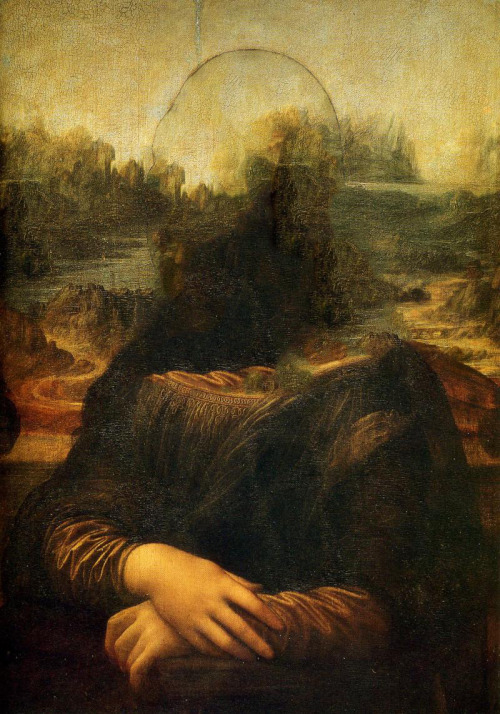 The very idea of nothing (or nothingness) is hard—or even impossible—to conceive or imagine. This means that (at least for myself) it fails David Chalmers’s idea of conceivability.

But can other people conceive of nothing? Do we even have intuitions about nothing or about the notion of nothingness?

So how can we even name or refer to nothing? (We shall see that Parmenides might have had something here.) There’s nothing to hold onto. Yet, psychologically speaking, thoughts about nothing can fill people with dread. There’s something psychologically (or emotionally) both propelling and appalling about it. And that’s why existentialists and other philosophers—with their taste for the dramatic and poetic—found the subject of nothing (or at least nothingness) such a rich philosophical ground to mine. (See if you can wade through Jean-Paul Sartre’s Being and Nothingness.)

The very idea of nothing also seems bizarre. It arises at the very beginning of philosophy and religion. After all, how did God create the world out of nothing? Did God Himself come from nothing? Indeed what is nothing (or nothingness)?

Not surprisingly, then, Giacomo Casanova (1725–1798)—in conversation with a priest—had this to say on the subject:

. . . while the earth, suspended in air, stood firmly at the center of the universe that God had created out of nothingness. When I said to him, and proved to him, that the existence of nothingness was absurd, he cut me short, calling me silly.

However, John the Scot—or Johannes Scotus Eriugena (c. 815–877) —had previously manoeuvred his way around this problem by arguing that God is actually the same thing as nothingness

How did God create the world out of nothing?

Does this mean, then, that God created the universe out of Himself, not out of nothing?

Thus the term “not-being” also has its own problems:

i) What is being?

ii) How can there be non-being?

The Greek philosopher Parmenides (5th century BC) based his philosophy of nothingness primarily on logical arguments. Though, as we shall see, this is a prima facie reaction to Parmenides’ position.

As soon as the subject was treated scientifically or empirically, however, it can be said that Parmenides’ extreme and seemingly absurd position began to fade away.

Parmenides argued that there can be no such thing as nothing for the simple reason that to name it means that it must exist. And nothingness (unlike a stone or a proton) can’t exist. This position was resurrected—if in modified form—in the 20th century with philosophers like Bertrand Russell and Willard van Orman Quine. The former obliquely supported it; whereas the latter rejected it. (See later.)

Parmenides’ argument is more complete than it may at first seem. Not only is nothing/ness an abstraction to reject; so too is the existence of historical facts or history itself. The possibility of change is similarly rejected.

These are his basic positions (it’s not an argument) on nothing:

i) Nothing doesn’t exist.

In the positions above nothing has been spoken of (it has been named). Therefore, by Parmenides’ own light, either nothing must exist or he had no right to speak of it.

What about the events in the past or the past itself? The positions are very similar.

ii) then we can’t speak of (or name) things or events of the past.

iv) Therefore when we refer to them, we’re referring to nothing.

Here again there are references to nothing; which Parmenides warns us against.

ia) If the past doesn’t exist,

ib) then only the present exists.

iia) And if only the present exists,

iib) then there can be no change from past to present (or present to future).

iii) Therefore there can be no change at all.

At the beginning of this piece it was mentioned that scientific or empirical philosophers rejected Parmenides’s ostensibly pure logical arguments. Aristotle is one example. Indeed he goes further than a mere philosophical rejection. He wrote:

Although these opinions seem to follow logically in a dialectical discussion, yet to believe them seems next door to madness when one considers the facts.

Nonetheless, Parmenides does seem to be on fairly safe ground. After all, Roy A. Sorenson defines a paradox

as an argument from incontestable premises to an unacceptable conclusion via an impeccable rule of inference.

begin from intuitively acceptable premises and derive from them a contradiction—something that cannot be true.

In other words, it might well have been the case that Parmenides used arguments which are both logically valid and sound. Or, as Aristotle put it, his “opinions seem to follow logically in a dialectical discussion”. It’s only when we concern ourselves with semantic (or otherwise) content—rather than logical validity and soundness—that problems arise.

So Parmenides doesn’t have it quite so easy. It’s also the case that there are logical arguments against his logical arguments. For a start, Parmenides arguments aren’t—in actual fact—purely logical in nature. (That is, they aren’t purely formal.) This is the case in the simple sense they also involve content. After all, he refers to the “past”, “things”, “change”, the “present” and whatnot. If his arguments had only used variables, propositional letters and other logical symbols (as autonyms), then he’d have been on much safer ground. As it is, his positions—even if they are backed up with logical arguments—are also philosophical (or ontological) in nature.

Leucippus on the Void

One way in which science impacts on Parmenides’ position is when it comes to the notion of the void.

Is the void “non-being” or is it something else? Why was the void seen as being “the opposite of being”?

Leucippus (early 5th century BC)—being a naturalist or at least a proto-naturalist – was the first to argue that the void is a thing. Nonetheless, it’s a thing without also being a “body with extension” (to use Cartesian terminology).

Leucippus decided that there is no void if it is seen as nothing. Instead we have an “absolute plenum”. This is a space which is filled with matter. And nothing can’t be filled with anything—especially not matter. Nonetheless, that didn’t solve the problem of motion because the plenum was also seen—in Leucippus’s day—as being completely full. Thus how could there be motion within it? Leucippus opted for the solution that there are many plenums; which presumably meant that objects can move from one plenum to another plenum. Democritus (circa 460 BC – 370 BC) seems to have taken this idea of multiple plenums further. He believed that the void exists between things or objects.

Aristotle—being a great empiricist and scientist—offered the obvious (in retrospect!) solution to Parmenides’s ostensible paradoxes. He simply made a distinction between things which are made of matter and things which aren’t made of matter. The latter includes space. In other words, space isn’t non-being or even a void. It is, instead, a “receptacle” which acquires objects or in which objects can move.

Bertrand Russell—over two thousand years later—also offers us a good take on this.

Russell—also as an empiricist—started with observed data. He observed motion! From his observation of motion, he then constructed a theory. This is unlike Parmenides; who, when he observed motion, disregarded it for philosophical and logical reasons. In other words, for the Greek philosopher, logic and philosophy trumped observation.

Russell and Quine on Nothing

Bertrand Russell—in his 1918 paper ‘Existence and Description’—believed that in order for names to be names, they must name—or refer to—things which exist. Take this remarkable passage:

The fact that you can discuss the proposition ‘God exists’ is a proof that ‘God’, as used in that proposition, is a description not a name. If ‘God’ were a name, no question as to existence could arise.

That, clearly, is fairly similar to Parmenides’s position on the use of the word “nothing”. Russell’s argument, however, is very different. Personally, I don’t have much time for it. It seems to have the character of a philosophical stipulation. It’s primary purpose is logical and philosophical. Russell, at the time, was reacting to the “ontological slums” (as Quine put it) of Alexius Meinong. However, this semantic philosophy (as I said) simply seems like a stipulation (or a normative position) designed to solve various philosophical problems.

As for Quine, he has no problem with the naming of non-beings or non-existents (though non-being and non-existence aren’t the same thing). In his 1948 paper, ‘On What There Is’, he firstly dismisses Bertrand Russell’s position. Quine, however, puts Russell’s position in the mouth of McX and uses the word “Pegasus” rather than the word “God”.

He confused the alleged named object Pegasus with the meaning of the word ‘Pegasus’, therefore concluding that Pegasus must be in order that the word have meaning.

Put simply, a name can have a “meaning” without it referring to something which exists (or even something which has being). Quine unties meaning from reference; whereas Russell only thought in terms of reference (or, at the least, he tied meaning to reference).

Parmenides, of course, makes similar mistakes (as we’ve seen). He didn’t think that a name could have a meaning without the thing being named also existing or being. However, we can speak of something that doesn’t exist because the naming of such an x doesn’t imply its existence. Though—in homage to Meinong (as well as, perhaps, to the philosopher David Lewis)—Russell would have asked us what kind of being the named object (or thing) has.

Thus Russell’s theory is an attempt to solve that problem by arguing that if a named x doesn’t exist (or have being), then that name must be a “disguised description”. (In the case of the name “Pegasus”, the description would be “the fictional horse which has such and such characteristics”.)

So, as we’ve seen, nothing (or nothingness) is a difficult notion to grasp. Yet philosophers throughout the ages have had a good stab at it. The problem is (as ever with philosophers) that they’ve said very different things about it. Then again, nothing (or nothingness) also perplexes physicists and cosmologists; as indeed it does the layperson. Perhaps it’s precisely because there’s nothing to grasp in the first place that the notion has thrown up so many absurdities and surprises.

Does all this therefore mean that anything goes when it comes to nothing or nothingness?

PrevBe Very Afraid, or Not
Driven to Despair: The Return of American SocialismNext