Once and For All: The Moon has No Antisocial Effect 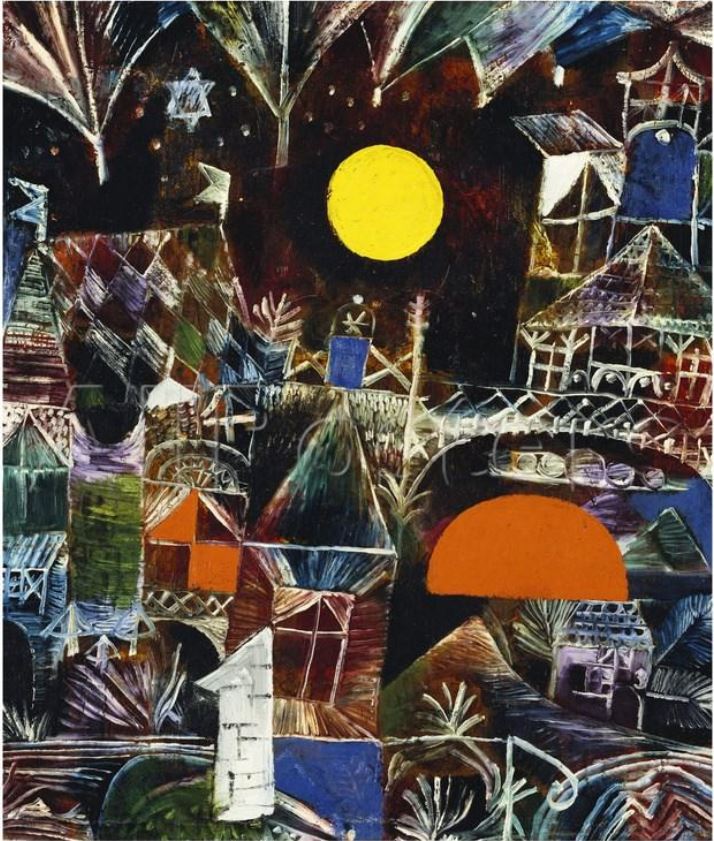 The question of whether the full moon affects human behavior is a persistent one, one that is viewed as either amusing, curious, or irritating. Although few question or are concerned about its effect on romantic behavior, it is otherwise with assertions that aberrant behaviors increase during the full moon. In this latter regards, the words lunatic and lunático come to mind, as well as references in classical literature, such as the following:

From England, in Shakespeare’s Othello: “It is the very error of the moon; she comes more near the earth than she was wont, And makes men mad.”

From Austria, in Meyrink’s The Golem: “Obviously, after what I had just seen, he was an acute case of somnambulism—the kind of persons highly susceptible to the influence of the full moon.”

From France, in Huysman’s Lá Bas: “At every change of the moon, the number of sick people augments. The acute crises of fever coincides with the phases of our satellite. Finally, there are lunatics. Go out in the country and ascertain at what periods madness becomes epidemic. But does this serve to convince the incredulous?”

There is also some evidence that the Mayans believed, like their European counterparts, that the moon was connected to mental disorders.

Formal interest of the question began in the second half of the past century, when the country’s scientific zeitgeist changed. Prior to that time, the prevalent attitude by scientists towards topics which were considered paranormal (astrology, UFOs, moon madness, Velikovsky, Bermuda Triangle, crystal power, Loch Ness monster, cold reading, palmistry, etc.) was one of haughty contempt, topics with which no reputable scientist should soil one’s reputation, not to mention that to treat the topic seriously would presumably give them respectability. That attitude was radically reversed in the late 1960s and 1970s. This was due, first, to the sudden proliferation of books and films in the culture promoting the superstitions (as well as an anti-technology movement) which appeared to recruit a wide following, and it was realized by many scientists that the public had no scientific facts with which to question the New Age assertions.

The second was the rise of what perhaps could be called the “Young Turks” in the scientific field. As an offshoot of the questioning and defiance of authority that became the norm in society during that time, a number of scientists, some of them well-known such as Asimov and Sagan, insisted on investigating the anomalous claims, sometimes having symposia at the AAAS conventions, after some resistance. Aside from the symposia, individual scientists also took up the cudgels independently. The overall attitude of these “Young Turks”—admittedly, some of them not very young at all (Carl Sagan, Philip Klass, Larry Kusche, Clifford Wilson, Donald Menzel)—was that if scientific principles were applied, either the anomalous claims would be refuted and the public informed with the resulting demise of the paranormal claims, or, a new phenomenon worthy of investigation would open up. The overwhelming outcome was that the superstitions conclusively turned out to be just that, superstitions, devoid of reality.

Read More in New English Review:
Driven to Despair: The Return of American Socialism
Be Afraid, Or Not (Book Review- The Terror of Existence)
Nothing?

One of these paranormal topics was what some jokingly referred in the literature as the “Transylvania Effect,” the supposed general aberrant effects of the full moon on human beings. Supposedly, whenever there is a full moon there is an increase in crime, or mental illness, or other anti-social behavior. What is both puzzling—and irritating—with this one topic is that after all this time, the results do not appear 100% conclusive. Incidentally, belief in the harmful effects of a full moon on human behavior is correlated with belief in other paranormal topics.

But, then, there were also contradictory findings. Numerous studies, during the same period of time, found negative results were obtained for the rate of homicides, suicides, reported drug overdose in five metropolitan hospitals, emergency calls to a telephone crisis intervention service, the frequency of use of the psychiatric emergency room and reported crimes to the police. There were also negative results for completed suicides in America, Britain, Spain, or Norway and serious crimes of battery in Germany. One study found no evidence in Canada for aggression during hockey games, while another entitled, “The Moon is Acquitted of Murder in Cleveland,” found no relationship between lunar cycles and homicides in the city. On a much less dangerous behavior, there was a study that examined the effects of the full moon on daily absenteeism rates in a large organization and also found no significance.

In regards to medical problems, negative results were 100% consistent: negative results have been found in admissions to a hospital’s emergency room in the United States, Holland, Iran, and Spain, nor specifically for admissions to hospitals for dog bites. Additionally, inside the hospitals, studies found no reported increase of pain during the full moon by surgical patients nor that lunar phases correlated with acute coronary events leading to myocardial infarction or sudden cardiac death. In Turkey, no connection was found between lunar cycles and spontaneous pneumothorax, although they did find a statistically significant correlation with humidity, atmospheric pressure and outdoor temperature. And for good measure, a recent German study found that neither moon phases, zodiac signs, nor Friday the 13th had any influence on blood loss, emergency frequency, and intestinal perforations.

However, there was a shortcoming to all the (nonmedical) studies, positive and negative. This is the fact that there were no captive-or-volunteer subjects who were sequestered and monitored for their behavior during the different phases of the moon. This means that it was entirely possible for a number of individuals to act out, yet not have come to the attention of the authorities, either voluntarily, or otherwise. Consequently, I carried out just such a study using inmates in a metropolitan jail population, the rationale being that (a) if these individuals were to act out, they would come to the attention of the authorities, since they were being constantly monitored and (b) such individuals are notorious for their antisocial behavior. No increase in aberrant behavior was found during the full moon.

Going one step further, towards the end of 2016, there were three “supermoons” back to back. During these perigee-syzygy “supermoons,” which were also full moons, the moon was 14% larger and 30% brighter. Consequently, whatever the alleged mechanism (gravitational, temperature, magical, or other) for supposedly eliciting aberrant behavior during a full moon, it should have been greatly enhanced during this period, and a significant spike in fights by convicts have taken place inside prisons. In four different state prisons in the United States, there was no increase in fights or attempted/completed suicides. If the opposite had been the case, with the advent of the supermoons, one would have expected those prisons to have been burnt to the ground and mass assaults/killings to have taken place. Indeed, the very same thing should have occurred outside of prisons: society should have collapsed into chaos during the supermoons, similar to Isaac Asimov’s novel, Nightfall (it did not).

So, when all is said and done, what can we conclude? Past reviews and meta-analyses of the overall subject have pointed out flaws in those studies supporting a connection between the full moon and aberrant behaviors, most of them involving statistical flaws, such that in one occasion data that was re-analyzed yielded negative results. Some reviewers also argued that positive results may have simply been false positives, i.e., Type I errors. Confounding variables were also pointed out, such that increased vehicle accidents during a full moon in one study coincided with weekends, when an increase in accidents always take place. One very recent study carried out nationwide in Austria on 65,206 suicides for the years 1970-2006 is important because it did not find a relationship with lunar cycles with such an enormous sample, but, subsequent analysis by year and sex yielded results resembling those of studies with positive findings, that is, sporadically significant findings that were entirely absent in the overall analysis and directionally erratic, thus suggesting they were spurious, or, an instance of Simpson’s paradox.

There is also the possibility that an increase in anti-social activities or in admissions to mental health settings, could be due to a self-fulfilling prophesy. After all, it is commonplace to view a beautiful full moon and consciously decide on having a particularly romantic date that evening. One can just as easily imagine that some individuals who truly believe that the full moon makes one “do crazy things” will act out in just that manner.

Incidentally, the question of how, exactly, the illuminated full moon—as opposed to the non-illuminated new moon—directly affects behavior has never been convincingly presented. It is just assumed to happen. A magical element, or a gravitational factor, is implied.

There is also no question that the myth of the full moon will anecdotally persist in society, simply because it is fun to do so. Like the Loch Ness monster, the abominable snowman, Friday the 13th, UFOs, astrological signs, and the like, there is a strong element of amusement and entertainment in the idea and so they persist. Regardless, it should be obvious by now that the idea that the full moon adversely elicits aberrant behavior in human beings simply cannot be taken seriously by anyone.