One Holiday a Glittering Shepherd 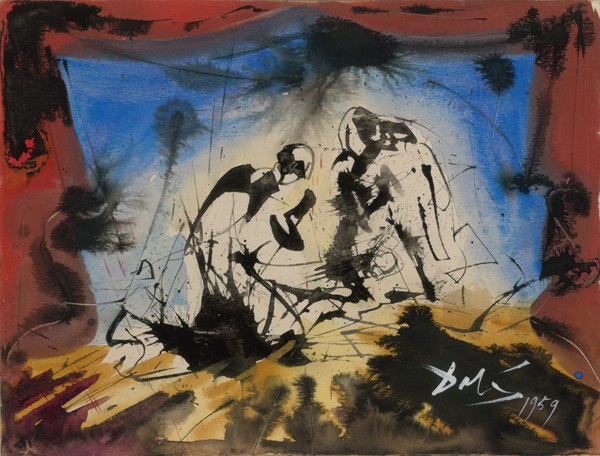 with staff, hanging from our Christmas tree,
related that his brother had abandoned him
to drink in Nazareth,
leaving him to watch the sheep.

And who was I to argue with a porcelain ornament
speaking with such clarity and certainty
on Christ’s Eve?

Although wise men followed stars,
lost in the historical account, he continued,
moreover sheep, and rabbits and cows did too.
All fled towards Bethlehem, he said quite vexed.
He arrived to find a husband there beside himself,
with his woman worn and giving birth.

Having dropped no end of mewling lambs
from bawling ewes on pasture sides,
he was enlisted, pushed up front
and pressed to loose a Child of God.

The birth was rare in that it glowed, the shepherd said,
from first glimpse till brilliance after.
He gasped. The donkeys blinked. His helpers screened their eyes.
Thankfully, this gleaming Christ dimmed thereafter
being cleaned and swaddled and fallen fast asleep;
wherein the star above swelled doubly large.

Her maiden name was Finklestein, his Levy,
and they kept in touch thereafter.
He’d send the boy carved sheep for Christmas,
which He saved and played with, Mary related,
in loving letters,
eventually accumulating quite a flock.

Carl Nelson has recently finished his book, The Poet’s (40 Pound) Weight Loss Plan, comprised of instructional prose and poetry. Using his method he is walking forty pounds lighter with normal fasting glucose levels and not snoring at night, while currently working on a second volume of Self-Help poetry, The Poet’s (29 Year) Marriage Plan. He lives in Belpre, Ohio where he considers existence while walking his ginger dachshund, Tater Tot. Read about the author and his newest book here.