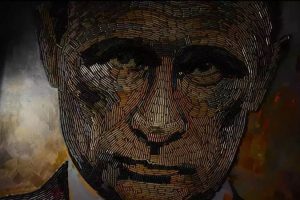 Hope is a waking dream. —Aristotle 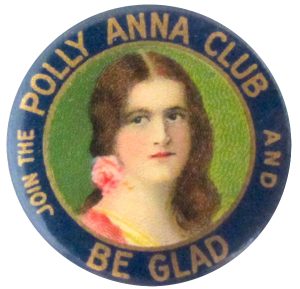 An old cliché tells us that “no news is good news.”

Today, that aphorism might come out of rewrite as “good news is not really news.” A recent BBC piece, under the ironic rubric of a “war on truth” told of a woman in the port city of Mariupol who heroically gave birth amidst a Russian bombardment. The narrative was an inane argument about whether or not the women was a propagandist.

Given the strategic significance of Mariupol, the truth of such a yarn is moot when the real story of that day was the unarguable loss of a strategic city and the defeat of an operationally significant Ukrainian military asset. The Azov Regiment was the most iconic, albeit, neo-Nazi unit in all of Ukraine. Azov fighters, some say thousands, who surrendered in Mariupol are now being shipped to Russian territory, chits for the inevitable prisoner exchange.

The 30 some odd, albeit smaller, Right Sector “volunteer” groups in nearby Donbas are now in the Russian crosshairs. If the Russian Army takes the industrial Donbas, Putin’s strategic goal of “de-Nazification” will have been achieved.

On the same day, AP also ran a piece about the Azov fighters trapped in the Mariupol Steel Plant claiming that the regiment/battalion had “fulfilled their duty,” clearly a media recitation of Kiev’s party line. Worse still was a Washington Post headline which read “Ukraine Ends Bloody Battle,” as if Kiev had any real say in the matter.

We are led to believe, according to too many western news sources, that the Russian victory in Mariupol was no big deal. If the truth were told, Russia’s southern strategy, in fact, seems to be going well.

Take the “grain war” as an example of another under- reported front where Russia also prevails.

Russia and Ukraine produce a globally significant portion of the world’s wheat, corn, and cooking oil. The loss or control of these commodities in world markets doesn’t just aggravate the persistent supply chain crisis in the West, but threatens to precipitate a global famine, to say nothing about the impact on western financial markets where inflation is already impoverishing millions.

Russia may have lost McDonald’s but she has not lost Europe’s breadbasket.

Large scale commodity shortages put things like bread beyond reach for many, potentially undermining the polities in dozens of unstable Third World sierra hotels. Indeed, Russia has also seized the lower reaches of the Dnieper River, a vital line of communication that runs north/south from Kiev to the Black Sea. Where do you read or hear about this?

Putin’s army has also created a land bridge/resupply corridor between mainland Russia and the Crimean Peninsula along the Azov/Black Sea coastal littoral. Where have you heard about that operational milestone?

If Mariupol is a precedent, how eager will Odessa be to suffer a similar fate? Mariupol was an industrial slum before Russia created a ruin. Odessa is a last vital port—and an iconic seaside resort city.

The Kremlin clearly has the power to put its thumb on global energy and commodity markets where the pain is felt from Berlin to Brooklyn. Yet, team Biden wishes away the ominous by claiming that inflation is “transitory” and the food crisis is only “a distribution problem.”

If we know nothing about European history, we should recall Napoleon’s and Hitler’s experience with Russia. Moscow learns quickly from tactical or operational military setbacks. Would that you could say the same about Brussels and Washington. Unlike the Pentagon, the Kremlin will sacrifice or fire as many generals as necessary until it finds Zhukov’s heir.

More importantly, Moscow’s pain tolerance, call it sacrifice quotient, is significantly higher than what we can expect from an imperial NATO or a smug EU. Most of continental Europe folded like a cheap tent in the last great war. Hungary and Turkey have already defected today. China, India, and the Muslim world were spectators from day one. Clearly, most of the world’s population is not betting against Russia in Ukraine.

George Bush had a telling slip of the lip the other day when he confused the invasion of Iraq with Ukraine. Indeed, Putin has better reasons for being in Ukraine than America ever did for invading Afghanistan, Iraq, or Syria.

Moscow is also well positioned to exploit the cupidity, if not stupidity, of near universal liberal (nee socialist) bias; that globalist narrative, where Brussels and Davos are presumed to be on the right side of history. Arrogance and presumptions of moral superiority are the landmines embedded in our hubris.

As NATO, the EU, and Kiev whistle in the dark, they fail to appreciate the hazards of optimism. Pollyanna was actually a bitch. If you are candid about your opponent; no harm, no foul. When the enemy falters or fails, your truth looks prophetic. You exceed expectations.

Conversely, if you put too much faith in your presumed moral or ideological superiority, all bets are off. Globalist cant is no match for nationalism. Underestimating an enemy is a fatal strategic flaw, as in picking a fight with the wrong thug in a very bad neighborhood.

State controlled and commercial reporting on Ukraine to date has all the earmarks of impending disaster.  Zelensky has been canonized as a white knight, when in fact, as autocrats go, he may just be Washington’s latest “useful idiot.” Zelensky now controls all media outlets, has eliminated opposition political parties, and even cancelled external critics like Oliver Stone by prohibiting visits to Ukraine.

Any of these official policies ring a bell?

Moscow’s end game is pretty clear; an end to NATO expansion and some assurance that Russian border states are at best, neutral; and at worst, demilitarized. In fact, the Kremlin has been asking, peacefully, for such assurances for 30 years or more. Brussels and Washington, in contrast, have ignored Moscow’s security concerns whilst stumbling East from trope to cliché with no strategic calculus, goals, or clarity.

The Kremlin is now in the process of creating the realpolitik border buffer that diplomacy, mutual respect, and common sense has not allowed since 1990.

If victory in Ukraine or improved global security is a function of leadership, Vladimir Putin vs. Joseph Robinette Biden, where would you put your money today?

PrevNasty: Notes from a Protest and an Encounter with the Executive Director of the Cultural Center of Cape Cod
Huckleberry DaysNext