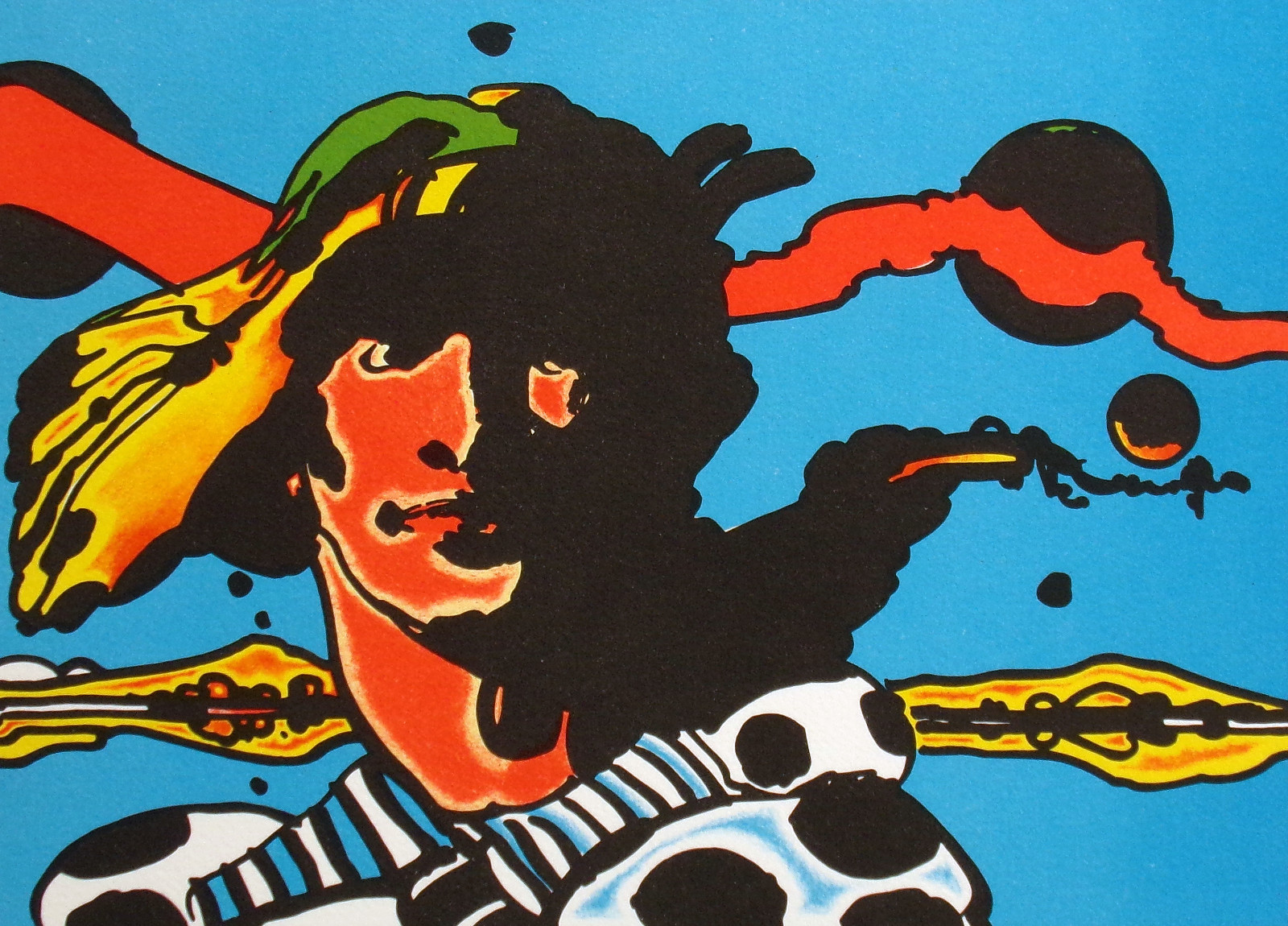 Some lit crit can be too bravissimo for its own good. This tenth anniversary of the publication of Planet Narnia from the Oxford University Press is occasioning commentary on that sort of work. When I read it during its first year in print, having already read a pre-publication account of it in an English newspaper and been approached by a friend to help promote it, I was greatly impressed by its authoritative reach and expository power: Ward knows Lewis and much else and often writes with pellucid drive. Yet, though having gained a measure of traction in the U.K., it has been somewhat less successful in the U.S. Some years ago my suggestion to the New York C. S. Lewis Society that Planet Narnia was a rich book well worth the read was, owing to Ward’s absolutism, greeted dismissively.

In its breadth Ward’s study of the presence of medieval cosmology in the Lewis oeuvre is the richest we have: literary scholarship and intellectual history of a high order. His chapter on Jupiter, for example, is typically excursive: probative, kinetic, virtually dispositive. Moreover, that, along with Ward’s Herculean effort in getting Lewis into Poet’s Corner in Westminster Abbey, secures his standing as among the most faithful and effective stewards in the Republic of Lewis Letters.

Read More in New English Review:
Bats on Strings
Pop Socialism, Circa 2018
Driven to Despair: The Return of American Socialism

Fulsomely expounded mostly in the second half of the book, his thesis is this: the medieval conception of the seven heavenly planets provides the organizing principle of The Chronicles of Narnia, that each book is, so to speak, informed, or presided over, by a different one of those planets so pronouncedly as to be, finally, determinative, and that knowing this unfolds, or “decodes,” the hidden meaning of the series. In Ward’s words, the paradigm “determines the overall shape and feel of each story, governing the architectonics of each narrative, the incidental ornamentation, and also, most significantly, the portrayal of the Christ-like character of Aslan and the Spirit . . . he imparts.” (I have not seen the doctoral dissertation that is the basis of the book but do wonder if in it Ward makes quite the same sweeping claim.)

Unfortunately, in arguing his central proposition—the point, after all, that gives his book its moment and about which he has published a second book, with a film documentary (in which I appear) to accompany it—Ward leans too far over his skis.* My intention here is not to argue a case against the grand thesis but rather to sketch my thinking respecting some aspects of it, beginning with this analogy. You enter a house the likes of which you’ve never visited: re-assuring, endlessly variegated, transcendently beautiful. As you dwell therein you discover levels upon levels, corridors off of corridors, and hidden rooms each more fascinating, exciting, promising, mysterious and fulfilling as the last. You have been unsettled (were you even in the same space-time continuum that you had left?), re-settled, and, somehow, your soul has been enlarged.

Then you learn about the house. Many writers trace within its structure the Judeo-Christian mythos of a Creator-God who, after his creative act and with many trials for and guidance of his creatures, will re-appear, die, come back to life, disappear, and eventually raise the whole edifice as a new, fresh creation. Another allows that Edmund Spenser’s Faerie Queene was its architect’s dispositive influence. Still others—it really is quite a house!—complain of too many explanatory keys: fairy tale and folktale lore, Greco-Roman and Nordic mythology, even the works of other architects, all jostling (as one writer puts it) “hugger-mugger without apology.” Why, even one of the architect’s dearest friends (J.R.R. Tolkien, no less), when responding to the claim that this diversity exists in people’s minds, said, “not in mine, or at least not at the same time.”

You are interested in these claims; after all, the architect is a font of endlessly fascinating ideas, inventions, and inspirations. Yet none of the claims alters the effect of the house proper upon your heart, mind and soul. And so, when you learn of a brilliant new pattern by which to view the house, a sort of x-ray device, you appreciate it, even though it really does not “see through” the mysterium (as the architect has elsewhere warned us against doing, for to see through everything is to make everything invisible). In short, seeing what may be a map of the plumbing does not make the water flow more refreshingly.

As I’ve suggested, along with his scholarship Ward’s conviction and enthusiasm pull the reader along—but also mask some potholes. To show that Lewis was sometimes secretive, even deceptive, and oblique in several of his works (argumentatively atmospheric but well-known) does not compel the conclusion that he was secretive about his systematic implantation of medieval cosmology as the commanding design in each of the Chronicles of Narnianon-sequitur. To adduce Lewis’s “On Stories,” a discussion of an adjectival allure in many tales (for example, the “redskinnery” of Fenimore Cooper), as evidence that such allure was contrived as a secret and works in the stories as such is special pleading. That is, in the essay Lewis simply does not mean narrative secrecy but something much closer to mood or coloration.

Furthermore, to find, in some stories, an ample amount of planetary imagery, then to posit that imagery (indeed, that entire cosmological model) as evidence of the guiding Lewisian intent, is simply question-begging (as well as the fallacy of composition, attributing to the whole what is true of a part of that whole). Finally, on the question of the absence of any direct evidence with respect to this Lewisian intent, Ward circles back to Lewis’s secretiveness: one would not expect such an artist ever to let his cat out of the bag.

The big bang for Ward’s theory was a nocturnal epiphany: “The Narniad, I now started to see, was a literary equivalent to Holst’s Planet Suite . . . [the insight was] analogous to a religious revelation . . . I did jump from my bed in a state of undress.” In that light I’m reminded of Lewis’s response to such enthusiasm. In 1960 he wrote to Alastair Fowler (answering Fowler’s account of a book) of “the little haunting fear ‘Is he beginning to see pictures in the fire?’”—as many critics “end by doing.” And in 1963, in a letter to Merril Rogers, he wrote that often speculations “have a strange way of causing people who have found something to claim that they have found everything.”

Of course, such excitement motivates enormous research, as well as an expository energy to match, especially when issuing from a mind as well-equipped and -ordered as Ward’s. Yet the harm is a statement like this: “In The Lion, the divine figure is Jove incognito”—not Aslan, not God. Are we to suppose that Lewis has written a pagan masterpiece? Moreover, Ward’s facile “one might reasonably expect” Lewis to follow through on his Christology in all the books is simply to ignore the structure demanded by Lewis’s over-arching biblical rubric; after all, Aslan (as he makes clearest in The Horse and His Boy) is all three Person of the Trinity, not only the Second.

One critic in particular makes the best sense. In “Some Planets in Narnia: A Quantitative Investigation of the Planet Narnia Thesis” (in the journal VII: an Anglo-American Literary Review) Justin Barret allows (with Notes and Charts abounding) that Ward’s thesis is vindicated by some tales but certainly not by others; in fact, some directly contravene the thesis (I share Barret’s conclusions):

Given the evidence available, it does not appear that Ward’s strong thesis withstands scrutiny. That Lewis deliberately wrote the seven books of the Narniad each with a different Medieval planet as the source for moods, themes, images, and concepts is not supported. We do not have enough evidence to say that Ward has fully cracked Lewis’s code for all seven books. A weaker version of Ward’s thesis—that Lewis used Medieval astrological ideas as inspiration for most of the books—is supported by the data. The irregular pattern of results suggests Lewis did not systematically follow a formula.

However, Barret goes on to say that “this failure would not undercut Ward’s sizable intellectual contribution in identifying the affinities between The Chronicles of Narnia and Medieval astrological imagery.” In short, he has fruitfully added to the ‘hotch-potch’. But there is an additional value, too. Ward and scholars who x-ray Lewis’s and other authors’ works surely teach us something about those works, but they tell us at least as much about how those authors evoked an internal landscape, valuable knowledge. So by all means know as much as you might about our providential architects: in the particular case of C. S. Lewis and his Narniad you will greatly profit from reading Planet Narnia. Just don’t mistake one blueprint for the whole house.

* Not very long ago a scholar argued that alchemy is central to the narrative weave of Perelandrandra, the second in Lewis’s Space Trilogy. Fifty-plus years ago, in a master’s thesis, I showed the ubiquitous presence of Frazer’s Golden Bough, along with Jung’s theories of Archetypes and the Collective Unconscious in the same book. Lewis had absorbed both Frazer and Jung, and there they were, all over the place, and, since Jung was deeply immersed in alchemical thinking, both that other scholar and I are correct. Still: no decoding.