Reflections on The Museum of Permanent Revolutionary Consciousness 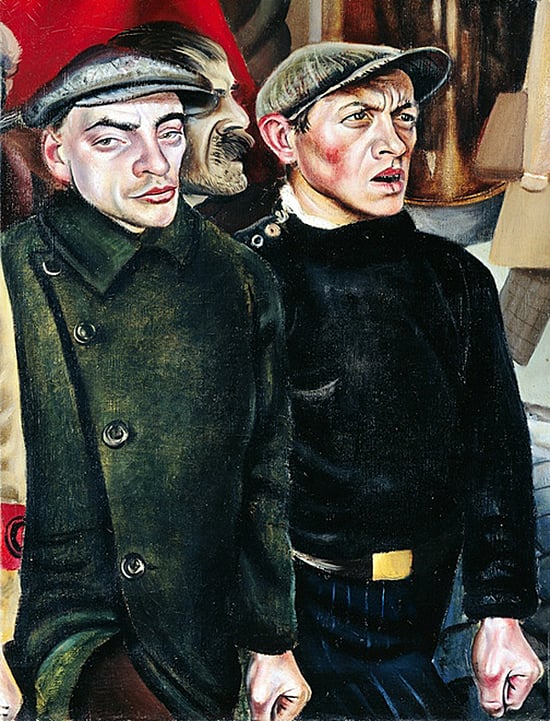 Here is a recent attempt to define the term ‘museum’ put forward by the International Council of Museums:

A museum is a non-profit, permanent institution in the service of society and its development, open to the public, which acquires, conserves, researches, communicates and exhibits the tangible and intangible heritage of humanity and its environment for the purposes of education, study and enjoyment.

Much of this seems uncontroversial perhaps, although the word ‘education’ is where some of us might balk. Clearly, this term can mean many things to many people; its definition is itself more open to question than the term ‘museum’ itself.

C.S. Lewis in his A Preface to Paradise Lost points out

The first qualification for judging any piece of workmanship from a corkscrew to a cathedral is to know what it is—what it was intended to do and how it is meant to be used. After that has been discovered the temperance reformer may decide that the corkscrew was made for a bad purpose and the communist may think the same about the cathedral.

What is a museum intended to do and how is it meant to be used? I was reflecting on Lewis’s statement recently while recalling visits I have made to two such institutions, one very recent and one I made over forty six years ago.

In 1974, in the capital city of an Eastern European country, then forming part of the Soviet dominions, I was engaged in conversation by a member of the Komsomol (the Komsomol was the youth division of the Communist Party of the Soviet Union and later of the sad nations controlled in its imperialist clutches).

The youth was a good looking, bespectacled person who spoke English with a reasonably communicative ability. He encouraged me to accompany him on a visit to the sites of the city, while no doubt killing two birds with one stone; viz. investing in his party’s educational, that is propagandistic undertaking, while practicing his English language skills. Incidentally, I recall also that he claimed, somewhat inexplicably, to be a fan of a recently formed popular American music ensemble known as KISS According to Wikipedia the band was

The young communist may have thought (or been taught to think—if there is a difference) that claiming to be an avid follower of the latest trends of Western rock music would give him some street cred amongst the travelers who briefly stayed at the dreary hostel catering to the intrepid backpacking generation (of which, I hasten to add, I was a non-drug-taking participant).

Having time on my side, I accepted his invitation. Our first stop was the curiously named ‘The Museum of Permanent Revolutionary Consciousness.’ What the building had been before the communist putsch I do not know. I describe below a few of the exhibits displayed in that edifice given over to the fairy tales of revolutionary and utopian beliefs.

The first exhibit was a complete gallery room dedicated to a hero of the nation who had suffered martyrdom at the hands of ‘rightist’ elements. A large oil painting hanging on one wall depicted the scene of his trial. Whether or not the defendant was truly heroic in his attitude of defiance against the ‘fascists,’ I do not know. He must long ago have passed on to wherever it is that devout communists go when their material body becomes immaterial.

A dusty glass case in another smaller room contained an exhibit of decadent Western pornography. This contained a couple of Playboy magazines from circa 1960, open to not very explicit photographs of ‘glamour models,’ who were by the standards of today’s lingerie ads rather modestly draped. Nevertheless, the issues had been heavily thumbed and dog-eared, having almost certainly passed through the willing hands of the nomenklatura before being presented to the museum for the instruction of that nation’s viewing public.

In another gallery, a glass case featured an American imperialist ‘Spy Satellite’ and various accoutrements connected with imperialist spying (remember, in those days everything associated with America was ‘imperialist,’ just as in these days everything is ‘racist’ or something called ‘white supremacist,’ whatever these two latter terms denote). Of course, I had no way of knowing whether the featured satellite was the real thing or a fake.

My gaze was directed to a sequence of line drawings indicating where and how this object was found and eventually made its way to the higher authorities. The illustrations showed simple country folk discovering the satellite and how they informed the local village communist party head honcho (slightly less simple) who in turn informed the bigger bosses, who were not simple. The rustics loaded the object onto a wooden cart, and a couple of horses lugged the prize to a local town, and so on. As I recall, the final illustration showed these simple and very proud country folk being presented with a hero-of- the-motherland award by some very great hero of the same motherland.

The young Komsomol also introduced me to an attached smaller building which housed a collection of Eastern Orthodox religious icons from a previous and much despised era. I must have lingered too long over the subtle and delicate renderings representing the faith of their creators, since my “docent” hurried me along announcing something about their outmoded feudal values or some such. I wasn’t able to read the labels describing the icons, but am fairly sure they instructed the reader in much the same Marxist orthodoxies.

That more or less exhausts my memories of that visit. Did the exhibits work as they were no doubt intended? I am not certain that they succeeded in their avowed purpose: that was to instruct or persuade the visitor, be he native or traveler from an antique imperialist land, in the superiority of the communist ways. Some western useful idiots eager to take in the delights of this utopia in-the-making were probably fooled. Think, for example, of a notorious senator representing the state of Vermont who apparently “honeymooned” in the Soviet Union. Or think, if you can brave it, of Michael Moore, a US documentary film-maker, who was easily fooled by the Potemkin facades of Cuba (and whose caloric intake must be three or four times that of the average Cuban).

Were the relatively oppressed ‘proletariat’ fooled? Some no doubt were—mainly those who did not have to suffer the gloom and desolation inflicted in that unfortunate place, by virtue of their elite standing. But some have pointed out that the witticisms and anecdotes whispered by the inhabitants of these realms, point to a different story. Famously, jokes about the perversions of the creed and its leaders’ stupidities were apparently widespread, indicating that large segments of the populations knew the game. Jokes about the system abounded from Khrushchev’s time onwards. Here, for example, is a good one, recounted in Francis Spufford’s Red Plenty, which, by the way, is highly recommended to anyone interested in that failed utopian fairy tale.

Question: What do you call Khrushchev’s hairdo? Answer: Harvest of 1963.

So these exhibits dedicated to ‘permanent revolutionary consciousness’ did not finally serve the communist cause. Horrifyingly though, the dangerous blatherings of the left remain with us: so there may be some permanence to the underlying project. Like a perverted version of Ovid’s miraculous pitcher as retold by Nathaniel Hawthorne, the rubbish bin of socialism continually fills up with nonsense from generation to generation; it is never empty.

Clearly, not everything in the authoritarian songbook worked efficiently towards the goals of the ruling elites. The purpose of the Museum of Permanent Revolutionary Consciousness was spreading propaganda to assist the maintenance of the Soviet empire; that empire collapsed. As Lewis pointed out, the temperance reformer may decide that the corkscrew was made for a bad purpose and the communist may think the same about the cathedral. But we are still (if we make some effort) somewhat free to decide that various forms of bias are not convincing, or it may be, laughingly obvious. There is a need to expose the true intentions behind at least some exhibits and the labels accompanying them. And of course, these are just a small element in our own propaganda-suffused culture. So much of what we observe in the culture at large seems like a vast gallery of exhibits continually shaping and then reinforcing our beliefs and thoughts.

I recently visited an important privately-funded art museum in the United States. What is it intended to do? Does it have a mission statement and does it live up to it? And are we fooled? In the next issue I will discuss what I observed in that richly endowed establishment.

At least the purpose of the Museum of Permanent Revolutionary Consciousness was honestly stated; after all, it was all in the name.