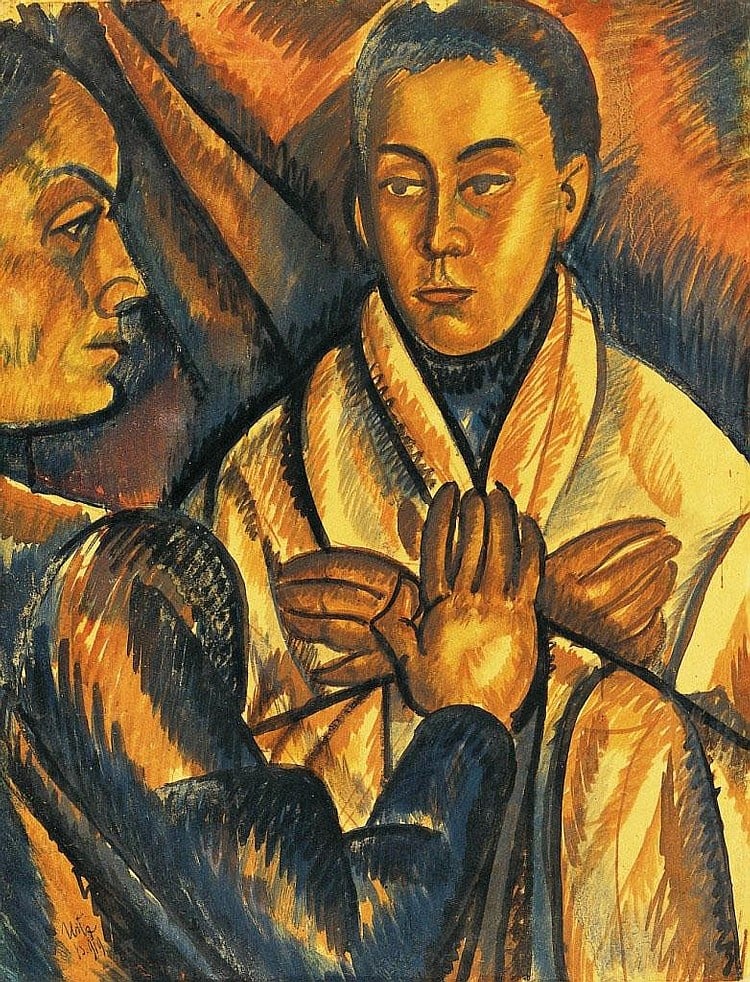 Having once read “Minniver Cheevy”

but being a pussy, Harry cradled his cares

—darting hither and there, round the desk,

past my chair—as though they were delicate crystal.

He moaned “whether as a three-reeler

Or snippets, revealing and concealing”—

my eyeballs.” His treacheries as wheeler-dealer.

and was sorry to have asked. So sorry,

as he kept on, monologically sparring.

No infirmity of old age, this scorching,

but of time itself—not the same. And—listen—

I have not been a bad man. Not hugely bereft.

No matter: small evils too are deadly—”

I interrupted: had to. “Stop, you’ll get feelers.”

I remember the hustlers. “Then you’ll be back in

A touch of oil on the muzzle

“—as are mistakes”—Harry, without a breath!—

“the kind made for mulligans,

but there are none.

Achievements and loves and all

and small mauling at viscera with fang and claw,

desperate for a snack, scratching at doors

of denial—for these good things are going, those

not gone are not gone yet. Worse still, I

will not abide.” Harry panting now,

like a hound at the vet, as I spin the cylinder,

But Harry: he was like to set fire to his hair:

“Nor final fruition nor celebration.

Worst? Even if as a memory I somehow linger—

be it warm, tender, comforting, and bearing

some dollop of solace for the holder—”

“You will not know it! Right you are, Harry.

You see I was trying to join in, to share

in his craven myso-memorializing, as my finger

itched, to lighten the burden of my wordy

who said, with spasmodic finality,“Emily,

she heard that fly buzz when she died.”

And I said, “that much? Well, bless

your heart, with such an ending one might abide,

but not you, pal”

—now being this sticky mess.

Why? Because Harry was false.

You see, memories dance our identity,

First as jitterbug then as waltz.

And, alas, often as obscenity.

James Como is the author, most recently, of The Tongue is Also a Fire: Essays on Conversation, Rhetoric and the Transmission of Culture . . . and on C. S. Lewis (New English Review Press, 2015). His new book, from the Oxford University Press, is C.S. Lewis: A Very Short Introduction.