Revolution in a Library 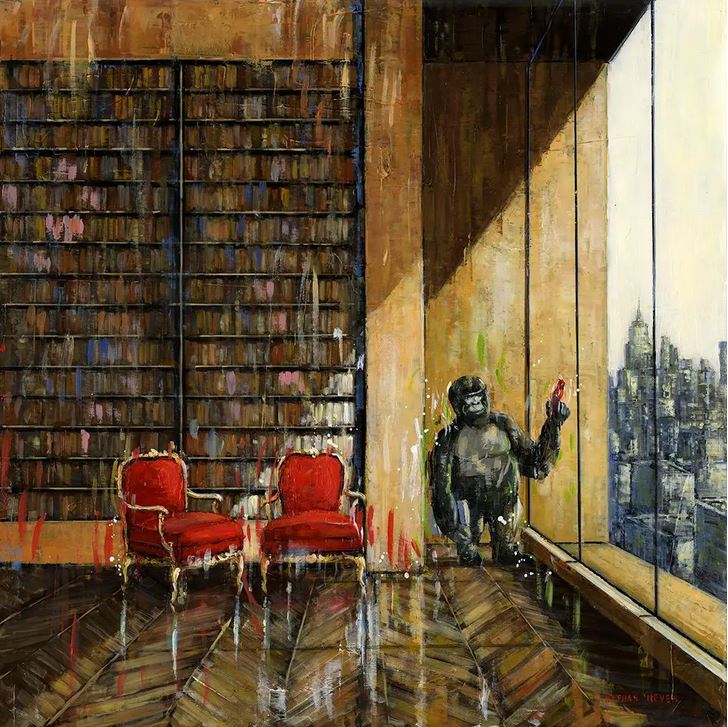 Here, amongst innumerable stacks,
The word, living and dead,
Here, the unseen mechanism,
Of how the world mysteriously turns,
Here, in the complete silence,
The drone of the ever-present voice.

The mind of the library is afflicted with schizophrenia,
It is in a civil war searching peace through continued bloodshed;
Mute voices talk past each other in the sultry night,
They are like sleeping lovers mumbling nonsense from a world of dreams.

Here is where the world is divided,
How the singular is severed through the abortive rib of truth,
Like a smashed coconut for the deprived spirit in the desert heat astray,
How many were they, the worlds that are and once were,
Contained upon this one earth?

All is dependent on the revolutions of the word,
How the prefiguration of history is inscribed,
What once was written in turn shall be,
The divine light illuminated the world first by thought,
Time’s transformations were initial in tomes.

How many kinds of writer must it contain,
The composer that reflects nature
in a mirror of built of words:
The prophet of history,
historian of eternity,
With knowledge and foreknowledge;
Or the dreamer disregarding reality
For whom the world is desire.

If you ignore nature, it won’t disacknowledge you,
If you disregard time,
it will not spell the abolition of graveyards.

To make world without nature—
To utter words without truth,
The envisionment of Utopia—
To conserve a state in time
In a universe of perpetual flux,
When et arcadia ego est.

The library is always a means of movement to somewhere else,
The pages of its books knit together to form a sail
For the vast ever-moving vessel of time.
The cases that appear like walls of a jail cell
Is the place where freedom is found.
The meek scholar is the singer of suffrage,
Philosopher with pen, a devisor of power.

The book is both a premeditation of a conspiracy,
And a reflection on a mutiny,
The library’s shelves contain confessions of insurrections,
Of time to come, or time that’s been,
Forward in revolution, or backwards in revolt.

How many nights have I peered between the covers of books
To delight in the forbidden flesh of the page?
How many times have returned to the forests of Byblos,
Searching for a truth in the drowned desolation?

A dispensation returns us to our study,
The revolution in a library,
Which is a figurative pyre of disparate pages,
It is the barbarian of philistine mind
wading through decadent streets to sack the Moussein,
Alexandria, the mind of the west in the east is in peril,
It is knowledge lost in a barbarous act,
It is the violence of the liberator.

Every writer is the purgatorial fire between
The past and the page,
He is like the fuller’s soap of the social order,
He seeks to rid history of impurity
Into a more refined creation,
It regards finitude and infinitude,
It is a visionary nostalgia,

This is the revolution of the word,
A storm that upsets academia,
To atone and set free the world with a devised idea
Where the act of creation and placation
Are melded into a wholeness.

Justin Wong is originally from Wembley, though at the moment is based in the West Midlands. He has been passionate about the English language and literature since a young age. Previously, he lived in China working as an English teacher. His novel, Millie’s Dream, is available here.