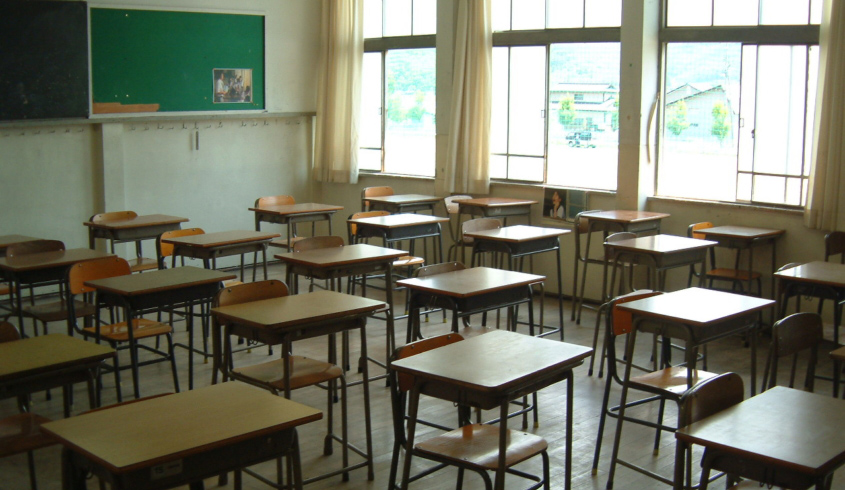 Some commentators are warning that if a case currently before the Supreme Court—challenging refusals by the Montana state government to apply tax credits to private religious schools—is successful, governments risk legitimizing “religious segregation.” The arguments are complex, and both supporters and detractors of the litigants do not always fall along traditional party lines.

At the very least, many are concerned that, notwithstanding the declared benefits of private schools and a tax voucher program, government subsidy of religious schools may lead to taxpayers funding and legitimizing radical education.

The example of a radical principal of a government-subsidized private Islamic school in Illinois, honored a few months ago by the White House for his educational work, in spite of his theocratic views, confirms that extremists can benefit from blind government funding of private religious education.

In October, Habeeb Quadri traveled to Washington D.C. to receive the National Distinguished Principal award from White House officials and attend receptions at the White House and State Department. As his school, the MCC Academy in Skokie, Illinois, proudly notes, this makes Quadri the first head of an Islamic school to receive this honor. 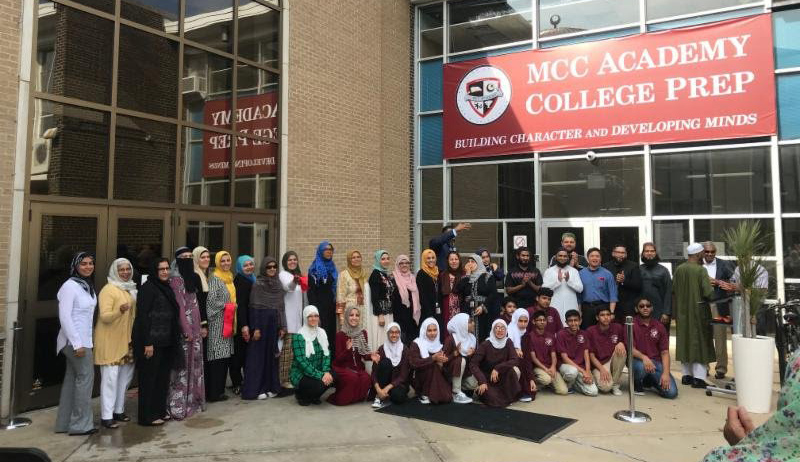 Nominated by the Council of Islamic Schools in North America (of which he is a board member), Quadri was selected through a joint program of the National Association of Elementary School Principals and the Department of Education after a “rigorous five-month long application and selection process, including interviews, recommendation letters, and essays submitted.” But exactly how rigorous was this review of Quadri and his work?

One would perhaps expect that Quadri’s own writing would have been checked—such as the book he and his brother wrote, The War Within our Hearts. Quadri devotes his book to discussion of the ostensible evils and corruption of the Western world.

Significant portions assail, for example, forms of dress that Quadri considers insufficiently Islamic. He decries the “tolerance of inappropriately dressed men and women.” He insists that women “only expose, at most, their hands, face, and feet.” Quadri argues that “a person may look at someone of the opposite gender” only “for the amount of time it takes to identify who the person is and thereafter to divert one’s gaze.”

When Quadri is not lecturing about the immorality of gender interaction and clothing in the West, he declares most television content haram [unlawful], and opposes music, claiming it “causes hypocrisy to grow in our hearts.” He blames the legality of alcohol for date rapes and a multitude of other societal issues. And he attacks moderate Muslims who disregard Islamic teachings they consider too dogmatic. True Muslims must distance themselves, Quadri writes, “from every person heading toward the hellfire.”

These pronouncements are far removed from the views of most American Muslims. Quadri’s writings promote a radical strain of Islam, commonly known as Islamism. In fact, the foreword to Quadri’s book is written by extremist cleric Zaid Shakir, who has previously warned against befriending the “kuffar [unbelievers], Jews and Christians.” Shakir praises Quadri and his brother, who, Shakir claims, have provided a “meaningful answer” to Muslim youth in the West walking an “obstacle-strewn road.” Shakir insists that Satan has declared war upon [Muslims] and is “waging that war on many fronts.”

As we know, these “fronts” turn out to be the iniquitous pleasures of music and dance, the horrors of unregulated clothing, and the societal threat posed by men and women talking—all while maintaining eye-contact, no less. But Shakir seems convinced. He portrays the struggle against this debauchery as a “jihad” and applauds the Quadri brothers for “renderer[ing] our youth an immeasurable service by delineating for them very practical and easily performed steps to guide that struggle.” Shakir concludes his preface on a combative note: “let us all enter into the fray and begin fighting back.”

Texts used by the MCC Academy certainly appear to reflect Quadri and Shakir’s view of the world. One document, hosted on the school’s own website, is titled “Women are the snares of Satan.” It tells students that: “Satan often employs women as a lure for men, time and time again, leading to the committal of sinful acts.” The safeguard against such satanic plots, we are told, is to ensure that women are dressed modestly and that men lower their gaze.

The text continues: “The use of women as snares is an undeniable fact that can be observed today in, among other places, the advertising industry. Of course, men who use women for commercial gain—as stewardesses, models, pornographers, and prostitutes, for instance—are as accursed, perhaps even more than the women whom they exploit.”

The federal government and the National Association of Elementary School Principals chose to reward a man who believes Muslim youth must wage a “struggle” against those elements of Western society that offend Islamist interpretations of Islam. The very title of Quadri’s book, The War Within Our Hearts, is symbolic of Quadri’s dualistic view of the world—in which a battle is being fought between his pure, ascetic principles of Islam and the satanic indulgences of the West.

I contacted the Department of Education to ask how nominated candidates for the award were considered, but received no response.

Quadri’s MCC Academy has already benefited from government largesse in the past. In 2019, the state of Illinois handed the extremist school a grant of $50,000 for “capital improvements.” The school is also already a beneficiary of Illinois’ tax credit scholarship program. In the last school year, tax credits paid the tuition for 20 MCC Academy students—at an estimated total cost of approximately $140,000.

It is already concerning that Quadri is the principal of a school with more than 700 students, upon whom he is no doubt eager to impose his ideology. But even more disquieting is that the federal government itself should afford Quadri credibility as a suitable teacher of young children and as a fit and proper representative of American Muslims, while a state government pours thousands of taxpayer dollars into his school’s coffers.

At the MCC Academy, a generation of American Muslims is being imbued with a theocratic worldview, subsidized by Illinois taxpayers. Extremist elements in all faiths may well benefit from the imposition of voucher programs. Both the federal and state governments have already volunteered to reward this radical school in Illinois. It is important that the Supreme Court does not compel states such as Montana to do the same.

Martha Lee is a research fellow for Islamist Watch, a project of the Middle East Forum.