Roger Scruton and the First-Person Plural 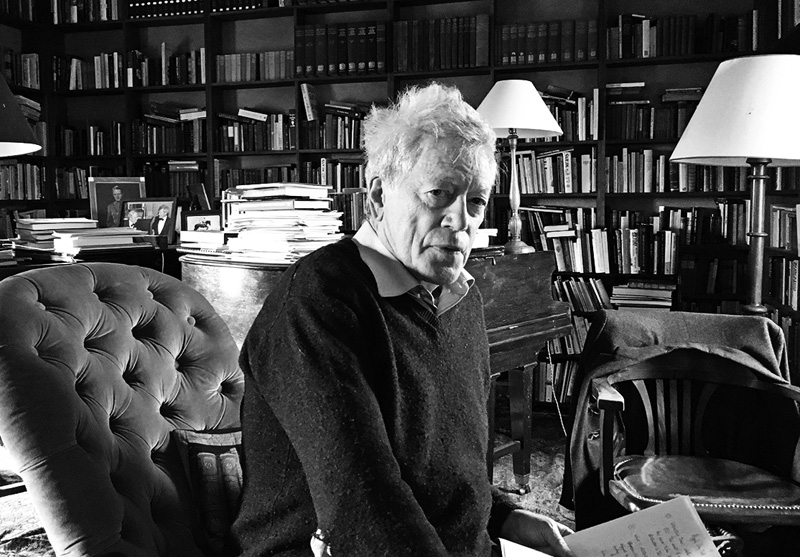 In the twenty-first century, the most eminent individual operating in the traditionalist conservative tradition established by Edmund Burke was, until his death in January last year, English philosopher Roger Scruton. In this essay I aim to briefly explore the origins of the man’s profound and influential political philosophy and demonstrate that, unlike Burke who grounded his thinking on his understanding of prudent leadership under Christian Natural Law,[1] Scruton’s understanding of good, conservative political practice was rooted in the wholly secular notion of the pre-political ‘we.’

Although Roger Scruton identified himself with the same conservative tradition as Burke, he did not share Burke’s religious conviction, nor did he place theology at the centre of his political philosophy. While Burke was writing in a pious age, before the rise of widespread atheism in the West, Scruton wrote in our own, far more secular, present; and so expressed his conservatism in a comparatively irreligious manner. He even stated explicitly that his “conservative philosophy . . . in no way [depended] on the Christian faith,” and was intended to appeal to anyone, “regardless of his or her religious convictions, since it [was] about living in the empirical world, not believing in the transcendental.”[2]

This pre-political ‘we,’ in the way Scruton understood the concept, connotes a form of ingrained and intrinsic bond between strangers in a society that is based on something other than political belief. In Scruton’s opinion, the essential features of a successful democracy such as “opposition, disagreement, the free expression of provocative views and the rule of compromise all presuppose a shared identity” and pre-political unity.[5] Free individuals only exist as a result of the mutual trust that is engendered by the existence of a pre-political ‘we,’ and it is impossible to “achieve freedom in a world where the ‘we’ is merely imagined.”[6]

Moreover, Scruton did not believe every variety of pre-political ‘we’ was of equal worth. Instead, he argued that it was the secular nation-state specifically, not any racial or religious identity for example, that was best at bringing about a successful polity.[7] Indeed, Scruton saw the achievements of modern Western regimes primarily as the result of the emergence of the idea of secular nationhood, and all the bonds of citizenship that this form of pre-political unity confers upon a people. Therefore, Scruton argued, it was “through the idea of the nation . . . that we should understand pre-political loyalty.”[8]

However, he also believed that nationality alone was insufficient for a viable pre-political unity to emerge; in that there must also exist a shared attachment to the traditions, institutions, language, and customs that endure within a country’s territorial boundaries for the nation to be a meaningful concept. It is these historical bonds that provide the necessary cultural unity that establishes the nation as the most viable pre-political ‘we.’[9] Therefore, for Scruton, “unless and until people identify themselves with the country . . . and its cultural inheritance,” a successful political order will not emerge.[10]

From this unique understanding of the importance and underpinnings of pre-political unity in a society, it is unsurprising that Scruton’s eloquent and persuasive brand of conservatism can be seen through the prism of him protecting and promoting that which he thought helped to foster and strengthen the first-person plural among a people. Indeed, it explains why he was a passionate defender of the nation-state and championed the customs and traditions that he believed buttressed it and gave it meaning.

To Scruton, the customs and traditions that constitute a civic culture are “not just [the] parochial possession[s] of [an] inward-looking community, but a justified way of life,” and are essential for an effective regime.[11] Thus, in the concept of the pre-political ‘we,’ Scruton, in the words of fellow philosopher Mark Dooley, found a “way of philosophically affirming traditional institutions and forms of life, in a world dedicated to their extinction”;[12] and showed himself to be a conservative in the tradition of Burke, as an ardent defender of historical customs, inherited traditions, established institutions, and territorial loyalties. Even if he didn’t share Burke’s religion.

Scruton’s attitude of veneration towards customs and institutions, in light of their perceived importance to the establishment and continuation of pre-political unity, was the principal basis of his attitude towards political change, and hence his conservatism. He argued that sudden and sweeping reform necessarily destroys the traditions and historical continuity that are integral to the existence of a credible pre-political unity in a society, and so opposed the radicals of his time, from ardent Leftists to utopian planners, on these grounds. Instead, he believed that the pre-political ‘we’ “stands for nothing except the invisible hand of consensual politics,”[13] where “consensual solutions . . . [are not] imposed but discovered, and . . . are discovered over time.”[14] Therefore, Scruton argued, political change should be gradual; proceeding on the basis of case-by-case alteration, so as to not damage the very fabric of a nation’s pre-political ‘we.’[15]

The best practical expression of Scruton’s gradualism is the English Common Law, which he described as “embodying a vision of law that . . . provides a paradigm of natural justice.”[16] In his view, the English Common Law was an “expression of a deep historical sense, a sense of the continuity and vitality of an existing social order,”[17] and therefore the very epitome of gradual development that preserves the features necessary to secure pre-political unity. Scruton, like Burke, was, therefore, also a gradualist to his core: even though the pair’s reasoning and underlying premises differed greatly.

Overall, it is clear that, more than anything else, Roger Scruton based his conservatism not on religious grounds like Burke, but instead argued from his understanding of how best to establish and preserve secular pre-political unity and a first-person plural within a society. His political philosophy provides an articulate and cogent antidote to our divided times, and a manifesto for conservatism’s future in an increasingly secular age.

[6] Scruton, Roger 2002 The West and the Rest: Globalisation and the Terrorist Threat Wilmington: ISI Books. Pg. 46-7.