Ronald from the Library 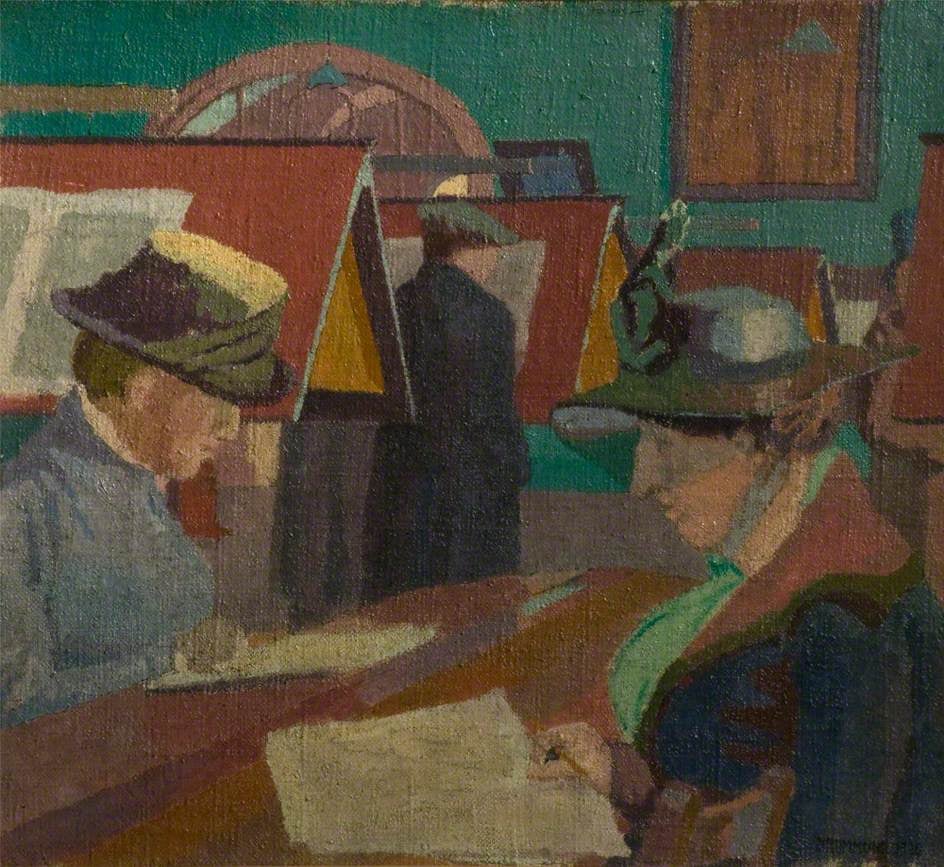 Friday is probably my favourite day of the week, not only is it very unlikely that some catastrophe will necessitate my working late, it also puts me in a most agreeable mood: one of anticipation. Human nature being what it is, the actual experience of the weekend is likely ultimately to disappoint but its imminence never fails to excite.

Sullen mothers and insouciant nannies are already piling in to the children’s library for our ‘Mothers’ Morning’. It’s billed as “A chance for you to meet other mums and for your kids to make new friends”. We used to temporarily to relax our ban on food and drink in the library and provided stale rice crackers and weak cups of tea, but this was kyboshed after the whole thing descended into a reminder as to why we had the rule in the first place. Now, we put toys out for the children to break (when they’re not tearing the books to shreds) or steal, while the mothers / nannies sit glued to their smartphones, reading parenting advice from Netmums, wilfully oblivious to the carnage being raged by their feral progeny.

By contrast, the adult library is an oasis of calm and serenity: there are a couple of homeless men dozing quietly near the heating vents and the odd chap who lives with his even odder mother in a flat above the library is next to another vent, wearing an anorak. Ronald is in his usual position at the public computer in the far corner. We all know Ronald as he comes to the library almost every day, but none of us knows the first thing about him: what he does or did for a living; his family or lack thereof; his politics; his hopes and dreams, and I’m dying to discover his Raison d’être. The first thing that immediately strikes one on meeting him is that he is very strange, the second is that he is cripplingly lonely. I frequently have to help him with email, or purchasing something online, but I suspect he doesn’t really need it. It’s more likely a case of perfunctory human contact being better than none. He’s pleasant enough in his way though and I sometimes wonder, chicken and egg-like, if he’s strange because he’s lonely, or lonely because he’s strange.

This morning, he appears more nervously loquacious than usual and is refusing to meet my eye. After much prattling in his softly-spoken tone which is strangely hypnotic with its faint undertone of madness, he finally manages to ask, “Can I have a quick word with you?”

“In there please”, he says gesticulating disjointedly towards the door to the office and comprehensively obliterating—like a tomahawk missile—all anticipatory joy of Saturday’s lie-in.

“Do sit down Ronald” I say as he shuffles in, affecting a relaxed and cheerful tone of voice that masks my internal discomfort, “Now what was it you wanted to talk to me about?”

“I don’t have a computer at home, and I’d never really used one before coming here . . . I suppose with things like Google, umm, I hadn’t really realised how much Google has to offer.”

One of our volunteers—Margery—comes bursting in from the front desk clutching a bin bag, on her way to dispose of it out back. Ronald reddens, purses his lips, shifts in his seat and casts his eyes firmly down at the floor. I’m getting increasingly uncomfortable. Perhaps the reader can guess where this conversation is leading, but—naïve as I am—I still think he’s building towards some kind of complaint.

“Well, did you know that Google has a facility for searching images?”

“Umm, well in the course of researching . . . oh I don’t know, an actress or someone, I don’t quite know how it happened, but I suddenly typed the name followed by ‘nude’.” He really savours this last word, pronouncing it “neeeewwwwd”.

Reader, I do not burst into raucous laughter, nor do I run dismayed from the office. Somehow, I manage to maintain a reasonably straight face, although I do have to subtly cover my mouth with a semi-closed fist, hopefully giving the impression of treating this with the utmost seriousness.

“Yes, you see after a while I sort of became quite interested in this. Today though, I got some sort of message on my screen saying that the images were ‘blocked’.”

The penny drops, we have recently beefed up our antivirus software, not because of ‘Ronald’s research’ but because of an intense man who called me over to his computer one day. Something had happened whilst he was looking at “weird news” and he couldn’t get on Facebook. I looked at the screen and was confronted with what looked like a scene from the film Swordfish with all kinds of Trojans and Worms being downloaded automatically, working their interminable way through the entire IT system. A few weeks later, almost immediately after we had finally secured our network, this same chap would block the gent’s toilets.

“Ah, well we did recently fortify our internet security Ronald, but it was just a precaution. We don’t actually monitor what our customers look at.”

Ronald looks entirely relieved that he hasn’t been caught out (although he has just shopped himself) and I respect him for being honest whilst also feeling a pang of sorrow: his cannot be a fulfilling life and I wonder how it came to be that this eloquent and clearly intelligent man managed to get himself into the habit of pathetically seeking that most fleeting and ultimately unrewarding illicit pleasure in such public and embarrassing a fashion. What happened to his self-respect? My mind’s eye conjures up a memory of him logging off the computer and leaving the library hunched over with his hands in his pockets, but I push it firmly away.

“Yes, I don’t own a computer because I’d never do anything else if I had one. The libraries in C— recently stopped my research, but you can still do it on W— Library computers. Anyway, bye.” With that he skips buoyantly away and I’m left alone in the office reflecting that I now know more about Ronald than I could ever have hoped and that there is some truth in the dictum ‘Ask, seek, knock’, but the bible neglects to mention that whilst this may result in good gifts, they’re just as likely to be unwanted.

I think about William Ewart, James Silk Buckingham and the Libraries Act of 1850: noble, principled men who correctly realised that poverty of the mind is as damaging as its physical counterpart and attempted to lead the public away from the tavern towards education against the most abjectly snobbish, self-interested opposition. They couldn’t have known could they, that you can lead a population towards mental improvement, but you cannot stop them drinking from the vastly more tempting waters of pornography, ‘weird news’ and vandalism.