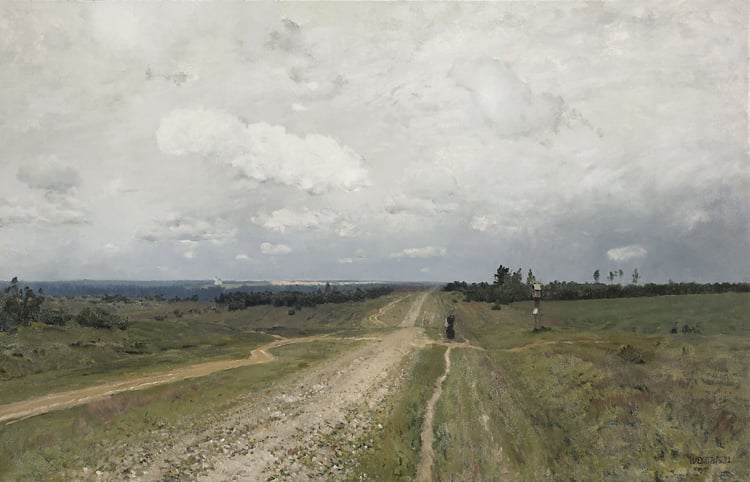 The full-scale invasion of Ukraine by Russia in February of this year demonstrated that an empire like a leopard never seems to change its spots. Of course, as any Ukrainian will inform you, the latest invasion is a magnified continuation of the invasion of 2014 when Putin took over Crimea from them: the so called hybrid war was over and open—albeit undeclared—war has begun. Even earlier there were the invasions of Chechnya and Georgia. I live in Poland where millions of Ukrainian refugees arrived—my wife and I took in a small family for a couple of weeks before they left for Spain. Unfortunately, the only language they had that my wife had some knowledge of was Russian and they spoke it too quickly for her to fully follow the horror stories they related. But in a way history was repeating itself. When my son was still in primary school a couple of decades ago, a child from a refugee Chechen family also attended classes at the school—one family of a fairly large number of refugees that came to Poland during that war, which few people outside of the country are aware of. Chechnya has a much smaller population than Ukraine, but many civilians died in that war and in hindsight it was a harbinger of what we are witnessing now.

The Russian empire has a long and bloody history with various guises. In the twentieth it became incorporated into the Soviet Union: the “evil empire,” as Ronald Reagan famously and astutely called it. At its ideological base was Communism, which thanks to Marxism developed what was termed “scientific socialism.” Human sacrifices were inconsequential on the road to a glorious future. And sacrifices there were! The authors of The Black Book of Communism of 1997 estimated the numbers of victims to be around ninety million. The Russian archives of Soviet crimes were only opened for a few years, and so the portion of the above numbers concerning their country’s regime of terror are only an estimate, and all the more so in the case of the Chinese. Of course it will only be possible to get a more accurate number once Russia and China allow access to their archives, which is virtually impossible in both cases in the foreseeable future. And if what happened in Poland during the transition from Communism to democracy is any indication much of the contents of those archives will be or already are destroyed.

This brings us to the present war. Andrew Michta, an expert at the George C. Marshall European Center for Security Studies, notes that Ukraine’s stubborn resistance has pushed the importance of national sovereignty “front and center.” After three decades of post-Cold War institutionalism and globalism, we are back to the fundamentals of national security: only a sovereign Ukraine can provide its citizens with a secure homeland.” He further notes international institutions could not stop Russia from invading Ukraine. One can add a number of pundits have labeled the Germans with their economic ties to Russia and dependence on its natural gas as Putin enablers. Moreover, “there is no substitute for hard power, and no nation can remain secure if it lacks a strong military, regardless of whether or not it belongs to a military alliance, for NATO has yet again defaulted to the United States to secure Europe.” Michta argues peace should not always be the first priority in a conflict. For Putin has demonstrated a peace would likely be a tactic on his part to prepare for a future attack. Thus, “As Ukrainians have shown us when attacked, the goal should not be to reach a compromise as soon as possible, but to defeat the aggressor and liberate the nation’s territory.”[1] Whereas it is hard to gauge the full truth of this opinion, from the available evidence it cannot be ignored.

Decades ago Milan Kundera poignantly noted East Central Europe is made up of “small nations” in light of their tentative existence,[2] that has now been all too dramatically proved as still true. Putin’s attack on Ukraine is also reminiscent of Stalin’s treatment of the country in the infamous Holodomor when millions of Ukrainian peasants starved to death during the brutal collectivization of their land. Now, besides the direct violence to civilians in the modern country, he has destroyed much of the machinery Ukrainians use for sowing and harvesting wheat on their rich land: and so one of the breadbaskets of Europe will be empty for who knows how long and citizens in the country face starvation. This is besides the unimaginable devastation of so much of their country the images of which understandably haunt Poles.

Since history is so important for the countries in the region, I will indicate a symbolic moment that pertains to Poland, but has significance for a number of them, also Ukraine. In the eighteenth century the large Polish Lithuanian Commonwealth was partitioned among three regional powers, including the Russian empire; thus its citizens lost their sovereign state. The Poles in exile later saw what seemed an opportunity when Napoleon ravaged these partitioning powers and so they served the Frenchman gaining some benefits for their cause while he advanced in the pertinent part of the Europe of the day. But they had to pay the piper. Among other things, he ignominiously sent Polish soldiers to Haiti to crush a slave uprising. Fortunately, they failed. But over the course of the centuries a number of historical powerbrokers played similar games taking advantage of different disempowered Central European national groups yearning for sovereignty. Unfortunately, this included Ukrainian groups in the service of Hitler. This is what Putin means when he claims he is “denazifying” Ukraine.

Ukrainian political scientist Georgiy Kasianov does not deny this and other darker moments in his nation’s history: “Both Russia and Ukraine are obsessed with the past and are guilty of distorting the historical record for modern purposes.” Nevertheless, he poignantly insists, “there is a fundamental difference in their positions.” By this he means in the use of history by both parties in the current war: “Russia turns to the past to justify expansion, aggression, and domination, to resurrect an empire. Ukraine does it in self-defense and self-determination to preserve and nurture an independent republic. Russia fights for the past. Ukraine fights for the future.”[3]

I attended a concert Joan Baez gave at the Catholic University of Lublin in 1985. She had just come from Gdańsk where she had met Lech Walesa, the leader of the banned at the time Solidarity movement. A true entertainer, she demonstrated her sense of the Polish audience with an anecdote of how she had informed a group of young monks that upon leaving Poland she would be meeting with Mark Knopfler of Dire Straits, and upon hearing this “they dropped their rosaries.” More seriously, she realized that in Poland of the time there was not much sympathy for movements of the left such as she was identified with. And so she gave the explanation that her true sympathies lie with the downtrodden, for whom it hurts just as much if they are struck by the left hand as the right hand. Unfortunately, the Russian evil empire has demonstrated its ability to strike its victims both with the left hand under communism, and with the right hand as a national empire at present.

[1] Andrew A. Michta “Russia’s Invasion Of Ukraine Is Transforming Europe,” 19FortyFive, May 8, 2022, retrieved from: https://www.19fortyfive.com/2022/05/russias-invasion-of-ukraine-is-transforming-europe/.
[2] Milan Kundera, The Tragedy of Central Europe,” The New York Review of Books, April 26, 1984.
[3] Georgiy Kasianov, “The War Over Ukrainian Identity: Nationalism, Russian Imperialism, and the Quest to Define Ukraine’s History,” Foreign Affairs Magazine, May 4, 2022, retrieved from: https://www.foreignaffairs.com/articles/ukraine/2022-05-04/war-over-ukrainian-identity.

Christopher Garbowski is an associate professor at the Department of English at Maria Curie-Sklodowska University, Poland. He is the author or co-editor of several books, among them is Religious Life in Poland: History, Diversity and Modern Issues, from 2014. His most recent book is Truth, Beauty and the Common Good: The Search for Meaning through Culture, Community and Life published in 2021.