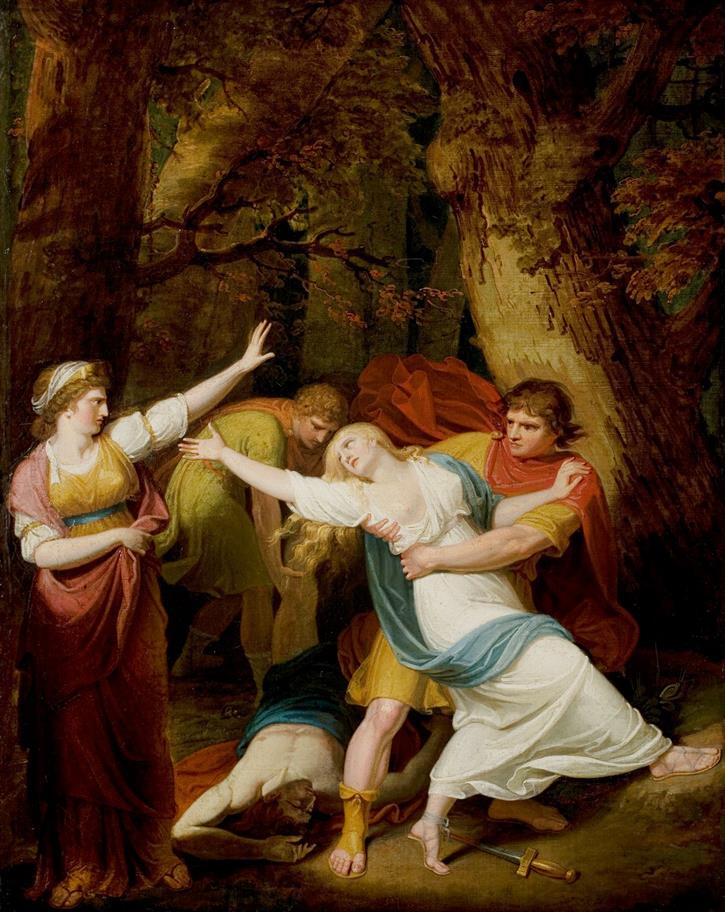 Shame is the spur. It is a reaction to the perceptions of others, the sense of disgrace or ignominy or humiliation that is inflicted upon one by society. A shame culture is opposed to a guilt culture, which springs from the essentially private sense of wrong-doing, whether the world knows of it or not. Guilt may be a public affair, as in the courts, but its core is private and moral.

Today, shame is held to be the mark of a primitive society, something which progress should put behind people. It is frowned upon in progressive thinking. ‘Naming and shaming’ may be popular with the tabloids, but not in government. In practice, it would undermine the bureaucracy, the supreme guardians of the system we live with. And anonymity is the impenetrable shield of bureaucrats

So shame is out, leaving us with the easier task of shouldering guilt. The West, and certainly Britain, is commonly regarded as a guilt culture. But guilt is now absorbed into the Left’s agenda. The Left, having abandoned shame—and not without reason—has hijacked guilt and flown it into a safe haven. The word has been extracted from its private meaning, and is superimposed upon an entire nation, where it loses all meaning. ‘We are all guilty’ said Dr Heinz Kiosk—repeatedly, in Peter Simple’s column—in the banner phrase. The collectivisation of guilt is a strategic triumph of the Left. Its most egregious instance is Tony Blair’s apology for the Irish potato famine, in which the fault of the British government of the day was ineptitude—as it was with the foot-and-mouth crisis and the incineration of pyramids of cows. That too was a Blair policy: ‘tough on cream, tough on the causes of cream.’

Post-imperial guilt is the apotheosis of collective guilt. Half a century ago, the term was unheard of. It was widely accepted that the British Empire, bar a few grubby episodes, was on the whole a good thing. Then the Left diligently worked the term into public consciousness, purely through repetition, till many people today accept this invention as a deep truth. Has anyone ever been heard to say ‘I feel real guilty about Australia’? But the West has chosen to promote guilt, with all its assumed baggage, as the dread weight falling upon its citizens. Guilt, being collective, means that nobody is responsible. Shame is reserved for the individual.

And for that individual, in Britain as elsewhere, is found the supreme mark of a shame culture, honour killing. It receives a lucid, Euclidean demonstration by Shakespeare. In Titus Andronicus he depicts a story which ends in a father killing his daughter. She, Lavinia, has been raped and mutilated by the stepsons of the Emperor Saturninus. The climax is a banquet to which Titus invites Saturninus and his Queen Tamora. Titus asks the question that goes to the heart of honour killing:

My lord the emperor, resolve me this:
Was it well done of rash Virginius
To slay his daughter with his own right hand
Because she was enforced, stained and deflowered?
(5.3.35-38)

That is put to Saturninus, Emperor and supreme law-giver of Rome. It gets a direct and authoritative answer:

Saturninus It was, Andronicus.
Titus      Your reason, mighty lord?
Saturninus Because the girl should not survive her shame
And by her presence still renew his sorrows.

The reasoning has an inner circularity. Because the girl has occasioned shame, it is right for the father to extinguish the cause of his shame. Titus acknowledges the tremendous force of the permission he has been granted: ‘Die, die, Lavinia, and thy shame die with thee;/And, with thy shame, thy father’s sorrow die!’ And the stage direction here is simply He kils her (in quarto and folio). There is no hint of a struggle by Lavinia. She has accepted the code that dooms her. Titus then stabs Tamora, mother of the rapists who have violated his daughter, before being killed by Saturninus. Lucius, Titus’ son, immediately revenges his father by killing Saturninus. It is the play’s logic. Saturninus could have no complaint—in principle.

‘Honour’ derives from father, and the roots of honour lie in the state religion of Rome, patriarchy. The opening lines of the play spell out the motto-theme:

Saturninus
Noble patricians, patrons of my right,
Defend the justice of my cause with arms,
And countrymen, my loving followers,
Plead my successive title with your swords.
I am his first-born son that was the last
That wore the imperial diadem of Rome:
Then let my father’s honours live in me,
Nor wrong mine age with this indignity.

From the authority of fathers, rooted in patricians, patrons, descends the title which is imposed on followers. It is a vertical system, to be imposed with swords. Bassianus, his younger brother, speaks for merit: ‘But let desert in pure election shine.’ Titus Andronicus, the elderly and much-respected general, is granted a kingmaker’s privilege and chooses Saturninus. Patriarchy has endorsed primogeniture.

So Saturninus hands down a judgment in accordance with the deepest principle of Rome. Lavinia has brought shame upon her father and must die, even though she is herself innocent of any wrongdoing. The meaning of the supreme act of patriarchy comes down to the repeated ‘shame,’ the word Saturninus uses and Titus endorses.

Shakespeare describes a system founded on a rigid and unreflecting code of patriarchy, which must create such strains as to threaten the stability of the society nurturing the code. The linguistic markers of the two cultures are exactly calibrated in this play: shame occurs ten times, guilt three. The Rome of Titus Andronicus is primitive, not decadent. It is a society still bound by the links between patriarchy, honour and revenge. In our own times, the two cultures strive against each other. We read of honour killings and forced marriages which the State, however weakly, seeks to end. The one offence is murder, the other is the brutal subjection of women to the father’s authority. All is bound together in a patriarchal code that sanctions revenge. Ultimately, violent revenge is an anachronism. As Charles Murray said, ‘The primal function of a system of justice is to depersonalize revenge.’