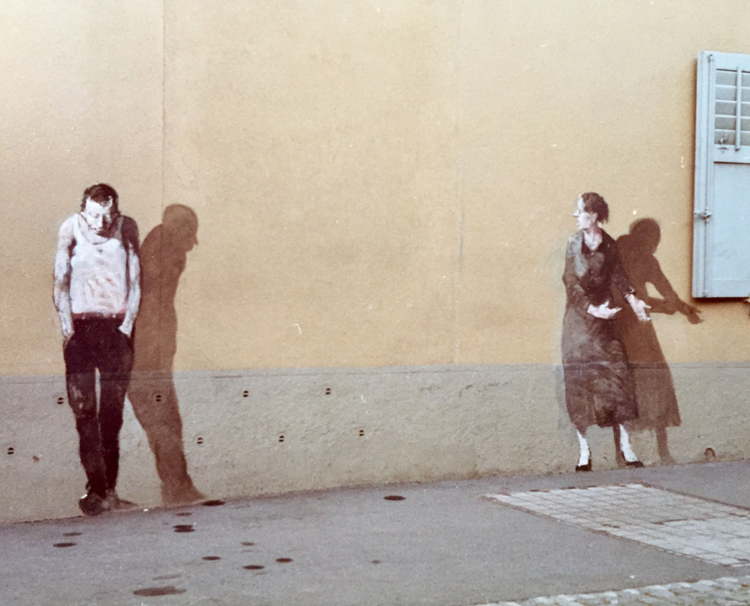 (Maura and Clement are in their thirties)

Maura: When I saw you walking up the road, I thought car trouble, then you’d have told your driver, far enough, I’ll walk the rest. But seeing you slow and tired this early in the day puzzled me. I moved away from the window, not wanting to hover.

Clement: I sold the car. We’ll have to use yours.

Clement: As for the house, there’s still a little time.

Maura: This makes no sense.

Clement: My grandmother’s will has been sorted out. She left me her house in France. I can still shelter you—but with fewer credit cards. I kept it all back because I thought if things take a turn, why put you through it. I thought—reversal, even miracle. But the firm went from slow to failing to sudden end. We’re walking away with nothing and, given the firm’s debt, lucky it isn’t nothing minus.

Our house has a likely buyer—a musical executive who saw photos and the piano. The sale’s contingent on leaving the Steinway. It’s been in my family a long time, but…

Maura: I finally found a teacher I like, was even beginning to enjoy the practicing… This can’t be happening.

Clement: I always felt, as in the song—I’d shelter you. I’ll shelter you. The house in France means I can continue. It’s not large, but it is charming and peaceful.

Maura: And nowhere. So you will at last finish your grander-than-great American novel. What will I do?  I don’t even have the language.

Clement: You’re good at language. It won’t take you long.

Maura: You rescued me. From prep school to the ivy-wrapped university you’d always travelled first-class. I worked in the registrar’s office, two courses a year, trapped; when I became a worry-free art history student I felt that you had rescued me. And after a very few years I could ask for what I wanted and just sign. From that place you don’t get forced to downsize or settle for shabby. You don’t find a no-brand to replace your Steinway. You keep it in good tune.

Clement: If you can. After a time, I’d have gone slow and maybe failing, unable to sustain The ad world’s temporary, means to an end. It doesn’t wear well to work towards the pinnacle of the advertising craft, where the product and your name for it merge as one and the same. No one says adhesive bandage or petroleum jelly. It’s band-aid, vaseline and of course there’s scotch tape. And beyond that, many years ago, the slogan that launched a millionaire—for the VW bug, when the huge car seemed cumbersome, “Think Small.”

As the recession swerved into decline, I was partly relieved. A burden lifted. Final… No more hanging on. We’ll start anew.

Maura: Does starting anew mean returning all new things I’ve purchased, if they still have their tags? Is the house in my name?

Maura: One can’t move without the other. Rescue should be permanent. And the receiver might choose never to become a rescuer. Couldn’t you think of a sequel to scotch tape?

Clement: The cottage is pastoral, with sweetness and charm.

Maura: I don’t like shutters where there should be screens. And probably limited electricity. I’ve learned a certain way of being in the world—and of feeling. I don’t see a path for finding another.

Clement:  Don’t do this.

Maura: You will say I plain don’t love you enough. You’ll call me ungrateful, untrue to my promise for richer or poorer. You’ll start to think, not say, Why aren’t you more?

After comfort, near luxury, shabby or dingy seems menacing, like an illness. I’ve loved you—still, I’m not sacrificial.

Clement: But—the near exaltation of I’ll stand up to anything; you are my all-in-all.

Maura: The rescued one thanks you, but hopes not to forfeit her safety. I never said I was noble.

Clement: You have no idea of—the size of this loss. In that same song of shelter—

Maura: For some. You were the Prince Charming who lost his castle.

Clement: And his princess?

Maura: I thought I would become a privileged matron. I was never the princess. I wish I could say—I can’t bear the thought of life without you. I would follow you to the edge of the planet, live in a tent or cave. That’s not who I am. You can’t have lost a princess who never existed.

It’s hard to believe how tired I am.

I remember now when I was falling in love with you—freezing weather. I was cooking a hot soup—just a usual kind from a can. I wanted it to be special, opened all the jars on my spice shelf, over-seasoned so the soup tasted strange. But not counting or measuring, the reverse of a recipe—made me happy. You were more than gentlemanly not to complain. I felt warm and safe . . .

Is there another song—with less chance of disappointment? One that doesn’t ask so much?

______________________________
Evelyn Hooven graduated from Mount Holyoke College and received her M.A. from Yale University, where she also studied at The Yale School of Drama. A member of the Dramatists’ Guild, she has had presentations of her verse dramas at several theatrical venues, including The Maxwell Anderson Playwrights Series in Greenwich, CT (after a state-wide competition) and The Poet’s Theatre in Cambridge, MA (result of a national competition). Her poems and translations from the French have appeared in Parnassus: Poetry in Review, ART TIMES, Chelsea, The Literary Review, THE SHOp: A Magazine of Poetry (in Ireland), The Tribeca Poetry Review, Vallum (in Montreal), and other journals, and her literary criticism in Oxford University’s Essays in Criticism.