Slaves of Ourselves: Man Without Authority 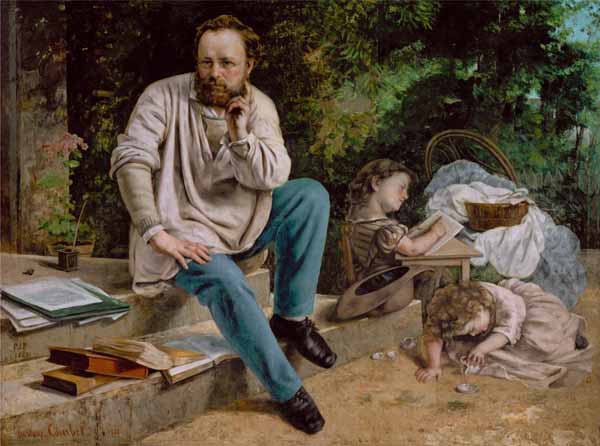 There is no such thing as a good father because the role itself is bad. Strict fathers, soft fathers, nice moderate fathers—one’s as bad as another. They stand in the way of our progress while they try to burden us with their inferiority complexes, and their unrealized aspirations, and their resentments, and their ideals, and the weaknesses they’ve never told anyone about, and their sins, and their sweeter-than-honey dreams, and the maxims they’ve never had the courage to live by—they’d like to unload all this silly crap on us, all of it! Even the most neglectful fathers, like mine, are no different. Their consciences hurt them because they’ve never paid attention to their children and they want the kids to understand just how bad the pain is—to sympathize!

So Yukio Mishima writes in his magisterial The Sailor who Fell From Grace with the Sea, perhaps one of the best fictional explorations of blind hatred toward authority in Twentieth Century literature. The passage above is the sentiment of a character named Noboru, the thirteen-year-old leader of a gang of boys who reject the adult world through calculated acts of disturbing violence, culminating in the murder of Norobu’s mom’s boyfriend Ryuji, the eponymous sailor who gives up his romantic life on the sea to work in a clothing shop. The book, if considered at all, is usually taken as a mid-century existential tract along the lines of Meursault’s random beach murder in The Stranger, or else an allegorical warning that we have the ability to convince ourselves of anything. Even the back jacket of my copy of the novel describes it as “a chilling and universal reminder that objectivity is not everything.”

But these readings miss the obvious, and perhaps intentionally so: this is a novel about the dangers of misunderstanding authority—particularly male authority. Without a coherent concept of what authority is and why it’s necessary, the book reads like a fevered and chaotic nightmare. The fundamental inability to read The Sailor who Fell From Grace with the Sea as anything other than a tautological confirmation of banal intellectual fads is due to our contemporary misunderstanding of authority. Moral nuance (perhaps the children are right to believe that the adults have failed them) and moral clarity are both lost without this understanding. But this novel—and much Western art—isn’t all we miss. Without a proper apprehension of authority, we ourselves become both the murderous gang of children and the disgraced step-father sailor, inevitably playing each role in time as the chaos of our situation dictates.

We misunderstand authority because we mischaracterize it as something else. Each and every one of the insipid cliches which our society attributes to authority qua authority—injustice, tyranny, etc.—could more accurately be defined as failed authority. Sociologist Richard Sennett, after decades in public, remains the most cogent thinker about authority on the American scene. His brief definition in Authority is as good as any: “Of authority it may be said in the most general way that it is an attempt to interpret the conditions of power, to give the conditions of control, and influence a meaning by defining an image of strength.” Succinct, but nuanced. Notice that Sennett doesn’t claim that authority is power, control, and strength, but instead an interpretation, a setting of conditions, and the definition of an image. Authority is often confused for power and control, but it’s quite different. As Sennett tells us, authority is instead the very context by which power, control, and strength are granted coherence. The example that Sennett gives is the character Bergotte gazing upon Vermeer’s View of Delft at the end of Remembrance of Things Past and being overwhelmed by its timelessness and integrity. The gold of the petit pan de mur jaune instructs the dying author in the self-transcendent mode as only true authority can. His final thoughts as we’re given them convey the grateful awe we feel towards authority: “Meanwhile he was not unconscious of the gravity of his condition. In a celestial pair of scales there appeared to him, weighing down one of the pans, his own life, while the other contained the little patch of wall so beautifully painted in yellow. He felt that he had rashly sacrificed the former for the latter.”

We require authority in order for power and integrity to cohere towards rational ends. But authority requires things as well, specifically community and purpose. Authority isn’t needed to censor art (only power is required), but authority is needed in order for there to be a context in which we are able to appreciate the masterwork of a painted yellow bit of wall in Vermeer. Being self-referential, instinct is not an authority. Authority instead directs us outside of tautological selfhood, outside of our individual selves entirely, and toward some larger purpose. Authority guides a community towards a telos.

Sennett explains that our culture’s pervasive misapprehension and fear of authority derives, in large part, from our loss of community. We labor under the illusion of a radical individualism in which authority—that is, the image of power and the form that our collective struggles take—has been internalized in the individual à la Hegel’s “master within.” In other words, “authority” is supposedly separate from the social role we play. Our hidden selves become the “authority” while the responsibilities and tasks of our shared world decay in significance, Hegel’s self-owned slave vying with external claims on authority (the rule of law, artistic standards, religion) for legitimacy. Sennett doesn’t go quite as far as Byung-Chul Han, however, the German-Korean philosopher who, building on Sennett’s work, categorizes the modern crisis of authority as one of a complete internalization of contemporary anomie. Not being capable of creating a self worthy of the adoration which authority requires, we internalize the atomistic, amoral, anomie of the modern world and categorize it our “real” selves. We make our own identities into little replica idols of a marketplace, idols which respect only the banal logic of self-referential consumerist desire.

Mishima’s novel plays on the trope of a crisis of authority, obviously, but what often gets overlooked in Mishima’s analysis is the destruction wrought by a complete flattening of authority. The sailor who longs for bourgeois love and stability and the nihilist gang of boys both suffer from a lack of meaning which only transcendental authority can bring. And if we’ve experienced the decay of community in our modern world, this phenomenon has been specifically marked by a dissolvement of vertical community. The poet Robert Bly writes about this loss in his book The Sibling Society, focusing on the deleterious effects our turn away from the authority of vertical thought have on art: “Christo art projects, detective stories, Disneylands, Madonna-like singers, Muzak, disco music, Hollywood movies, and that water running under the bridges of Madison County carry a certain single-minded optimism that fits with the excitement of aimless murder and aimless art, making a sideways view that leaves out all the drowning. The influence of popular art is so great that many human beings no live their whole lives without meeting vertical attention in any embodiment that makes it feel real.”

I would argue that this flattening of verticality is at the root of both our generalized loss of community as well as our crisis of authority. Horizontal projects (do we even call them communities?) flatten difference. Everyone pursues the same goal of liberating his “true self,” but since each self, as Han says, is really just an internalized sense of the prevailing logic of society, people become more and more alike. Radical individualism breeds conformity. Vertical community, on the other hand, synthesizes difference into common purpose, emphasizing difference in order to draw particular strengths to an end goal, whether that goal be masterful art or life eternal in Paradise. Within this variety there are several means by which authority is engaged. Male authority, especially for other males, is specific and necessary. Bly, a pioneer of the Men’s’ Movement himself, writes about what this peculiar devastation means for sons, categorizing it into five particular losses: the loss of familiarity with his own masculinity, sexualization before he’s psychologically prepared, the loss of trust in older men as mentors in a cutthroat economic environment where everyone is a potential competitor, isolation and a loss of expressive ability, and a loss of generosity and support for young men. Bly writes that

Our society does not offer reliable mentors to help a son establish a link to the adult masculine. The sibling society is without vital religious institutions, so a son cannot easily find a second father in religious work or in the spiritual world. Capitalism has siphoned off male energy so as to allow deeper exploitation of children. If we knew what children are suffering inside, we would beg every man we meet on the street to give up his career and become a father.

It’s important that Mishima’s novel portrays a gang of boys who kill a false father figure. The loss of vertical community, and hence authority, affects males more profoundly than females. The Sailor who Fell from Grace with the Sea is a horrifying look at a culture denuded of verticality and authority, the men turned into either murderous children or victimized men without chests. An antidote to Mishima’s vision might be the sort of verticality conveyed by Spanish poet Juan Ramon Jimenez in his lines:

I am this one

Walking beside me whom I do not see,

Whom at times I manage to visit,

And whom at other times I forget;

The one who forgives, sweet, when I hate,

The one who takes a walk where I am not,

The one who will remain standing when I die.

The internalization which Han writes about describes a shell game. People are tricked into thinking they’re masters of themselves while incorporating the horizontal flatness of the contemporary world into themselves. Engagement with true authority requires a conscious and ongoing relationship. What we get in return for sacrificing what we think of as aspects of self are really the illusions we let go of in order to receive the gift of being, the deep sense of purpose which is the true endowment of authority. The affliction of the modern world isn’t the oppressiveness of authority, but rather a society denuded of communities in which authority can occur, and a transcendent purpose towards which authority can direct us. When Norobu and his gang murder Ryuji, they aren’t eradicating authority—they’re wallowing in and suffering from a lack of it.

Scott Beauchamp‘s writing has appeared in The New Criterion, American Affairs, and the Dublin Review of Books, among other places. His Did You Kill Anyone? is forthcoming from Zero Books. He lives in Maine.