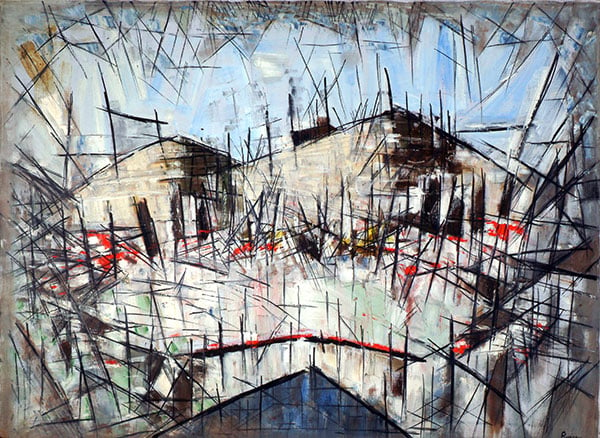 It may seem like a waste of time to write a piece on a 21st-century Marxist. Many people believe that Marxism is dead and gone and has been since the fall of Communism in eastern Europe and the Soviet Union. Indeed many others believed it was dead long before that—at least here in the West. Therefore, any Marxists such people acknowledge to still exist are deemed to be the largely ineffectual and harmless members of a dying cult.

Whatever the case, books by Marx are currently political best-sellers all over the place; including in Marx’s country of birth, Germany. And now we also have Slavoj Žižek, Jeremy Corbyn, and John 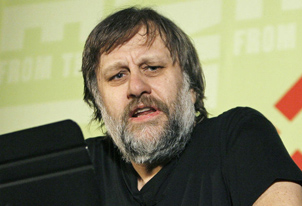 McDonnell. (Žižek has classed himself as, variously, a “radical leftist,” a “communist in a qualified sense,” and, in tune with Labour’s John McDonnell, a “Marxist.”)

If you believe that Marxism is a cult or religion (or as close to being a religion as it can possibly be without thereby being a literal religion), then of course Marxism isn’t dead. Essentially, Marxism isn’t based on truth or accuracy. It’s based on various hopes, dreams, and memes which seem to have a long shelf-life and still fire the spirits of many people in the West. (And not all those people are middle-class students and academics.) These Marxist hopes and dreams are based on theories that don’t really require either truth or accuracy in order to inspire and motivate people. They are, essentially, Sorelian myths.

In addition, because it was the case that no communist revolution was ever forthcoming in Europe and the United States, Marxists, on the whole, stopped believing in the imminent possibility of a violent revolution—even though they continued to agitate for one. Consequently, many took the advice of the Italian Marxist, Antonio Gramsci (first offered in the early 1930s). He directed Leftists to “take over the institutions” in order to create a new “hegemony.” (The Frankfurt School and many other Marxist theorists offered similar proposals.)

When it comes to Slavoj Žižek himself: he both has his cake and eats it. That is, he still believes in violent revolution and in taking over various and numerous institutions. Currently, Žižek is a senior researcher at the Institute for Sociology and Philosophy at the University of Ljubljana in Slovenia; the international director of the Birkbeck Institute for the Humanities (London); a professor of philosophy and psychoanalysis at the European Graduate School; and an Eminent Scholar at Kyung Hee University, South Korea.

I said that Marxism isn’t dead: it’s certainly not the case that Žižek is dead. In fact he’s been called the “Elvis of cultural theory.” The journal Foreign Policy listed him in its Top 100 Global Thinkers list in 2012. Žižek has also appeared in films and documentaries, including the 2005 film, Žižek! And it’s even the case that there’s a journal dedicated entirely to his work: the International Journal of Žižek Studies.

So, why do Marxists like Slavoj Žižek demand the impossible? They do so primarily to destabilise the state and also to “radicalise” and “mobilise” people. (At least that’s the hope.) When Marxists demand that the state change water into wine (or provide free second cars and foreign holidays for all), they know that it won’t come up with the goods. Therefore, “the people” (or “workers”)—Marxists hope—will get angry at this and then storm the barricades.

Similarly, Marxists promise an infinitely-funded welfare state (or NHS) that will be perfect in every respect. Then they demand exactly the same from the actually-existing state. However, because Marxists are knowingly demanding the impossible, they hope that the people (at least in theory), will 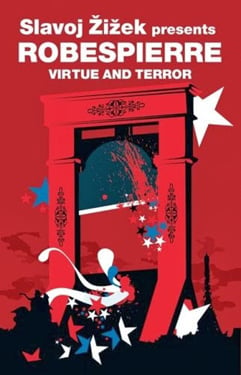 rebel and then bring forth a revolution. And that’s precisely why Marxists like Slavoj Žižek hate counter-revolutionaries such as the non-Marxist members of the Labour Party and “post-modernists.” Such wimps don’t demand the impossible and therefore they’ll never bring about  Žižek’s Total Revolution.

Žižek also believes in the (to use his own words and capitals) “Big State.” He’s categorically against “the need to curtail Big State expenditure and administration.” He believes in the Big State in precisely the same way Stalin believed in it. There are no apologies from Žižek here. In fact he’s explicit about his Big State dreams. He says that True Marxists (such as himself) will never defend themselves “by saying we are no longer the old Socialists.” Again, as a True Marxist, he will both demand and promise the impossible. Only such cases of modal political logic will guarantee the truly revolutionary situation Žižek yearns for.

Žižek traces this demand for the impossible back to what he calls the “1968 motto:” Soyons Réalistes, Demandons L’Impossible (“Let’s be realists, demand the impossible.”). That is, the workers must demand the impossible just as the French revolutionaries demanded the impossible, and, later, so did the Bolsheviks, the Nazis, the Khmer Rouge, Mao’s Red Guards and so on. This demanding the impossible comes along with the absolute and total overhaul of society—that extreme possibility which turns Žižek on so much. Like many Continental philosophers before him, Žižek is obsessed by the extreme and by the violent—except, of course, when that extremism and violence is carried out by Nazis/fascists or indeed by what he calls “Rightists.”

Is all this an exaggeration on my part? Well Žižek himself talks about the revolutionary “Terror” he so desires (complete with platonic/Hegelian capital ‘T’).

It’s no coincidence that Žižek refers to “Terror” because he explains why he does so. Just as Žižek isn’t happy that the Nazis didn’t go all the way (i.e., they didn’t destroy capitalism), or that the post-modernists haven’t done so today (at least according to Žižek), so he’s also unhappy that the Jacobins didn’t “go to the end:” i.e., they didn’t smash capitalism as well as faces. In Žižek’s words, the French revolutionaries suffered from an “inability to disturb the very fundamentals of economic order (private property, etc.).” And that’s why the Jacobins became “hysterical.”

Žižek doesn’t mind “Terror.” What he does mind is the fact that the Jacobins didn’t “disturb” such things as “private property.”

The other point worth mentioning is that on the classic Marxist account of the French Revolution, it wasn’t to be expected (according to Marx’s “historical laws”) that the 18th century French revolutionaries would overthrow Žižek’s “private property.” What they did was simply carry out “the first revolution:” the “revolution of the bourgeoisie.” Thus, it was also only the inevitable forerunner to a latter proletarian revolution (which was prophesied by Marx).

Now, if we jump forward to the 21st century, Žižek believes that a New Terror will also be inevitable because, as he puts it, the revolutionary will pursue his “goal with an inexorable firmness.” (This is the 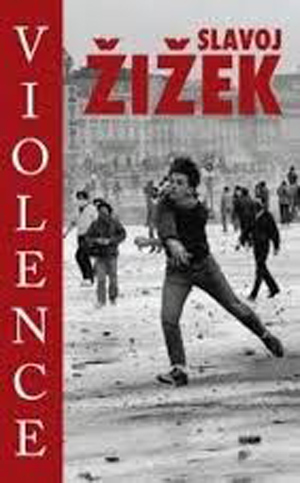 sort of revolutionary hard-man’s language Lenin indulged in in his The State and Revolution.) In fact, the postmodernist “proliferation of multiple shifting identities” is, Žižek hopes, a prelude to a “new form of Terror.” And, as stated, if you demand the impossible (or if you’re “opting for the impossible”), then Terror is almost bound to follow. Take Žižek’s word for it.

Žižek is proud of his demands for the impossible. In fact those who reject them (or who deny their feasibility) are nothing less than “status quo cynics.”

Žižek also comes out with what comes very close to being a non sequitur when he tells us that True Revolutionaries believe that “everything is possible” and that they therefore want to “change everything.” It also follows (to Žižek at least) that “status quo cynics” must believe (here’s the non sequitur) that “nothing at all is really possible.”

Žižek believes that post-modernists, non-Marxist socialists, Greens, and God-knows-who-else don’t believe in Total Revolution then, they must be, in effect, counter-revolutionaries. Not only that: because they don’t accept that the Only Solution is Total Revolution, then they must be the friends of capitalism and also believe that there’s “no other game in town” (to use Žižek’s own words).

Now, take those on the Right who don’t believe in Žižek’s Total Revolution. Because of that, he concludes that they believe “nothing at all is really possible.” I suppose it’s possible that the phrases “everything is possible” and “nothing is possible” aren’t meant to be taken literally. The former, I presume, works like the Georges Sorel’s myth of the General Strike: simply as a meme to fire up “the people.” Nonetheless, what sense are we to make of the claim that some people—or anyone—believe that “nothing is really possible?” Has Žižek simply concluded that because millions upon millions of people sincerely believe that a Total Revolution will create more harm than good, that they must also believe “nothing is really possible?” Even if one is mindlessly committed to capitalism, it doesn’t follow from this that one would also think that nothing is really possible. All sorts of things have been possible within capitalism. And, as Žižek himself has admitted, capitalism has created—or allowed—multiple “subjectivities” (or “hybrid identities”); as well as the adult vote, democracy, health care, and myriad other things.

However, most people who defend capitalism don’t do so because they think that “capitalism is natural,” “inevitable,” or even incapable of alteration (as Marx and Marxists have it). Žižek is the essentialist here. It’s not the case that capitalism is “the only game in town” either. There are lots of other games in town: including Žižek’s Total Revolution, Islamism, post-modern “hyperreality,” a Green hegemony, the Third Way, fascism, the Nihilist Party, and so on. It’s just that most people—those who, by Marxist definition, suffer from “false consciousness”—don’t want Žižek’s Total Revolution. There are many possibilities that literally millions of people accept and even champion in the West. It’s just that Žižek’s Total Revolution isn’t one of them.

Apparently, I think all this because I’m a (to use Žižek’s own words) “bleeding-heart liberal.” I thought that Marxist radicals hated such macho-talk. I thought they weren’t fascists. Yet this sounds like the language of a fascist to me. Žižek’s overall ideology may be dissimilar in some minor respects to that of a Nazi or fascist. Nonetheless, Žižek’s talk of Leftist “Terror” and violence; his Marxist absolutism, fundamentalism, and essentialism; and his love of complete change for its own sake—all that sounds pretty fascistic to me. And, as many people know, revolutionary Nazism and fascism were (at least in large part) off-shoots of 19th century revolutionary Marxism. So, all the claptrap designed to distance the International Socialists from the National Socialists needn’t be taken seriously when you think of the behaviour of the Bolsheviks, Stalin and his henchmen, Chairman Mao’s Red Guards, Pol Pot and the Khmer Rouge, and today’s street-fighting Antifa (as well as of the “anti-fash” generally).

And now, to top all that, we have the violent words and fantasies of Slavoj Žižek.

*Most of the quotes from Slavoj Žižek can be found in Contingency, Hegemony, Universality: Contemporary Dialogues on the Left (Verso)