Slavoj Zizek: Spokesman of Our Ruin 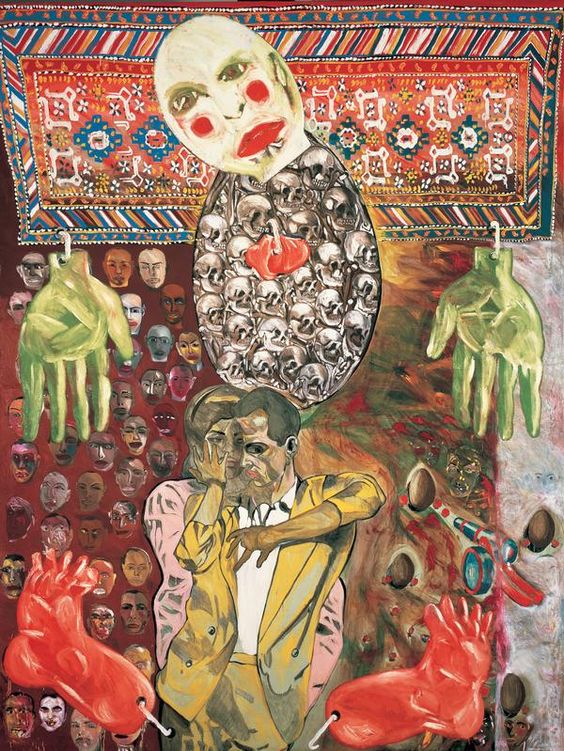 At home in Slovenia, where he lives on state welfare support, he is no more than a senior researcher at the University of Ljubljana’s Institute of Sociology, but further west he is more highly valued. He is a professor at the European Graduate School and international director of the Birkbeck Institute for the Humanities at the University of London. Despite the extreme hostility he expresses towards the United States—or because of it—he is Global Distinguished Professor of German at New York University and has been a visiting professor at Princeton and numerous other American universities including Chicago, Columbia, Minnesota, Michigan, and UC Irvine. His many prestigious appointments, TV and speaker engagements must bring him a respectable income, but it is apparently not enough for quality replacements of the slovenly T-shirts he habitually wears and continually tweaks and plucks as if for relief from discomfort.

He ran for the presidency of Slovenia in 1990, unsuccessfully. He does not, however, need to be active as a politician to have a political effect. He is one of those intellectuals whose pernicious influence on fellow academics, and consequently on rising generations of students, do profound harm by denigrating freedom and commending tyranny. Typically, he derives pleasure from rebelling and shocking, in the irresponsible spirit of adolescence, though he is now seventy-three years old. His fans applaud him with the hideous glee of spoilt children. He is the darling of television chat shows and organs of the left such as The Guardian newspaper and the New Yorker. A characteristic “look at me how daring I am” statement he made on TV in New York was: “Everybody in the world except US citizens should be allowed to elect the American government.”

In the style of the enfant terrible, he likes to shock by inverting conventional values. What to most of us is good he denounces as bad, what is abhorred he praises as good. This, to his admirers, proves him witty, brave, original and profound. What he really is, is an intellectual clown, partly by intention (he does have a sense of humor) but compulsively anyway because that is his nature. He is uncouth, uncivil—again most likely by both will and character. “Do you want some f*cking  fruit-juice?” he asks an interviewer in a video.

When he appears personally before an audience or a camera he is entertaining, even fascinating. He creates an atmosphere of excitement and drama, which makes him a popular participant in panel discussions. He waffles and rambles with magisterial conviction. The word “precisely” crops up repeatedly in his imprecise statements like a decorative motif. He gestures, he snuffles; he swipes and pulls his nose again and again as if it is from there that he derives his ideas and it is his nose that is the paradigmatic philosopher of the age. Audiences are charmed, so they allow him his arrogance, his show-off iconoclasm.

When he is read rather than watched and heard, his reckless assertions are less likely to be indulged—if they can be deciphered. He writes in the customary opaque language of the left. For example: “To put it simply [sic]: If we make an abstraction, if we subtract all the richness of the different modes of subjectivization, all the fullness of experience present in the way individuals are ‘living’ their subject-positions, what remains is an empty place which was filled with this richness; this original void, this lack of symbolic structure, is the subject.” [1]

The only meaning I can extract from this is that if you take everything out of something, it will be empty. For this we need a philosopher?

He declares himself to be a communist. His heroes are Marx, Hegel, and Lenin. He acknowledges the intellectual influence of Jacques Lacan and Michel Foucault. Their repulsive ideas, enthusiastically endorsed and handed on by academics in America, were given a new lease of life by late-comer Zizek, whose country had been sleeping for decades under the spell of communism. Most East Europeans woke happily in the dawn of freedom after the fall of the Soviet Union, and many of them brought new vigor to the decadent spirit of the West. But here comes one who lived under the oppression of communism and yet is nostalgic for it; who idealizes cruelty and suffering; who abominates freedom—while making use of it to build a lucrative reputation as its implacable enemy.

His stardom among leftist academic peers is due to his wishing even worse evils upon us than did Lacan, whose psychoanalytic therapy consisted of trying to drive his patients insane; or Foucault, who wrote of “the joy of torture,” longed to carry out human sacrifice, and taught that cruelty should be a perpetual condition of existence, so that life would be the experience of unmitigated pain, hate and aggression. Zizek praises extreme sadism, terrorism, motiveless murder, and delights in crime. Only crime, he declares, is “authentically ethical” because it subverts the coercion of law. He revels in the suffering of other people, so the more horrific the crime is, the more pleasure it gives him. He adores suicide bombing. He loved the planes crashing into the Twin Towers on 9/11; they gave him an aesthetic thrill. America he calls “the enemy.” Anyone—any state, any terrorist, any traitor—who acts against America is laudable. (While he maintains that torture is good, he reviles the American soldiers who—he says—tortured Iraqi military prisoners at Abu Ghraib.) He wants all people everywhere to live in fearful obedience to totalitarian despotism. Voluntary subordination to an “authentic Leader,” he preaches, is “the highest act of freedom.” [2] So if you are free, the best use you can make of your freedom is to choose to be unfree.

Most political philosophers on the left now perceive Western civilization not as a protector of liberty but as a patriarchal tyranny. They want us to believe that they are humane revolutionaries; that the subversion they applaud, the insurrection they encourage, the injustice they excuse, are to liberate the wretched of the earth: the enslaved, the oppressed, the poor, the colonized, the dispossessed, the persecuted; slaves, workers, women, lunatics, prisoners, aborigines … They want us to trust that they are striving for the eventual freedom, prosperity and happiness of the entire human race; that their apparent heartlessness is disguised compassion. Schools and universities teach their ideology with its utopian claim, and generations grow up believing in it. So Europe lets itself be invaded by Islam; the Biden administration permits black racists and their white abettors to riot and burn and murder in American cities for months on end; the Greens impose impoverishing conditions; universities oppose free speech.

Slavoj Zizek neither offers nor predicts utopia. He is volubly against freedom, prosperity, and happiness. He wants us all to be in perpetual anguish. He wants us to be in chains. He propounds atrocious ideals of subjugation and suffering without end. And the universities embrace him for it.