Some Thoughts on the Empty Heart of Modernism 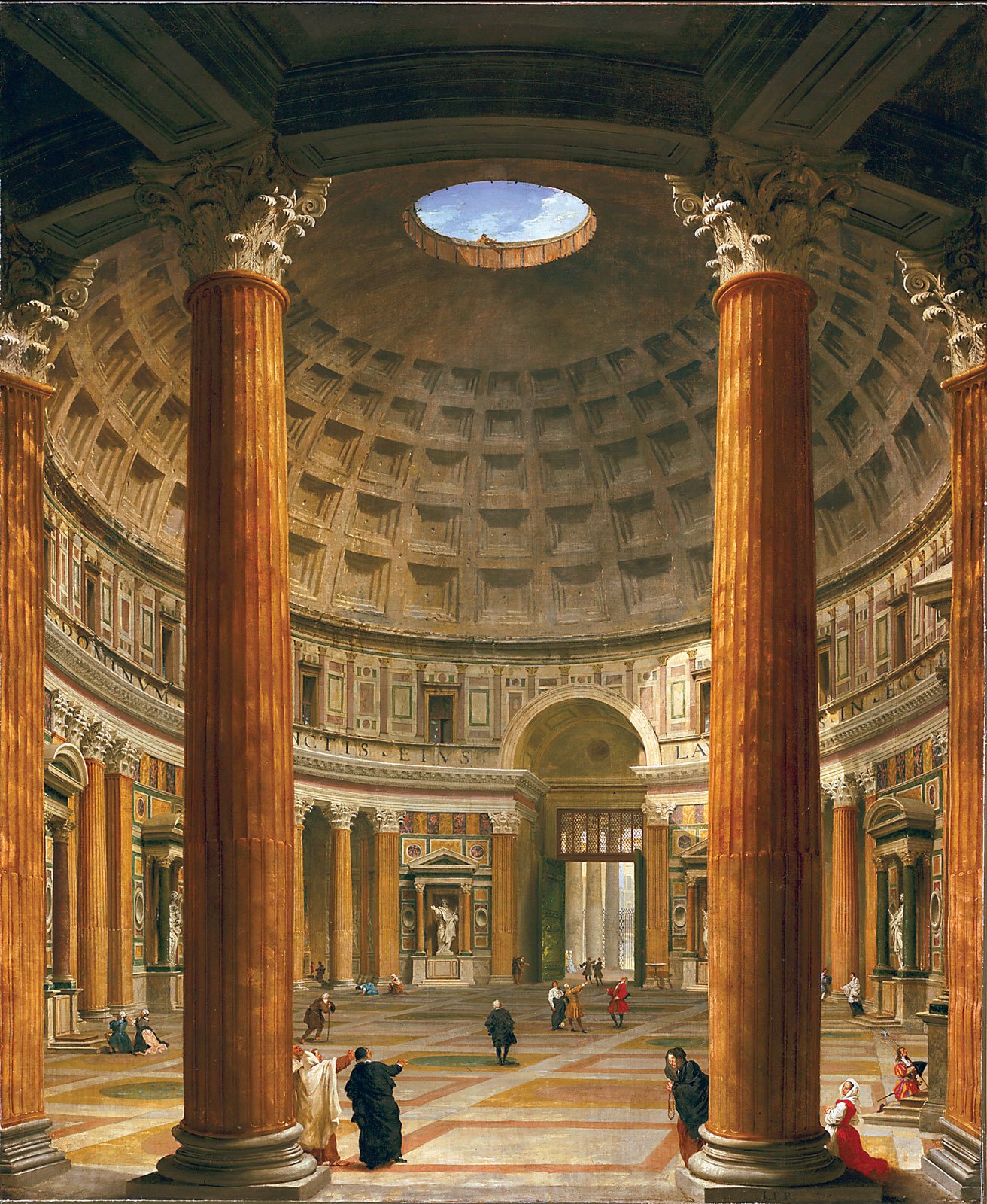 As we ought to know from what happened in the aftermath of the 1914-18 War, throwing everything out and starting again is not necessarily a great idea, either architecturally or politically. I do not think any rational person would now accept that the ‘successor-states’ of that rather wonderful invention, Kakania (from K. und K. [Kaiserlich und Königlich], meaning the Austro-Hungarian Empire),[1] were roaring, stable successes, and we know what happened to architecture when millennia of experience, knowledge, and rich, infinitely adaptable languages were all dumped in favour of nihilism, pidgin-speak, and deliberate ugliness. I, for one, abhor that one of the most civilised entities in Europe, producing marvellous architecture, art, music, poetry, opera, literature, artefacts of all kinds, not to mention potable wine and edible food, was replaced with the horrors that led to the cruel totalitarian disasters of National Socialism and repressive Communism.

When I was last in the Kapuzinergruft (Crypt of the Capuchin Church) in Vienna, I stood beside the newish sarcophagus of the Archduke Otto (1912-2011), who would have been Kaiser and King (he was the son of the last Kaiser/König Karl I & IV [r.1916-18][2] and Kaiserin/Königin Zita[3]), had not the Monarchy collapsed in 1918. I reflected that the last time I was as close to him was in Jervaulx, Yorkshire, UK, many years ago, when we were dining at adjacent tables, and fell into conversation. He was one of the most intelligent and civilised men I have ever had the pleasure of meeting: well-read and -educated, extremely courteous, fluent in several tongues (remember that the Kakanian Army had to print the standing orders for the troops in eleven languages), urbane, with imagination (sadly lacking in the apparatchiks who seem to be in charge everywhere these days), excellent taste, able to discriminate (sharp intakes of breath all round) between the dross and the treasures, valuing tradition without being hidebound, and possessing both probity and flexibility. I recently reviewed a huge tome, entitled Vienna 1900, and therein is a photograph of Otto von Habsburg as a little boy, with the old Kaiser/König Franz Josef (r.1848-1916). This tenuous link I have with that vanished Empire moves me deeply, for it is something on which to ponder: much of that old world seems to have profound lessons for us today.

Beware of throwing everything out: something far worse will take its place.

I am steeped in church music, architecture, liturgies, detail, etc., and abhor the deplorable tendencies among contemporary clergy to reposition themselves as apparatchiks of the social services, jettisoning what they have the effrontery to call ‘redundant plant’ (i.e. church buildings, furnishings, screens, monuments, vestments, and even chancels): some even liken their iconoclasm to ‘slum-clearances’. They think this will make everything ‘more relevant to Youth’, and so turn the great, mellifluous language of the liturgies into something that sounds like the Dearing[4] Report on Further/Higher 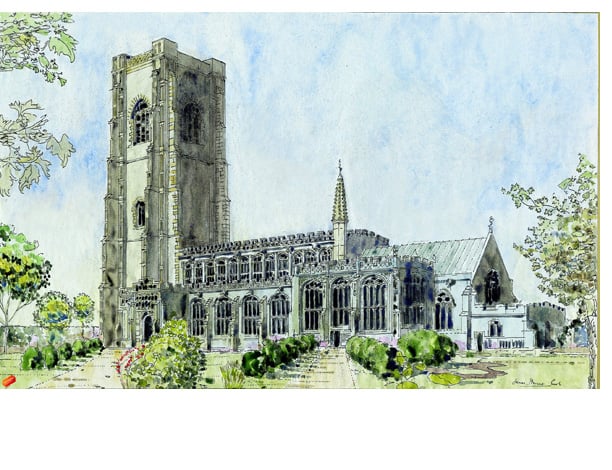 Education, a catatonic piece of cant if ever I read one. I do not notice ‘Youf’ in its hordes streaming into the sad, dreary, stripped buildings from which all beauty and dignity have been expunged. One does not need to be a fanatic, a religious maniac, or even a convinced Believer to be able to observe that all is not well, and that the ‘Plot’ is being lost. I can remember when Sir Ninian Comper’s[5] exquisite designs for screens, reredoses, church furnishings, etc., were routinely damned by the likes of Nikolaus Pevsner[6] as ‘irrelevant’, and Dykes Bower’s[7] finely-wrought designs for churches were also arrogantly dismissed because they drew on craftsmanship, learning, scholarship, and could not be viewed through Bauhaus-approved spectacles, so his work, too, was either ignored or denounced, while some meaningless piece of tat (which has not survived the test of time) was praised to the skies. Beautiful churches, finely furnished, where dignified liturgies accompanied with music that elevates and enhances, can give solace, nourishing the mind and restoring equipoise. The meaningless, undignified drivel of the pen-pushing bureaucrat, with the occasional twanging guitar as accompaniment, in a setting resembling a National Health waiting-room provided by the Farewell State, will not do anything except increase despair, impoverish on every level, and destroy any vestige of possibilities for devotion or meaningful reflection. Without such uplifting experiences, in places that transcend the banal, there is little hope for humanity at all. Deep thought in quiet places of great beauty, dignity, and solemnity, can help us to regain something lost: squalor, be it hygienic, moral, intellectual, material, or aesthetic, pushes us further away from that which elevates and brings peace, and squalor, in quantity, is largely what Modernism, in its many forms, has brought us.

As I say in my Making Dystopia, the jettisoning of the unmeasurable in Modernism has been a catastrophe: Cost-Benefit Analysis is the prototypical weapon of the unimaginative bureaucrat, from which all unmeasurable data are omitted. I am fully aware of the difficulties inherent in trying to argue for a spiritual dimension, for beauty (which the modernists will, of course, dismiss as ‘relative’, and therefore discount completely), for giving meaning to architecture, and so on. But to dump everything, including the legacy of religion, I reckon leads to disaster, just as it did in the 1930s and 40s. I am very afraid we are heading that way again, and this time I think it could well be an awful lot worse, as I do not detect any coherent, powerful forces capable of resistance. All seems to me to be cloudy, full of instant meaningless sound-bites, obsessions with pointless ‘celebrities’, and foolishness on all sides, not to mention the devaluation of education by means of rampant inflation of grades and expectations, and much else on which I have written.[8]

Recently, the British magazine, Prospect, issue 275 (March 2019), published a ‘duel’ between Barnabas Calder, an enthusasistic supporter of ‘Brutalism’, and myself: the proposition was ‘Has modern architecture ruined Britain?’ I did not like the question, as any work of architecture, realised today, is obviously ‘modern’, and that does not necessarily mean it is rotten architecture, although more often than not, unfortunately, new buildings are truly dreadful, ignoring their contexts, and could never be described as ‘architecture’ at all by any thinking person. My opening salvo stated 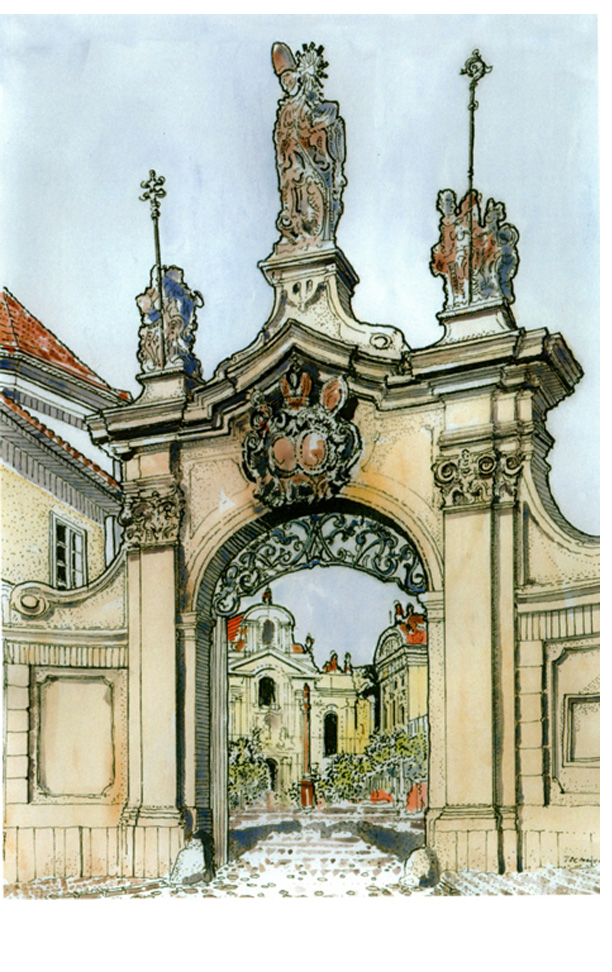 that any visitors to these islands (meaning the British Isles, Atlantic Archipelago, or what ever other term is acceptable in these dreary PC times) who have eyes to see will observe that there is hardly a town or city that has not had its streets—and skyline—wrecked by insensitive, crude, post-1945 additions which ignore established geometries, urban grain, scale, materials, and emphases. Such structures, I went on, were ‘designed’ by persons indoctrinated in ‘schools of architecture’ in ways that made them incapable of creating structures that did not cause immense damage and offend the eye, the sensibilities, and the spirit. Harmony with what already exists was never a consideration for those monsters, as it was not for their teachers: following the lead of ‘Le Corbusier’ (as Swiss-French ‘architect’ Charles-Édouard Jeanneret-Gris [1887-1965] called himself, in line with other persons with totalitarian tendencies such as Stalin, Lenin, and Molotov), they have, on the contrary, done everything possible to create buildings incompatible with anything that came before. It seems that the ability to destroy a townscape or a skyline was the only way they have been able to make their marks. Can anyone point to a town in Britain that has been improved aesthetically by Modernist buildings? Look at the repellent stuff inflicted on numerous cities by the infamous John Poulson (1910-93) and some of his bent cronies (from the 1950s until they were jailed in 1974). How has this catastrophe been allowed to happen? A series of totalitarian doctrinaires reduced the infinitely adaptable languages of real architectural design to an impoverished pidgin-vocabulary of monosyllabic grunts. Those destroyers rejected the past so that everyone had to start from scratch, reinventing the wheel and confining their design clichés to a few approved banalities. Today, architecture is dominated by so-called ‘stars’ , and becomes more bizarre, egotistical, unsettling, restless, and expensive, ignoring context and proving stratospherically remote from the aspirations and needs of ordinary humanity. Their alienating works, inducing grave unease, are without exception, inherently dehumanising and visually repulsive. I pointed out that this was imposed because of irrational Modernist beliefs inculcated by a process of brainwashing in so-called ‘schools of architecture’.

Of course Calder and many who think like him, loving concrete (the most widely-used substance on earth, even though the cement-industry is causing massive environmental problems not just in its manufacture, but in many other ways as well, including spectacular failures of concrete structures),[9] abetted by journalists who think they can write a little, and by an architectural ‘profession’ with vested interests in continuing on the path to dystopian ruination, are all in denial. They are incapable of engaging in proper debate, but fall back to imagining ‘fury’, ‘hate-mongering’, ‘rage’, and other nonsenses while indulging in cheap, sneering abuse.

The Prospect ‘duel’ ended with votes cast 65% (636) for my arguments that Modernist architecture HAS wrecked Britain, versus 35% (341) votes by those incapable of connecting their optic nerves to their brains, so desensitised are they to what has happened. And that desensitisation was deliberate: when people can no longer see, and are conditioned to accept the ugly, the threatening, the dystopian horrors unleashed on us all, the possibilities for any charlatan to impose what ever he or she likes on us are hugely improved, and with them the vast profits accruing from  creating hell on earth. When more than half of the votes cast in such a ‘duel’ are by those who cannot actually see that anything is seriously wrong, or, if they can, and they either do not care, or think it is fine, because of their own vested interests, to continue on the paths of destruction, society is in very much more serious trouble than even I had previously thought. It means, I am afraid, that the unassuming, the whimsical, the delightful, the gentle, the spiritual, the peaceful, the true, have all been consigned to oblivion, and that only the Spectacle, the Celebrity, the Moneybags, the Dystopian, the Vile Uglifiers have any future in a world hopelessly corrupted and besmirched deliberately, for reasons of cheap sensations and obscene profit.

That, in essence, sums up my respect for tradition, for what we have that is valuable, and for what I do not think we should ignore. I would emphasise that I am not preaching: just reflecting, somewhat pessimistically, on what I see and hear around me. Unless there is a complete reversal, a change-around, and re-education, the world will become an ever more unpleasant and violent place.

James Stevens Curl is a leading architectural historian, and read for his Doctorate at University College London. He was twice Visiting Fellow at Peterhouse, University of Cambridge, and is a Member of the Royal Irish Academy, a Fellow of the Societies of Antiquaries of London and of Scotland, and a Fellow of the Royal Incorporation of Architects in Scotland. His most recent books are Oxford Dictionary of Architecture (with contributions on landscape from Susan Wilson), 2015, and Making Dystopia, 2018, both published by Oxford University Press and it recently was announced he won the The Institute of Classical Architecture & Art’s 2019 Arthur Ross Award for Excellence in the Classical Tradition in History & Writing.