Spiking the News is Worse Than Fake News 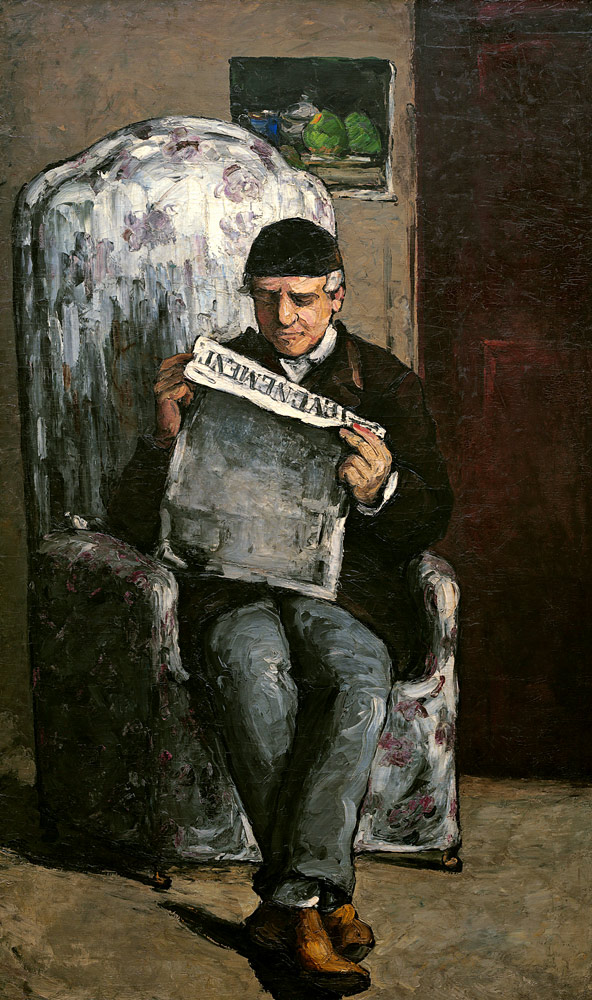 Truth is like the sun. You can shut it out for a time, but it ain’t goin’ away. —Elvis Presley

One of the many word games that philosophy graduate students and professors bandy about to make themselves appear intellectually profound is the old conundrum of, “If a tree falls in the forest and there is no one around to hear it, has it made a sound?”

However, that little verbal conundrum has a sinister counterpart, or application: “If news occurs, but it isn’t reported, is it news?”

Or: “If a person writes a book, but publishers refuse to publish it, is it a book?”

Or: “If a playwright writes a stage play, but it is not produced in any theater, is it a play?”

Then it does not appear as a pointless word game between would-be philosophers to impress naïve students, but relevant to this day and age.

I know for a fact that very good short stories and fictional books have been written, but have not been published because those leftists who infest every means of communication, including book and magazine publications, make sure that they do not see the light of day. Nor is it restricted to the present, but the past as well (George Orwell had great difficulty in having his Animal Farm published and the same was true for Ayn Rand’s The Fountainhead).

Along similar lines, one of the weapons that leftists expertly use, to which conservatives are, as usual clueless, is that of Oblivion: relegating the published works of a heretic to Oblivion and erasing all mention of the writer or his/her works until they are practically forgotten. Some examples are S.I. Hayakawa, Edith Efron, Sydney Hook, Eric Hoffer, Taylor Caldwell, Eric Hoffer, Robert Ruark, Rebecca West, Feng Jicai, Lin Yutang; yes, they and their works are known to some persons here and there, but they are rarely mentioned and before too long, they will not mentioned be at all.

Oblivion of the Past

The same is true of past events. Historians who are leftists and teraching in schools and universities are proficient in Oblivion. For example, for decades, journalists suppressed the facts from the public that Ted Kennedy spent millions bribing officials over Chappaquiddick, or, that Lee Harvey Oswald and cult leader Jim Jones were Communists. And, the Sixties (and early Seventies) have had an artificial aura in that it was characterized simply as an anti-war movement composed of benevolent, infantile hippies traipsing through society wishing for peace and love. Yes, the hippies did exist. But so did Communist terrorists (e.g., SDS, the precursors to today’s Antifas) who assassinated people and carried out numerous terrorist bombings. Those images have been, for the most part, expurgated. Likewise with some embarrassing specific historical incidents here and there. Three immediately come to mind. One is when in 1972, taking advantage of new rule changes, the Communists took over the Democratic Party in order to put forth George McGovern (the Bernie Sanders of the Seventies) as their candidate. The Democrats then were not the Democrats of today and tens of thousands bolted the party and worked shoulder to shoulder with Republicans in order to defeat McGovern. Another occurred in New York City. A group of SDS that had expressed their hatred for their country and had burned the American flag, did their usual march down the streets. As they came to a construction site the construction workers, mad as hornets, spontaneously plowed into them and in a matter of seconds pulverized them, something that the rest of the country had wanted to do for some time. Next day, Nixon partied with them (that event is a copy of what is going on today between the Antifa/BLM/Democrats and the rest of the country). The third one occurred upon Reagan being elected president. All of the network news talking heads began repeated over and over that previous presidents who had been elected in years ending in a 0 had been assassinated, a very strange message to broadcast. By all networks. A mental defective by the name of John Hinckley picked up on that suggestion and attempted just that.

Dictatorial regimes prohibit the reporting of newsworthy incidents by the news media outlets in order to, first, avoid giving the incident legitimacy simply through reporting it, second, to avert a repeat (or inspiration) of the particular event that the regime deems potentially dangerous, third, to continue giving the impression that everything is running normally and everyone is happy with the status quo and fourth, to make sure the lies remain unchallenged.

In Western democracies, the same principle applies, but not via the government. The various news outlets, be they print, televised, or even the social media, are a conglomerate of outlets synchronized together with the same outlook, the same motivation, the same goals, the same ideology, the same methods, the same vocabulary, the same abhorrence to certain ideas or persons, and are so finely in tune with each other that I collectively describe them as a “media hivemind.” If one turns on the network news, one will see that they all report the very same news stories and one can switch from channel to channel and it will seem at times that in doing so in midsentence, a journalist will finish the sentence of the other one in a different channel. YouTube has a number of amusing compilation videos where numerous talking heads keep repeating the officially mandated phrases “the walls are closing in” and “the beginning of the end” when they discussed the Trump Administration.

Even though some of the components of the hivemind will privately admit this, they will at the same time—in a doublethink type of mentality—see themselves as objective, independent, and impartial when it comes to reporting the news, and they will constantly tell each other how noble, how objective, how benevolent they truly are. This media hivemind came to be through years of steady infiltration of those outlets by ideological zealots. Those components who did not originally start this way were eventually assimilated to fall in line and those who did not assimilate were ejected from the collective.

Journalism as a respectable profession in America is dead. American journalists killed it. They, of course, indignantly deny it with their usual arrogance, but they are indeed the culprit. For decades, journalists have had an exalted view of themselves, portraying themselves as an immaculate priesthood, our saviors, our protectors. They constantly tell each other how objective they are, how impartial they are, how pure of heart they are. Then, they proceed to engage in lynch journalism, blatantly omit or distort facts, and carry out character assassinations.

President Trump called them out and journalists hated him for it. The term “fake news” was coined by him to encapsulate the practice of news media outlets that constantly presents distorted, or outright fraudulent, stories as news—not due to mistakes, but deliberate, conscious efforts at propaganda. The phrase “fake news” caught on because the propaganda against the man was/is so blatantly obvious. And it is hard to say what the public found more offensive: that the hivemind would engage in media mendacity so blatantly to their faces, or, that the journalists thought that people would be too stupid to realize what the hivemind was doing. The interesting thing is that fake news seems to be present in many other countries, so that the term “fake news” has become global.

Fake news is important, of course. I have collected hundreds and hundreds of instances of fake news (partly because journalists often deny that fake news takes place). But what is equally, if not more importantly, yet harder to document, are the hundreds of instances of newsworthy events that go unreported through a news blackout. This news blackout is done because (1) a hated individual or event would look good (2) or by reporting an event, it would indicate that such incidents were real, whose existence had been previously denied (3) or because the events would jar their ideology or (4) because, in doing so, a blasphemous, suppressed, message would be aired (5) or it would inspire similar acts to occur.

I maintain that news blackout is more insidious, more dangerous, more corrosive, than fake news. The reason is simple: when one is exposed to fraudulent news one can point where the lies are taking place, but when there is an absence, one is not even aware of something being absent. News blackout is, of course, a variation of censorship. And like fake news, news blackouts is not a new phenomenon. Both have been present for over half a century, although since Trump’s 2016 election, both escalated exponentially and thereby became obvious.

A Sample of News Blackouts

I will now present a list of newsworthy incidents without elaboration which were ignored by the major news outlets. Interestingly, they are from the few remaining conservative news sources, whose readership may be hundreds, or thousands at most, rather than millions. For years, these conservative journalists have routinely pointed with scorn the deliberate news blackouts (as well as other types of malpractice) of the main stream media on news which would jar with their ideologically based worldview (Amazon is not part of the main stream media, but it deserves dishonorable mention).

I beg the reader’s indulgence in what may seem excessive listing (though in reality it is the tip of the iceberg), but I do so because, first, the media hivemind may claim that there is no deliberate spiking of news, even though these news are being suppressed from general viewing and second, though the items may be well known to persons frequenting conservative and libertarian news outlets, they are totally unmentioned by the legacy media.

The Enemy of the People

It should be evident by now that the main stream media is, indeed, the enemy of the people. After all, the media stars themselves (all Democrats) admit that they engage in propaganda, though they will not use that word.

The other individual members of the media hivemind, on the other hand, are of the opposite opinion and deny bias. As I stated, journalists have an exalted, elite, view of themselves. Yet, whenever they step out of their comfort zone—which they seldom do—they are shocked by the jarring view that the public has of them. They experience genuine cognitive dissonance when they are subjected to scorn and see how much loathing a large part of the public has for them. Some wave it away contemptuously, thinking that it is due to political bias and to ignorant rednecks, whereas the bias and the lying and the distortion lies with the journalists themselves. Then they get upset when they serve the public a heap of steaming dog shit, which they top off with whipped cream, and only liberals gobble it down, while the rest of the public sees it for what it is.

Journalists are some of those people who spend an exorbitant amount of energy denying reality.

Armando Simón is originally from Cuba, so he knows firsthand about Communism. Apart from that, he also has degrees in history and psychology and is the author of When Evolution Stops, A Cuban from Kansas and The Book of Many Books.

PrevWhy I No Longer Believe in AI
The Problem of Henry VIII (or, Giving Shakespeare a Break)Next