The Art of Nadine Gordimer 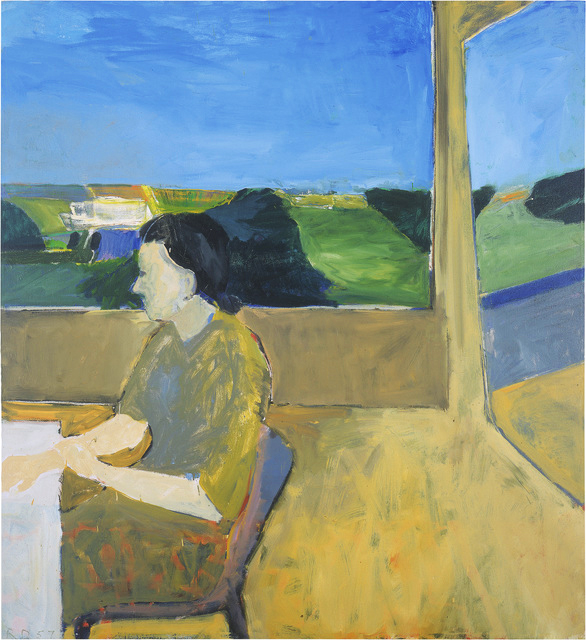 The Greeks had a word for it: hypertyposis—the art of writing vivid description. Nadine Gordimer was very good at it. “The air was mottled with rose and dark like the inside of an eyelid.” Nice! So is “ . . . the rosy, almost translucent pads on the inner side of black hands, that look as if light were cupped in them.” And “Her lips were curved like a statue’s at the corners, her eyes were brown as a cow’s, her skin was thickly creamy, and she had auburn hair that looked as silky and luxuriant as an opera singer’s wig.” And “Reba is a little, Vaseline-coloured man whose head is jammed back between his shoulders like a hunchback’s, and who holds his jaw full of teeth open in an attentive, silent laugh, while you’re speaking, as a hippopotamus keeps his ajar for the birds to pick.”

The short story was Gordimer’s métier. She wrote a great many. Collections of them were regularly published between her novels. Many a short story, or vignette, fills out the novels; they starch the loose fabric of her longer narratives. A memorable example is her description in Burger’s Daughter of a beggar who dies while sitting on a bench in a public park. The birds know he is dead and perch on him. It has nothing at all to do with the story of the woman who cannot avoid her destiny as a political prisoner and is jailed, like her father before her, for being a Communist rebel in apartheid South Africa.

Her similes are always vivid—but not always apt. Many are over-written. Of a schoolboy called off the playground to meet his mother who is waiting in a visitors’ reception room to tell him his father has drowned himself, she writes in her short shallow novel The Late Bourgeois World: “He had the glowing ears and wide nostrils of a boy brought from the middle of a game, his hands were alert to the catch, his clothes were twisted, his smile was a grin of breathlessness. The high note of this energy might, like a certain pitch in music, have silently shattered the empty vase and the glass in the engravings of Cape scenes.” The wide nostrils of a boy brought in from the middle of a game? Now that she draws attention to it, is it something anyone else has noticed? At least by stressing that the boy, standing there hot and breathless, has been exerting himself as a schoolboy does, she reinforces credibility. But “the high note of this energy could shatter glass” is an empty statement useful only to help describe the room—again to make the story clearly present to the reader’s perception, to make it utterly believable. The passage typifies her technique by which she achieves realism—an aim is so important to her that she would sacrifice sense to achieve it.

Irrelevant descriptions occur in all her novels. Here’s an example from A Guest of Honour. It is a passage that adds nothing to the story, reveals nothing apposite about this player in an historical drama—though one can conclude that he’s a close observer, a sensitive empathizer, a brilliant describer of everything around him, like his author, as are all her protagonists. She achieves verisimilitude, but with an overload of detail.

The “he” in the passage is the former colonial official come back to attend the inauguration of his friend the first president of the newly independent (unnamed) country. He is hot and tired. He goes into the garden guest room of the white man who is hosting him for the first days of his stay, to lie down awhile and rest.

There was no ceiling and he looked up into the pattern of a spider’s web made by the supporting beams of the roof. The underside of thatch that rested on it was smooth and straight, grey where it was old, blond where it had been replaced, and like a tidy head, here and there showed a single stray strand out of place. The bird [mentioned in the previous paragraph] was probably balancing on the little porcelain conductor through which the electricity wire led to the light dangling above him. The bird was gone; he knew, almost as if the breath’s weight of claws had pressed down the roof and now the pressure was released.

After which, “his weariness recedes” and he gets up.

Such descriptive paragraphs compose much of the 500 or so pages of the book, and in a rather thin story, they are perhaps the best things in it. They give something to the reader; objects for the mental eye. Many pages are without such gifts. It contains long speeches about—for instance—trade unions. To put it bluntly, to many readers, even those interested in what happened when African colonies became independent and how former colonial officials coming back from Britain thought and felt about the developments, it is likely to be heavy going. The descriptions redeem it. Like those irrelevant songs that Gilbert and Sullivan introduced into their operettas which have nothing to do with the plot, they are what the audience remembers best. Typically, the novel demonstrates that it is not what Gordimer writes about that is good by old-fashioned “lit crit.” standards, it is the way she writes it. The worst thing about this particular novel is that it scuttles itself. The protagonist dies at the end but his death signifies nothing. He is killed in error, mistaken for somebody else. His death says nothing about his life, his efforts, his failure. It says nothing about the theme of the story, what must have been intended to be significant, its justification as a revealing fable, an illumination of historical events; what happened to African people when the countries developed and ruled by European powers were cast adrift and their navigation left in the hands of their native peoples. Had he been killed for a reason, by antagonists who had cause in what he said or did, because of an effect he might have made in their world, the story would have been given point. As it is, it has none. The fictitious man’s life is rendered meaningless. And as the story is pointless, the reader’s slog through all those pages, his attention give to those speeches, turn out to have been nugatory. But, well—there were those vivid scenes. That was her talent. There is her art. Nadine Gordimer was a fine miniaturist who also produced some big books.

Because the novel was “relevant” in that it dealt with changes happening in the world, and because the intellectual elite of the Western world approved of those changes, the novel was approved of too. It was awarded the James Tait Memorial Prize. A big, nicely written major work about something that mattered, by an author who’d won other important prizes and was generally much praised by professional critics, it was judged to be eminently prize-worthy. Quite beside the point was the possibility that the thing was a failure, a miss, a pointless bore.

Africa was the setting and theme of most of Gordimer’s work. For years she explored—in fiction, lectures, articles, forums—relations between blacks and whites, or at least attitudes of whites to the problem of relations between blacks and whites. Her black intellectuals speak as her white intellectuals do. The opinions vary, but the vocabulary, the rhythms of speech, the type of moral concern and the way concern is expressed, are the same. Black men whose opinions or policies are presented as unacceptable, are nevertheless treated by the author with respect. This is undoubtedly because her point of view is always undeviatingly from the political left, and all the approved opinions and attitudes in her books are those of the political left. (A Guest of Honour carries an epigraph by Che Guevara.) What did she miss about what was happening in Africa, and about the character of the men who took power? A strong contrast to her perception is provided in the brilliant satirical novel about an African ex-colony and its president-for-life titled Filosofa’s Republic, by Theodore Dalrymple.

Here’s his protagonist and first-person narrator, a British accountant newly arrived in the fictitious African country of Ngombia to take up a position on a plantation, having checked into a crumbling Bulgarian-built breezeblock hotel for his first night, getting a room by bribing the desk clerk and carrying his luggage upstairs, there being no porters and the lift being out of order:

Nothing worked in my room except the radio. There was a powerful smell of fungus and all the lightbulbs had been removed. The windows would not open because the room was airconditioned, but the airconditioner did not work. I turned on the radio and listened to the news. Filosofa [the first and perpetual president, Cicero B. Nyayaya] had made a call to the Party [the only one] to be vigilant against enemies, to work harder and be more honest . . .

Cicero Nyayaya bears the honorific title of “Filosofa” because he has invented a political philosophy called Human Mutualism. He is an immediately recognizable caricature of the first and long-serving president of Tanzania, Julius Nyerere, known as ‘Teacher.”

Both books imply regret. But while Gordimer’s ambitious, painstaking opus is deeply serious, Dalrymple’s short lampoon with its shameless rogues in power, uncomplaining victims of routine injustice, cheerful corruption as a political system and way of life, is laugh-aloud funny. To anyone who knows—especially to anyone who has experienced—life in a sub-Saharan country, there can be no question about which of the two comes closest to reality. Gordimer’s reverence is – or was when she wrote it— “politically correct.” Dalrymple’s discerning, humane, morally coherent derision tells the truth.