The Banana in the Republic 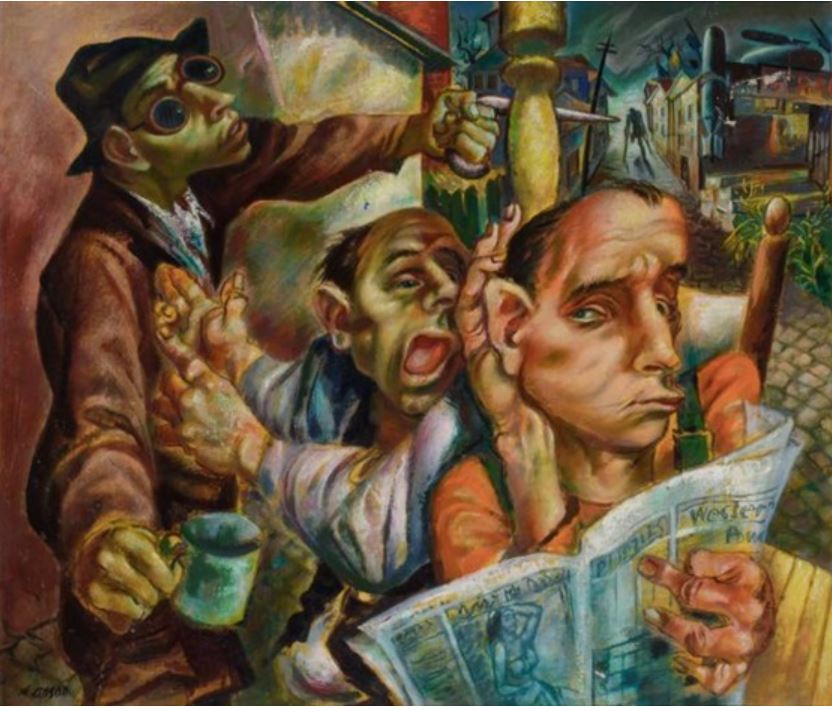 A people that elect corrupt politicians, imposters, thieves and traitors are not victims . . . but accomplices.
—George Orwell

Political scientists and pundits are fond of binary adjectival paradigms; black/white, red/blue, liberal/conservative, urban/rural, winners/losers, and many others.

The binary meme is now reinforced by the digital world.

You are on or off, in or out, on-line or off-line, connected or not, subscriber or not, and member or not. The binary trope is institutionalized in American politics, Republican or Democrat; as if all political possibilities are but one of two.

“Independent” is usually the voice of pyrrhic despair, a plea for none of the above.

We like to think that the internet expands the universe of choices, horizons, and diversity of thought. Alas, a better argument today might be made for recidivism; here in America, a blue wave backwards. We are now a majority archipelago of communal tribes populating a weird, yet wired, Orwellian chain of toxic anarchic city-states.

Clarity, if not truth itself, has been obscured by partisan social monopolies. With Google, Facebook, and Twitter; Big Brother now has a coterie of siblings censoring or spinning the daily news cycle in cities coast-to-coast.

The urban daisy chain is bound by monolithic liberal if not socialist politics. In places like California and New York, Democrat Party sinecures appear to be permanent. As Colin Powell reminded us: “That’s where the votes are.”

And who doesn’t want a free lunch?

Alas, republics and democracies can always vote for self-destruction, vote for their own demise. 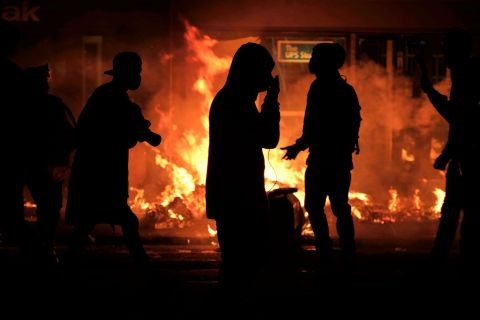 The American city has given new currency to vintage slurs like Third World or Banana Republic.

Riot, arson, and targeted mob violence are the knee-jerk reactions to candor or dissent in Gotham these days.

The national schism, however, is not the space between red and blue. The great divide is between metropolitan cliff dwellers and the rest of us. Rural New York and Manhattan are as different as roosters and rodents.

2020 might be the year that the adjective “united” ceased to define the states that pass for American.

The great seaside cities are now threatened by social and fiscal excess—and mother nature. If environmental Cassandras are correct, smog or rising seas will swamp many coastal enclaves long before insolvency does what it should. Urban poetic justice may eventually be served on a bed of seaweed by aquatic bottom feeders.

Sadly, as profligate cities slide back into the deep, rural makers will shoulder a larger burden for social, fiscal, and environmental takers. The City Journal calls the maker/taker imbalance the Chump Effect.

Cows, cars, hamburgers, fried chicken, and the American rural farm may be in the crosshairs; but legal pot and decriminalized opioids should smooth the transition to the urban Animal Farm.

Indeed, with the 2020 American election, urban socialist ascendency and generational social dependency are merged by acclamation.

Much of the left-wing skullduggery at the Intelligence Community, NSC, CIA, and FBI exposed since 2016 is likely to be white-washed or wished away. Indeed, the coup plotters at the FBI are back on track to be rewarded with a new and bigger headquarters.

Previously, dirty federal cops just thought themselves to be above the law. Federal apparatchiks now seem to have voter confirmation for their immunities. New memes for the deep state now are likely to include revenge, retribution, and recidivism.

If Biden makes it to the White House, we may never get to the bottom of Biden family corruption in Russia, Ukraine, or China. The national security swamp may never be drained. Coup plotters will live to subvert another day. Many Trump era policies and projects are on the block, too: immigration, border security, the wall, energy independence, tax breaks, and domestic security.

Foreign policy reversals may include Israel, Iran, and China.

A Biden/Harris regime is inclined to pack the Supreme Court too, defund police, and abolish the filibuster. Democracy was in the crosshairs in 2016. Next year, everything might be on the table.

Withal, Joseph Robinette Biden confirms the hazards of tenure; especially for those who believe Washington is a broken toilet. No matter how many times you flush in DC, the bowl is never drained. Indeed, Biden has been in the corrupt clockwise capital swirl for nearly fifty years.

Republics or democracies sometimes give us what we want or need. Just as often, choice gives us what we deserve.

In 2021, the Biden/Harris regime may be shooting the wounded just to remind 71 million sane Americans what the banana in republic really signifies.