The Bard’s Mere Players Still Strut . . . Upon the Stage of Washington 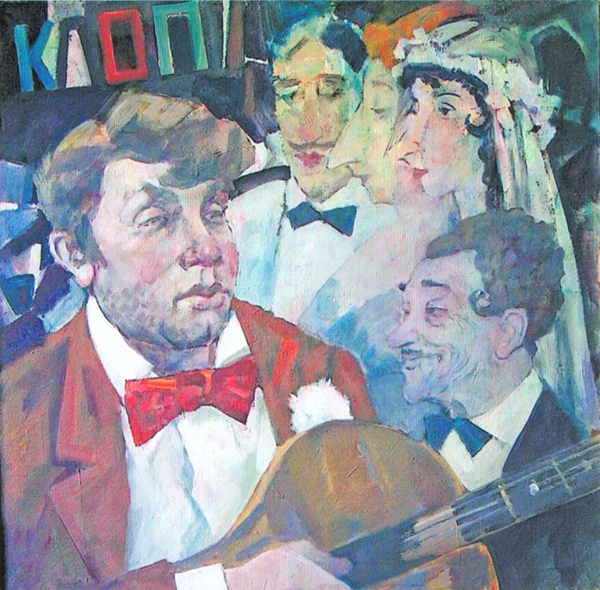 Conservatives frequently charge that newsrooms function like Democratic National Committee satellites. They ought to go to the theater. In Washington, D.C., too often the play’s the thing when it comes to partisan talking points.

Consider the newly-announced 2019-2020 schedules for three of the city’s most prominent professional companies and this season’s close at a fourth.

World-Premiere Power Play, ‘Celia and Fidel’.” It asks “can one woman change the mind of a man and the fate of a nation? Fidel Castro’s most trusted confidant and political partner, Celia Sanchez, is never far from his side as he grapples with how to move his country forward. It’s 1980 and a failing economy has led 10,000 Cuban citizens to seek asylum at the Peruvian Embassy . . . Castro must decide what kind of a leader he wants to be: merciful or mighty. Imbued with magical realism . . .

Excuse us, Molly, but it’s 2019 and we know the answer: Castro chose Marxist dictatorship from his 1959 takeover on, murdering hundreds, jailing thousands—including poets and artists. More than 10 percent of the population risked the shark-infested Florida Straits to escape. That was real. As for “magical realism,” it’s the literary-theatrical equivalent of computer-generated graphics in film. It permits escape from dead-end plots via dreams and ghosts.

Read more in New English Review:
• From the Magical Land of Ellegoc to the First Man on the Moon
• Slavery is Wrong, How Can Abortion be Right?
• My America: A Portrait in Exile

Then there’s “Ann,” the story of “an indomitable icon . . . legendary Texas Governor Ann Richards.” Democrat Richards was so iconic that, even with the state’s economy doing well, political neophyte George W. Bush defeated her in 1994.

“Punchline-packed speeches [translation: polemics] reveal the feisty and unadulterated” life of Richards, “an activist, politician and feminist champion.” Richards famously derided Bush as having “been born with a silver foot in his mouth.” Her wit notwithstanding, 1994 was the last time any Democrat won statewide office in Texas.

“Inspired by,” a variant of the slippery “based on a true story,” proceeds from poetic license to forcible appropriation.

“I don’t go to the theater to be lectured, I go to be entertained,” my wife said, scanning Arena’s early subscriber discount offer. And she’s a feminist with a security clearance.

Arena’s not the only playhouse knee-deep in didactics. Signature Theatre’s coming season will open with Stephen Sondheim’s Assassins:

From John Wilkes Booth to Lee Harvey Oswald, nine would-be and successful presidential assassins inspire each other to pull the trigger and change their worlds in a perverse, wry and thrillingly entertaining vaudeville . . . Sondheim’s stunning music and sardonic lyrics in a fascinating examination of the twisted American Dream.

Not clear here—did the assassins twist the American Dream, or was it that way before they got to it, driving them to murder to untwist their worlds?

Next up, Escaped Alone, Caryl Churchill’s “caustically funny and surreal afternoon of tea and calamity.” Churchill allegedly is “one of the most important playwrights of our time.” Hmm. Speaking of calamities, her oeuvre includes the 10-minute anti-Zionist rant Seven Jewish Children. Journalist James Kirchick noted it drew “a straight line from Nazi Germany’s mass murder of Europe Jewry to Israel’s treatment of the Palestinians, an old trope in the quiver of rabid Israel haters.”

Studio Theater will open its 2019-2020 season with Doubt: A Parable. Studio previews Doubt this way: “The Bronx, 1964. Suspicions surface at a parochial school about a charismatic young priest’s interest in a Catholic school’s first and only Black student. Absent hard proof, Sister Aloysius, the school’s starched and self-assured principal, tries to protect the innocent—but is she doing God’s work or is her certitude actually pride? Doubt is John Patrick Shanley’s masterpiece about faith, ambiguity, and the price of moral conviction.”

Damn those pricey moral convictions, I always say, those inhibiting “thou shall” and “thou shall nots.” Let us, rather, with the certitude of articulate adolescents, embrace ambiguity, an attribute beloved by theater reviewers. After all, who can really say what’s right and what’s wrong? I mean other than those starched, intolerant types like Sister Aloysius.

Studio will follow Doubt immediately with White Pearl. It seems to brim with contemporary comic potential: “Clearday is a cosmetics company on the rise: Based in Singapore, launching a global skincare range, and bringing a start-up mentality to the big leagues. But a draft ad for their [Sic.] latest skin whitening cream surfaces on YouTube, gathering views and outrage. As morning nears in the U.S. market—19,643 views. 467,327. 654,398—Clearday’s all-female team hustle [sic] to contain the damage before Buzzfeed weighs in: Someone’s definitely getting fired. A comedy from rising Thai-Australian writer Anchuli Felicia King . . .” So far, so good.

Read more in New English Review:
• We Will Not Go to Mars
• Gratitude and Grumbling
• My America: A Portrait in Exile

And as the 2018-2019 season ended, Shakespeare Theatre’s retiring artistic director, Michael Kahn, chose The Oresteia to cap his long career. The version presented was playwright and actress Ellen McLaughlin’s melding of Aeschylus’ ancient trilogy on the Trojan Wars.

McLaughlin began writing “in the summer of 2016 in what seems another world . . . ” She was puzzling over act three, “the one everyone agrees is the hardest because it can become a kind of tedious civics lesson—when the unthinkable happened with the election of the latest American president. I came to a dead stop and could see no way forward, not only in the play but in my life.”

She resolved her Trump-caused existential crisis via example of South Africa’s post-apartheid Truth and Reconciliation Commission. So, at the play’s conclusion, The Oresteia’s chorus slouches about portentously, and quite monotonously, declaiming “Justice! Justice!”

See you at the theater. And caveat emptor, baby.

PrevSlavery is Wrong, How Can Abortion be Right?
Bible Champs of the RingNext