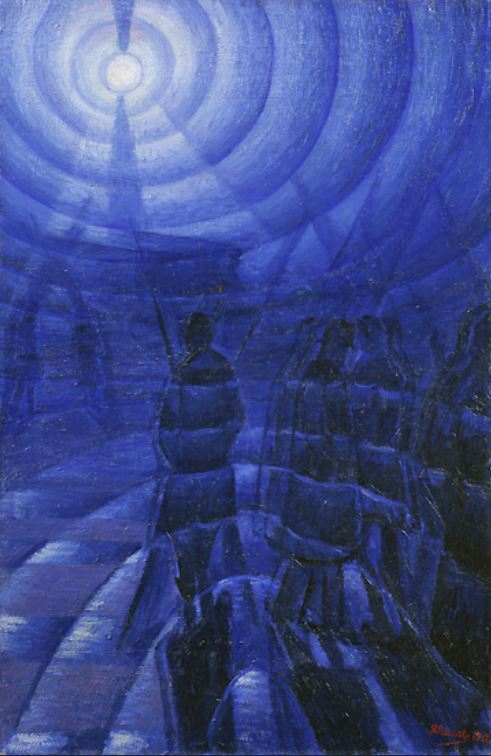 I invented something. It will transform healthcare.

I got funding and built a huge company. That’s all gone now.

The story is a good one, though, I think. You decide.

I appeared on an American television show called FishTank several years ago. I know that the episode aired at least once because my mother told me so. Maybe you saw the episode?

FishTank is a show where people who want to start businesses, or who have a business plan but no start up money go to try to get venture capital investments. If the guest is lucky, or they have a great pitch, then they can get funding. Sometimes, the guest has to give up a much higher percentage of company equity than they prefer. It’s this synergy and conflict between wealthy investors and hungry entrepreneurs that makes FishTank so interesting and sometimes dramatic.

I was never interested in fame. I was reluctant to appear on FishTank. But after a walk in Greenwich Village and seeing a newspaper article on the wall of a bagel hole shop there, I knew I would have a better chance at getting big funding with the Fish than by approaching any banker.

Here are my impressions of each Fish:

Fish1—Hard-nosed Wall Street-type, calls himself “Mr. Superb” for some reason.

Fish4—A technology billionaire; made his money through mergers and acquisitions. Has a sentimental side.

I am an inventor, Mr Superb. I need lots of money to build out my invention and market it to the world. I have a degree from Harvard in International Relations, a masters from Oxford in Applied Biology and Logic, and a PhD from Stanford in BioTechnologyEthics.

Well, I need a lot of money. I found out about FishTank when I saw a newspaper article about the owner of the Bagel Hole shop in the Village. She came on the show, got funding from you people and is now successfully selling bagel holes. That was when I knew I had to come on FishTank. I thought that anybody who would invest in bagel holes were my sort of people.

Not at all. I love bagel holes.

When humans become disconfukulated, or “ill” or “sick” as medical people like to describe it, they can be made well with the Biodeconfukulator because it deconfukulates whatever it is that causes the ailment. It’s essentially a cure for all human illness. It deconfuks all fukulations.

I will leverage the finest minds on this planet in the field.

I will have remote engineering locations in Hyderabad, Bangalore, Tblisi, Kyiv, and Adamstown where the best engineers and scientists are currently working.

I propose that you invest 50 million for a 40% stake in the company.

I need the money to build a company to create the Biodeconfukulator at scale, then market it to the world. This will require top end engineering, superb staffing, excellent scientific minds. I estimate that within 5 years the company valuation will be 30 billion dollars and the health crisis of this planet resolved.

No. But I have this drawing of the unit, here.

The box is black because we cannot show the mechanism of the unit. Thus, it is black. Additionally, for commercialization purposes it’s black and sleek—you know, like the first Macs.

They were sleek, though.

You did not invest in the bagel holes, Mr. Superb. You described them as stupid and ridiculous. You lost money, probably several million, right?

So, I thought that anybody who invested in bagel holes was my kind of investor.

I didn’t mean to suggest that investing in bagel holes was wrong, just that it’s . . . unexpected, and non-standard. I mean, bagel holes don’t exist, it’s a hole. How does one package a hole?

I can explain the terminology. The Biodeconfukulator directly addresses the confuktions of the modern human body, managing and repairing the genome itself via proprietary technology that is delivered via the machine in its black box housing. My mission is to deconfukulate as many people as I can—using the Biodeconfukulator, of course. Several treatments will bring curatives and health unseen before, and the money will pour in, not unsimilar to all the trillions you folks got from the bagel holes.

How can a hole, which is by definition a nothing, be tangible? Your concept of what is real and what is not is at the center of this discussion, isn’t it?

Yes, that is true.

Ok, what do you need?

We can disrupt healthcare together. The world needs deconfukulating and we’ll do it together! Very exciting.

Were you skeptical when you invested 30 million in bagel holes?

No. It’s a simple question.

And so, that is how my appearance on FishTank concluded. I got two serious investors, seed money for the deconfukulation enterprise, and national exposure on television.

The purpose of the enterprise was just as I had told the Fishes, I want to end confukulation, and deconfukulate ill health in this country then around the world. The Biodeconfukulator was the way that this all would be done.

I built out a corporate headquarters and manufacturing facility in Mountain View, California. With my Fish partners and all of their investment monies I hired the best engineers in India, Ukraine, Pakistan, Brazil, China, Taiwan, Estonia, and on Pitcairn Island. I travelled to all of these offshore offices making friends around the world.

I was on the cover of Forbes, INC., Fast Company, and the Google Innovator site; I had a Facebook page, and 45 million Twitter followers. I spoke at TedTalks and my video about deconfukting the American healthcare system and the promise of the Biodeconfukulator got 42.5 million hits on YouTube. Money was flooding in. I got a new electric car. I lived a spartan life-style not wanting people to think that I was in it for the money. I evangelized the biodeconfukulator where ever I went. Global interest reached a crescendo, and the operations in Mountain View continued 24/7.

After one year, both Fish investors received their initial investment back. They sat quiescent on the Board, not interfering or asking questions happy as deconfukted clams. Once, during a board meeting, one of the board members brought in an original Reich Orgone Accumulator that he’d bought on eBay. I couldn’t believe it. It was fantastic. I was so impressed.

The board member said, “Here is an Orgone Accumulator. Reich went to jail for this because it’s a fraud medical device that does nothing at all. So, my question is this: what is the difference between the Orgone Accumulator and the Biodeconfukulator?”

As you can imagine pandemonium erupted. Chairs went airborne, and the board member with the Orgone Accumulator was hospitalized due to a “work accident.” He didn’t make it.

We continued research and development. When the CDC and CMS and leading scientists from the world’s best universities tested the equipment, they were impressed at how it brought dead animals back to life, how it revitalized dying plants, how it grew hair on bald heads, how it grew missing limbs back right where they used to be and, through the miracle of science, the unexpected benefit of turning low quality wines into the finest wines then available. Excitement was high, at least in my office in Mountain View on the third floor.

And then, right then, when all was going so well, a missing limb that had been biodeconfukulated reappeared on the wrong body. A woman appeared at corporate HQ and asked to see me. She had three arms. I couldn’t understand it. I checked all the equipment and all the settings. I realized that the location statometer had been set incorrectly. But the damage had been done. The next day a one-armed man came to the office saying that his left arm had gone, he didn’t know where it was or what had happened to it, and blamed me. Things were suddenly going very poorly.

FishTank never aired a follow-up episode about the success of the company, all the reattached limbs or all the resuscitated deceased people or all the bad wine dramatically improved by the Biodeconfukulator.

One day, everyone at the company resigned, and all the offshore engineers stopped acknowledging my texts, emails, voicemails and then, finally, happy anniversary messages.

In this place where I live now, waiting for the trial to start—everyone seems to have made up their minds already. I have an hour of supervised internet access a day. They watch me closely and talk amongst themselves. But I know that they are confukted and just one session with the Biodeconfukulator would solve all their problems.

They took all the biodeconfukulators so I can’t do what I need to do. Just one session and I’d be all fixed, and just a little bit longer and the healthcare system completely deconfukted.

It’s a little, tiny world of confuktion I live in now. I can’t see the end of it.

I just wanted to help. Honest.