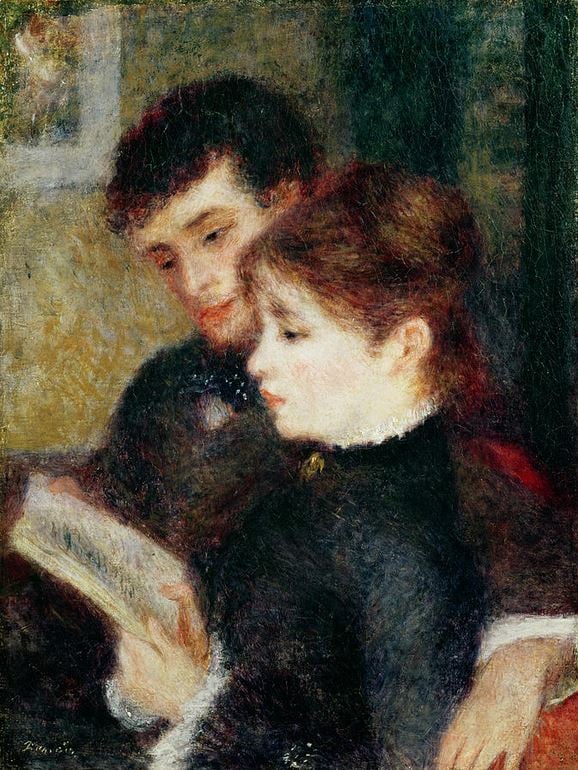 George and Linda Walton, of suburban Orlando, have been married three years. Just turning thirty, no children were in their agenda and each had their own career plan. Linda was a corporate assistant to an assistant vice president at the National Disney Bandage Company, which designed and manufactured Disney character bandaids. Linda put in long hours hoping one day to move up the corporate promotion ladder.

George was a home-based author who wrote articles for several national magazines and three syndicated newspapers. His dream was to complete his book entitled, The Book Lover.

“George, you’re boring. You work at home in your pajamas and write junk for publications few people ever heard of, let alone remember.” Linda’s voice had a weathered sarcastic edge.

“You can’t minimize the fact that my published material carries my byline. You suck up to that dimwit redhead floozie of an assistant VP at your Mickey Mouse company.”

“Oh, go eat your own bowel movements, George. My paycheck is double yours and I have marketing skills that will move me to the top.”

“Linda, you’re nuts. Remember how you fell flat on your face when you wanted to market a Daffy Duck bandaid targeting the black children of the country? The company could have gotten sued for racial profiling and had to scrap the project.”

“My boss thinks I’m back on track. He recognizes my advanced marketing vision. Why don’t you improve your writing skill and finish that stupid novel of yours?”

George counted to ten, took a deep breath, and sighed out an answer, “For your information, I’m going to a writer’s workshop next weekend and present my work-in-progress to a literary agent. It’s also Valentine’s Day weekend, for all you care.”

“So what, I need a break from looking at your food-stained pajamas.”

George had answered an unsolicited email from a literary agent who thought well enough of his first three chapters to suggest a meeting in New York City. On the way, George let his thoughts wander the already written pages of The Book Lover. The title itself could have several meanings. It was, though, not about a person who loved books, but about a writer in love with a woman who existed only in his novel. The main male character was crafted after himself, and the fictional woman looked like his wife Linda. Her attitude and demeanor were, however, totally different.

The Book Lover-Linda, a true love of his life, was a caring and a charitable soul. The imaginative wife of his text was encouraging and supportive to his writing creations. Book Lover-Linda also worked for a Disney subdivision. It was the book and story acquisition department near Disneyworld®.

In his thoughts, Book Lover-Linda snuggled close to her standing husband. Her voice was like velvet, “George dearest, I gave the first chapters of your book to a New York City Disney literary agent in the fantasy-book division.”

George’s reverie continued, “Why New York?” He returned the hug. “Isn’t there someone here in Orlando?”

“Not like this person. He can make dreams come true and turn your book into a magical romantic tale. His name is Simon Samovar.”

The office was one room with a single mahogany desk and chair plus a visitor chair at its front. There was a Mickey Mouse pendulum wall clock ticking loudly to his left. A phone shaped like Aladdin’s Lamp was to the right of a seated white-bearded man. To the man’s left was a wooden nameplate with the word “Samovar” beneath a scimitar sword, and an inbox with one folder on its tray. Mr. Samovar wore a dark blue velvet robe and a blue velvet moon-and-starred pointed hat like Mickey Mouse from Fantasia®.

Samovar pointed to the chair and George sat searching for words when the velvet-clad man broke the short silence. “George, I signed my letter to you with the initials, S.S.”

George swallowed hard, “Your name is Simon Samovar? I mean, I don’t remember ever making contact with you or ever hearing your name until just recently. I mean somehow the initials seem to speak your full name to me.”

“George, dreams are the stuff books are made of. And occasionally those dreams come true.”

“What do you mean? And may I ask who sent you my book chapters to read?”

“Why, your wife Linda of course.”

“My wife doesn’t support my writing career, and would never have acted on my behalf. She constantly puts me down.”

Samovar stroked his long white whiskers, “George, I’m talking about your wife in The Book Lover. Your story represents your life as you wish it could be. Wishes as intense as yours are not overlooked by the parallel world we can live in.”

“What parallel world?” George’s throat was dry. A cold bottle of water suddenly appeared in front of him.

“It’s the world of dreams, wishes, and fantasies God gives to us.”

“How did I come to write your name in my appointment book?”

Samovar ignored the question. “Your Book Lover-wife knows me and, through your writing, I know you. You desire the serenity of the life you write about. However, you’ve been stuck as to how the novel will end.”

“You’re here today to complete the ending in The Book Lover.” Samovar moved the Aladdin phone over to George just before it rang.

George began to sweat. He stared at the phone and put it to his ear. “Hello … Linda?”

“George dearest, I want to be with you forever, and carry the torch for your success in our marriage and your writing career.”

He swallowed the rest of the water and another full bottle immediately appeared. “I want that more than anything dear.” He paused looking at Samovar and continued. “I can’t understand your change of heart.”

“I never had a change of heart, George. Don’t you want the same thing? All you have to do is wish for it.”

“What I wish is that you were the real Linda of my novel. I wish you were that Linda who could be with me forever.”

He left the small office feeling somehow fulfilled. As George descended the elevator, the signage on the office door disappeared.

He arrived back home and waited for his reality Linda to come home from work. She looked radiant instead of harried and stressed out. He crossed his fingers and in a slow sentence gave her what he hoped would be received as good news. “Dear, I finished my book and have a publisher.”

She gave him a kiss and a hug. She whispered, “Happy Valentine’s Day. I know about the book, dear. Simon called me.”

George became wide-eyed. “Simon? Simon Samovar? Linda, you sound like you know him. I didn’t tell you his name until I left for New York.”

“Why dear, I’m the one who told him about you. Let me have your computer, please.”

“George, honey, I’m your Book Lover-wife. The book you completed in New York is about us. Your other Linda is now in the unfinished version you were writing before you met Simon.”

The computer screen had a chapter open and the words definitely did not denote domestic tranquility. The changed Book Lover-Linda was saying, “George, you’re so damn boring. It’s driven me to a long term affair with Hubert from the Elmer Fudd department at Looney Tunes®. I want a divorce!”

Book Lover-Linda held George’s hand. “Your novel now has the old Linda who can live permanently in her Disney Bandaid heaven. The company is moving me into story acquisitions.” She made a few entries on the computer and pressed “enter.” She smiled. “The new Book Lover-Linda will be happy in a world of corporate competition, sabotage, and discord. That book will live in a limbo world of isolation. It will never get off the ‘to be published’ shelf.” She touched “select all”, squeezed his hand, and hit the “delete” button. She threw her arms around him. “She just got her divorce, and can live in her own dysfunctional realm. The real Book Lover novel is all about us now, and we’re going to have many adventures and many happy stories.” She hugged him and locked her eyes on his. “And it’s about time we have children who can be a part of our happy new universe.”