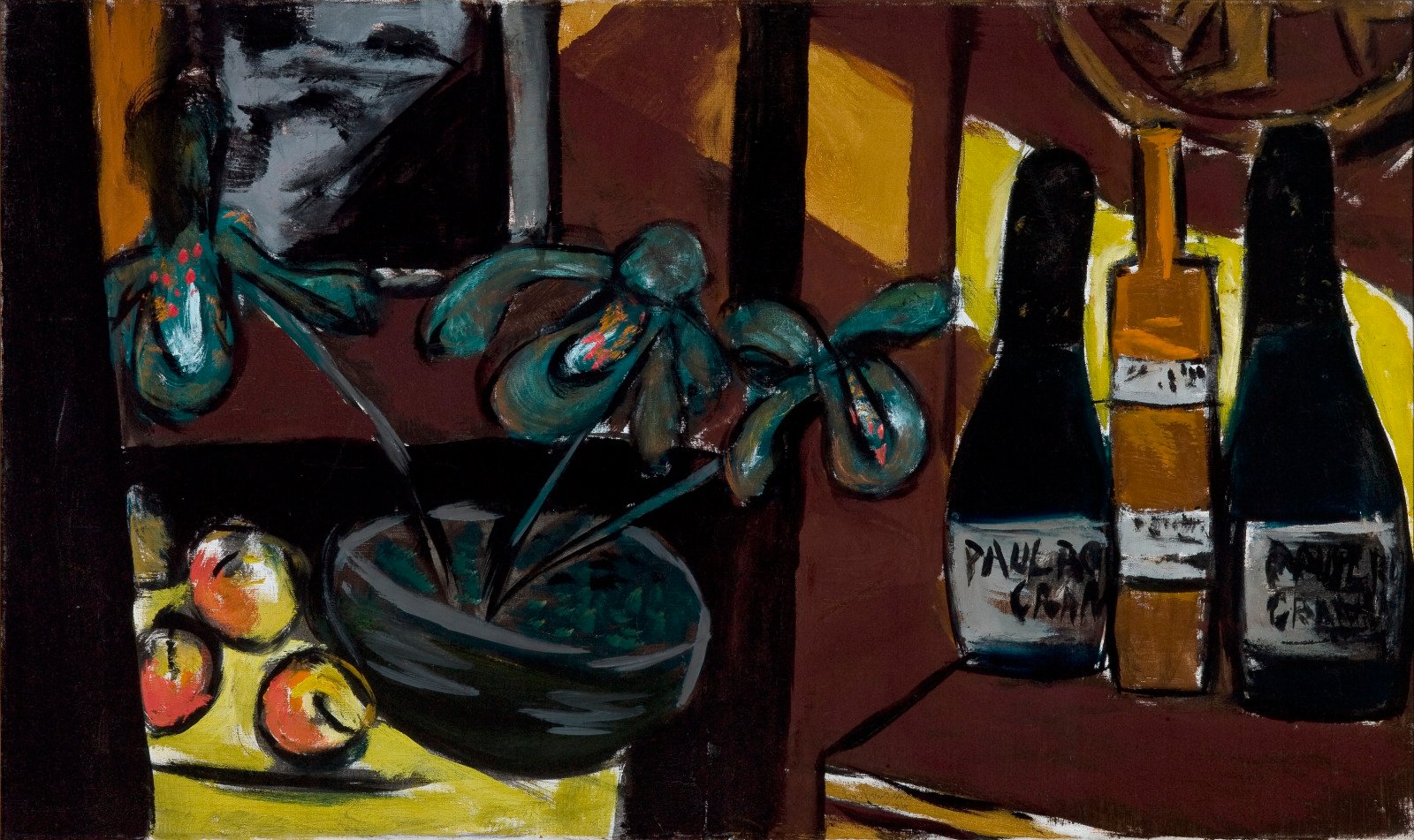 The New Year was at hand with just two more days to go. Philadelphia streets and sidewalks were already covered with an inch of new fallen snow. Delbert Philpott tightened his scarf and brushed some accumulated snow from his shoulders. Philpott had no plans, as usual, to celebrate the New Year. And why should he. It was a crud year, like every year. Day-in-and-day-out he edited five sections of World Magazine. Each item was written by someone else, and he cleaned it up. He had started at the publishing firm right out of college. What he really wanted was a news reporter’s job and his ultimate goal was to become a lead news anchor on television.

Philpott’s thoughts were recurrent almost daily, and he aired them to his home mirror image. “Changes, changes–that’s all I do is make changes in someone else’s word choices. They get the credit and the big bonuses. I don’t even get an ‘atta boy’”. At office parties and functions he seemed to blend into the surroundings like furniture. Delbert Philpott was invisible.

One woman in particular, who’d been at the publisher’s for years, always greeted him the same way, “And you … are … George … eh … Edmund?

“No, Susan, it’s me … Philpott. Delbert Philpott. I’m three cubes down from yours, remember?”

“Oh, you must be new. How could anyone forget your name? It’s so …” Susan was searching for the right word. “… uncommon.”

“I’ve been in the editorial division longer than you Susan. I …” His words dissipated to nothingness as Susan spotted another colleague, and quickly departed.

To Philpott, Susan Scrimshaw was unforgettable. Every day, he’d go over her attributes— intelligent, beautiful, outgoing, confident, and assertive. At home at night before sleep came, he’d speak to the ceiling, “She’s everything I’m not and everything I want.” Delbert Philpott lived in a world of regrets and elusive dreams.

He mulled over possibilities for New Year’s Eve as he walked home. A sudden gust of icy wind and snow caught him in the face. He ducked into a recessed storefront entry. It was a liquor store. He looked back at the polar weather and into the inviting warmth the store promised. He rationalized his presence looking at all the stacked bottles inside and mumbled to the frigid air, “I have to buy some champagne anyway … even though it’s only for me. It’ll be my tenth time bringing in the New Year alone. So what, I don’t have any New Year’s resolutions. Each year of my existence is just a repeat of the others.” Philpott entered the store with the door’s tinkling bell announcing his presence.

An older gentleman with white mutton chop sideburns, high Eton-collared white shirt with black bow tie, a red plaid scarf, and matching vest appeared behind the counter. “Everything is on sale for the New Year, sir.” His deep voice had a reverberation quality.

Philpott looked around at the wine selection and focused on the champagne rack. He was the only patron. “All the bottles are pretty dusty. I really just want a symbolic champagne … not an expensive vintage.”

“Ah, my dear sir, these wines are not at all costly. They’re all special years that go back many generations. They’re also very unique in their ability to change things–more than just the way you feel at the moment.” The Dickensonian proprietor smiled and approached the dusty bottles with a small towel. “Please choose any champagne vintage. They all cost five dollars each, but you can only purchase one bottle.”

“I only want one bottle. I just want a standard toast to the New Year.”

“My good man, they all taste the same. So is your desire a bubbly French champagne flavor experience?”

“Yes … why do you say they’re special champagnes?” Philpott pointed to a dust-covered green bottle.

“Because they only go on sale for New Year’s Eve celebrations.”

“Can you explain further?” He gave the proprietor the five dollars as the man removed the dust from the bottle with the little towel.

“The experience is unique to each bottle’s owner. I can only tell you to read the back label when the clock strikes midnight on New Year’s Eve.”

It was almost the New Year’s first hour. Philpott had the TV on to the New York Times Square throng of revelers. Watching the Times Square Ball fall was something his family had done, and it became a highlight of his drab life. He pulled the champagne bottle from the ice bucket. “Look at the back label at exactly midnight,” the strange wine merchant had said. Philpott looked at the back label again, and it merely denoted a French town and the year of bottling—1878.

He spoke to the label. “1878! I can’t believe it was only five dollars.” The TV noise was getting louder. It was seconds to midnight. The crowd’s shouts escalated as the Time Square Ball fell, and the New Year arrived. Philpott looked at the bottle’s back label.

His eyes widened; the words had now changed. He read them aloud, “A drink of champagne of any size can evoke change for the past year and influence the years to come.”

He half-filled a champagne glass and took three sips. The TV screen changed to show a summary of death and travesty from the previous year. Russia’s invasion of the Ukraine seemed the most vile and cruel. Poverty, starvation, political upheaval, and disease from Covid-19 was still world-wide. Philpott was used to speaking out loud after years of living alone and pointed to the TV. “Now that’s something I would change, beginning with the pacifist editorials I had to edit. The US and our allies should send land forces as well as the Air Force as a defensive European border to supplement the weapons we give the courageous Ukrainians. There should also be a champion effort to provide immunization protection against infectious disease.”

The TV news anchor came on for commentary. “Thanks to the eye-opening editorials by World Magazine ace reporter Delbert Philpott, the US government and the United Nations are giving total focus on confronting terrorism, ‘Putin’s War, and rampant viral diseases.”

Philpott sipped some more champagne as his heart rate accelerated. The TV screen changed again. Susan Scrimshaw appeared in a video clip with her arm through his. The TV reporter continued, “In this summer interview with Philpott and fellow reporter-fiancée Susan Scrimshaw, we’d like to bring back his famous statement.”

He heard and saw himself on the TV screen, “Isolationism is no longer rational nor possible in today’s world. World Magazine has, and always will, present the news as it influences every man, woman, and child in every nation.”

He drained the last remnant in the glass and went to answer a knock at his door. It was Susan, dressed in a black sequined sheath, a New Year’s pink cone hat, and waving an envelope at him.

“Happy New Year, dear, I want you to open this.” Her eyes shot to the champagne bottle. “Good, you hardly touched it.” She read the label. “I never heard of that French town.”

Philpott grabbed the bottle. The back label had returned to its pre-midnight verbiage. He opened the letter. “Oh my God! World Magazine is starting a TV news channel. They want me as their anchor.”

“I knew it would be something like that, Del. I don’t quite understand it all, but you really swept me off my feet when you switched from a meek news editor to the assertive courageous man I love.”

The TV was still on. A man in the street interview was in progress. “And what do you project for the New Year, sir?” the newscaster thrust a microphone to an older gentleman.

“I would project peaceful earthly cohabitation with men like Delbert Philpott being a watchful eye and conscience for this planet.” The man in the Eton collar, plaid scarf, and white mutton chops smiled and winked at the TV camera.

Delbert Philpott winked back. He raised his glass to Susan and to the TV, “Happy New Year it is, indeed.”