The Creation Story: Day One 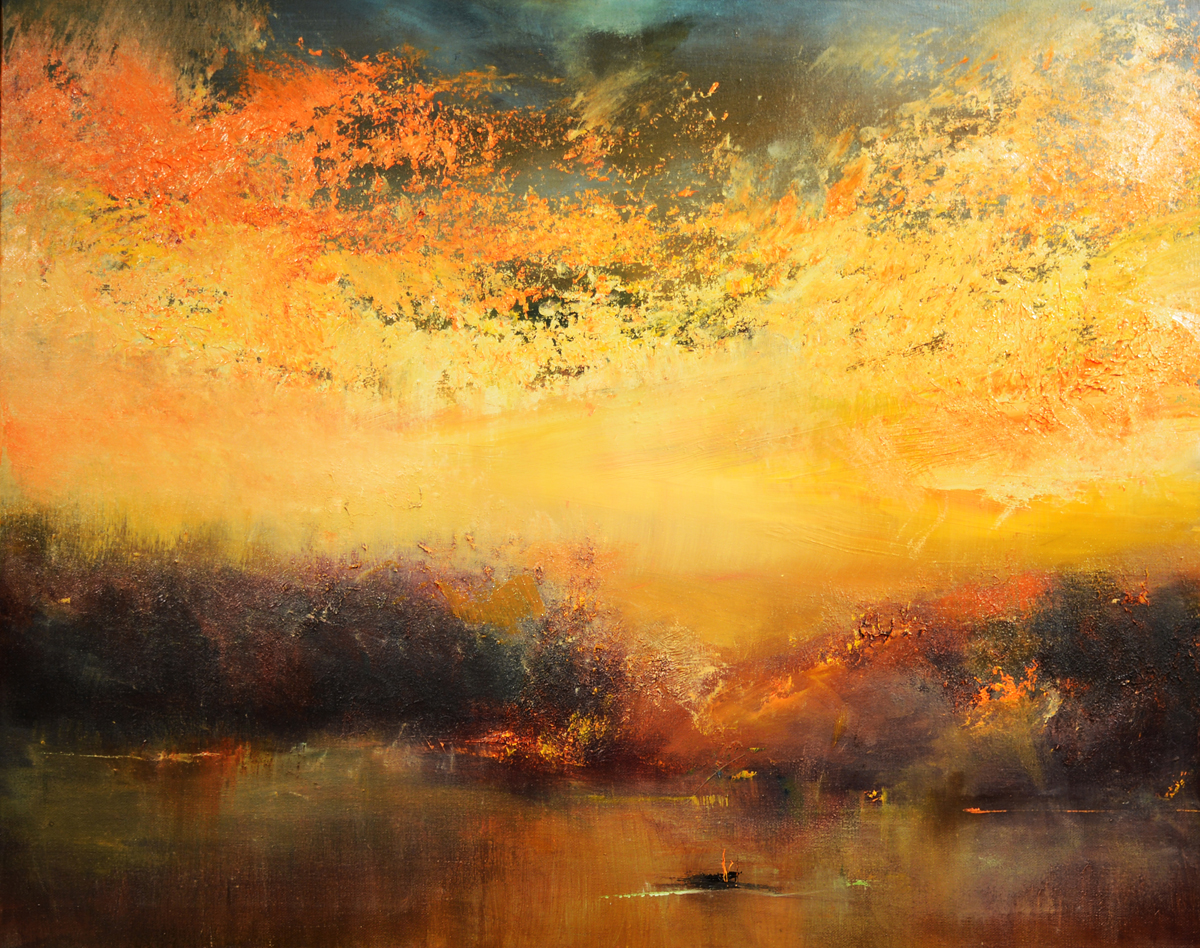 Let There Be Light, Maurice Sapiro

Humanity has long wondered about where we came from. To explore this question, creation stories sprang up in many cultures across the world, and some of these stories have unexpected parallels.

Almost everyone knows the first sentence of the Old Testament: In the beginning God created the heaven and the earth (Genesis 1:1). Some people say that creation stories of different cultures are very similar, perhaps one copying another. I would like to point out that we can also consider one creation story as a continuation of another; one learning from the mistakes of another and trying to correct it. To illustrate what I mean let us start with India.

In the Hindu tradition, the function of western religion Creator is divided between three Gods named Brahma, Vishnu and Shiva. Brahma is a creator of the world, Vishnu is its sustainer, and Shiva the destroyer. For those who are familiar with Kabbalah, these three can be related to sefirot of Binah (ceation), Chesed (sustainance) and Gevura (destruction) of the Kabbalistic tree of the life. To continue with the story, when Lord Brahma wanted to create mankind, he created five sons hoping that they would populate the earth. Lord Brahma apparently also created female companions in addition to His sons. His sons were, however, very spiritual, created only with noble intentions. They were interested in higher spiritual worlds, they considered any mating unworthy, and they refused to produce children. Thus, the Lord Brahma learned that the creation of Man with only noble intentions does not work. Then he created seven other sons. This time with good as well as with selfish intentions (YETZER HA TOV and YETZER HA RA in Hebrew), and it worked much better. They produced children. From their descendants arose seven Rishis of Hindu legends, who with the help of Divine Inspiration wrote the Vedas, the basic scriptures of Hindu religion. And all went fine after that and we are now close to 8 billion, about 1.4 billion in India herself.

Now, since no religion is an island, we are ready to come to the main topic of our story. “In the beginning God created the heaven and the earth”; the first verse of Christian Old Testament and of the Jewish Torah. Very simple and clear. Right? However, nothing written originally in Hebrew can ever be simple and clear. The Hebrew language has fewer words than English. Each Hebrew word is like a basket of different fruits from which you can pick whichever fruit you like. Thus, several hundreds of pages have been written about the meaning of the first sentence of Old Testament or Torah.

According to the tradition, the original Torah was written with just 22 letters of Hebrew alphabet (only consonant sounds), without vowels and without splitting the stream of letters into individual words. Thus, you can imagine that depending on how the letters are split into separate words and what vowels are filled in between the consonant letters, we can have many different Old Testaments. To prevent this from happening, a group of Jewish scribes, called Masoretes, gathered sometime during the 5th to 10th century of CE in Tiberias at the shore of Lake Kinneret (also known as Sea of Galilee) in today’s Israel, to standardize how the Torah should be read. They decided how the stream of letters should be cut into separate words and they introduced a combination of dots and dashes that were placed below the letters that indicated which vowels should be pronounced with given letters. This established so called Masoretic text which is basically identical to our current Biblical Old Testament.

With Masoretic vowels the first sentence of Old Testament in Hebrew looks like the following: BARASHET BARAH ELOHIM AT HA SHAMAIM VET HA ARETZ.  I will not go into many possibilities of how it can be translated into English. This would involve those hundreds of pages mentioned earlier. I will just concentrate on one interesting and unusual interpretation suggested by Zohar, the third (after Torah and Talmud) of accepted Jewish inspired texts. Zohar was very likely composed in the 13th century by Moses de Leon (1250-1305). However, he was pretending that the original came from the 2nd century written by Shimon bar Yochai, a well-known spiritual leader.  The meaning of individual words of the first sentence of Torah, as usually translated, is like this: BARASHET=in the beginning; BARAH=he created; ELOHIM=Elohim; SHAMAIM=heaven; ERETZ=earth; HA=the; VET=and; the AT is a direct object indicator; it is not translated, it just indicates that a following word in a sentence is a direct object.

According to Hebrew grammar the subject of the sentence comes usually after the verb, not before as we have it in English. Thus, in English for example we say “John goes home.” However, in correct Hebrew we would say “Goes John home.” Thus, a translation, according to correct Hebrew, of the BARAH ELOHIM would be “Elohim created.” However, the authors of Zohar say, let us forget the grammar and let us read it in the order as it is written. In this way we get: BARAH= he created, ELOHIM=Elohim. Thus, we get the first sentence of Torah and of the Old Testament as: “In beginning He created Elohim, the heaven and the earth.” Surprising, and maybe even confusing.

First of all, who is He? According to Zohar and Kabbalah, He is a non-personal unmanifested, completely hidden God, a true owner of the universe. In Hebrew He is called EIN SOF, which means: there is no (EIN) end (SOF), thus we can say an Infinite One.  Then we hear that in addition to the heaven and the earth he created Elohim. The word ELOHIM in Hebrew has the form of a masculine plural. Thus, He created several “Elohims.” How many? Again, some of the Sages of old are ready to help us to figure it out. BARASHET, which is usually translated as “in the beginning,” can be split into BARA and SHET, where BARA stands for “He created” and SHET means “six.” Thus, we have the answer: He created six “Elohims.” Why exactly six? I am not sure; perhaps for the six days of creation, or He did not want to copy the Indian Brahma who created first the five and then, when this did not work, created seven sons. Several Jewish mystics considered a possibility that the Creator created several helpers. Maimonides (1138-1204) declared that God does not speak to any human being. That all messages to man are sent through what he called angels, meaning some spiritual entities.

On the same first day of creation Elohim said; “Let there be light” (Gen 1:3), and there was light. Thus, on the day one Elohim was able to create just by saying it, by words, by the sound; we will see later that the same method did not work on second day.  And Elohim saw that it was good. During the 6th day, Elohim created a man, and He did not forget to include both good and the evil inclinations. And the first commandment Elohim gave to Man was “Be fruitful and multiply” (Gen 1: 28). Now, we can also understand why this which looks trivial and completely unnecessary to us, was so important for Elohim. He did not wish to fail similarly as Lord Brahma did in India some time earlier.

You may say, India is far away, what does this have to do with the Old Testament creation story? Torah was written somewhere in today’s Israel.  Just remember that no man is an island and that also no religion is an island. What happened on second day of creation, we leave for the next time. Shalom. Peace.

**I wish to thank to Lily A. Chylek for reading an earlier version of this article and for her comments and suggestions.

Petr Chylek is a theoretical physicist. He was a professor of physics and atmospheric science at several US and Canadian universities. He is an author of over 150 publications in scientific journals. He currently lives in the southwestern US.