The End of English Liberty 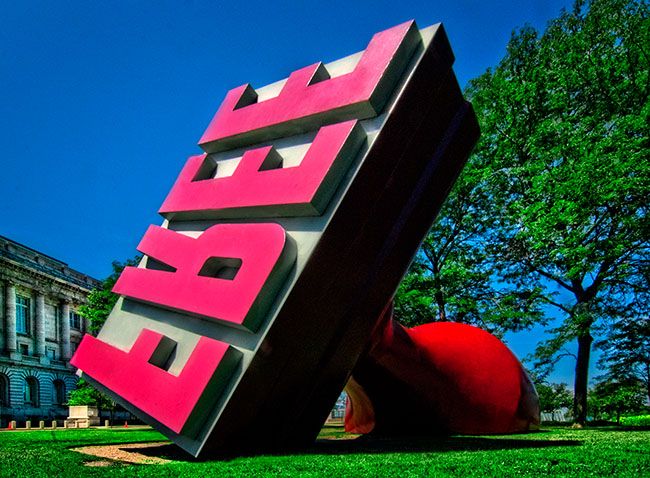 In 1625, Charles I ascended the thrones of England, Scotland and Ireland, certain in his divine right to rule. But by 1649 he had found himself stuck between the bars of a window in an Isle of Wight prison tower. Having wriggled half way out the window, he discovered his calculations had been mistaken: he managed to get his shoulders through, but his torso became lodged between the bars and he was unable to move either forwards or backwards. No one could have foreseen such a fate for the king.

I cannot help but find in this a metaphor for Britain today. Our government, having made the gravest of miscalculations in its response to COVID-19, finds itself unable to move either forward or back. And of course, no one ever expected we would be in such a position. If you said seven months ago that gatherings of more than six would be banned, no one would have believed you. If you said that communal singing would be banned, no one would have believed you. If you predicted a scenario of mass paid full-time unemployment, denial of access to dying loved ones, the forced closure of churches, businesses and playgrounds, the compulsory covering of the face—any reasonable person would have thought you entirely without reason. And if you said that all this was to happen without a single parliamentary vote, they would have considered you a silly and conspiratorial fantasist.

Piers Corbyn would be an obscure eccentric were he not the elder brother of a not-so-obscure eccentric, the former Leader of the Labour, Jeremy Corbyn. Piers, who for some inexplicable reason believes COVID-19 may be a hoax or else linked to 5G signals, was arrested at a sizeable anti-lockdown protest and fined £10,000 for his role in organising the event, which was technically illegal under current regulations. This fine is clearly not proportionate to the supposed crime. It is not there to deter, like say a parking ticket, but rather it is there to utterly ruin the life of whoever commits the offence, for how many people can endure a £10,000 fine? Piers, a 73 year old man, was dragged away by several police officers and detained for several hours. Meanwhile Black Lives Matter and Extinction Rebellion have held many disruptive and even violent protests and as of writing no one has been fined £10,000. Few would have thought this imaginable at the beginning of this year. Few would have thought a non-ideological fun-loving Etonian like “Boris” Johnson, a self-satisfied incompetent like Matthew Handcock, and a billionaire hedge-fund manager like Rishi Sunak would be the vanguard for Communism in Britain, but these are strange times indeed.

Unlike in the English Civil War, Parliament is entirely unwilling to assert itself. It has not voted on these measures—they are mostly Statutory Instruments based on the 1984 Public Health Care Act. By using Statutory Instruments, the government has largely avoided parliamentary scrutiny. All they have to do is announce that something will become law, perhaps on a television programme or somewhere else outside Parliament, and magically it becomes law a few days later. No real debate, no committees, no second or third readings, no going to the House of Lords. There is serious doubt as to whether this is legal, but the only challenge in court by business Simon Dolan was first rejected, then won appeal, but has since been delayed—incredibly—because a government lawyer has gone on holiday. Even the March “emergency” Coronavirus Act was passed not with a vote, but a nod. This is a rubber-stamp parliament; the Opposition’s only criticism is that the government has not gone far enough in its intrusion into our lives and its disruption to our social and cultural life. The Opposition does not criticise the government for stripping us of our liberties; it only criticises the government for doing it incompetently.

It is astonishing how quickly a society can change. One day a reasonably free country, the next an egalitarian police state. We are heading towards a type of a society that many of us, however pessimistic we are, never expected to see so soon—and most never expected to see at all. This crisis has revealed a complete revolution in our political values. It is astonishing that the British public, once proud of their historic liberties, proud to have “the mother of parliaments,” are now proud to walk around with compulsory masks on, in the belief they are doing good. They avoid gatherings with more than six people and obey “laws” which were never voted for or given royal assent. Britons are told to stand at least “one metre” apart—in a nation that used to be so resistant to the metric system—and they uncomplainingly do it. The nation that fought explicitly for Christian Civilisation in the Second World War accepted the closure of all its churches. The nation of “keep calm and carry on” seems only to panic with each new misleading government statistic and each new pronouncement by the creators of epidemiological models (who seem to have become modern-day soothsayers).

If the Tories wanted to end this nightmare they could not: they have jailed themselves in a prison of their own mistakes. They have gone too far, they have created too many fears. They have put their faith in too many faulty models, propagated too many silly and dangerous slogans, adopted too many nonsensical strategies. There is no longer any chance of them ending this madness, for they will not and can not admit they were wrong. Whenever the government tries to get out of it by lifting a few restrictions, they, like Charles I, find themselves stuck halfway out the window. Advisers begin to worry and the government are then swiftly reminded of the arbitrary red line of 50 per 100,000 “cases” (by which is meant positive test results), and they are dragged by their legs back into their prison tower—perhaps by one of the newly-commissioned “covid marshalls”.

And so we are being pulled back towards national shutdown, and by even more sinister means. Muzzles are becoming compulsory in more and more spheres of life. Fines for non-compliance with the rules regarding masks and self-isolation have been doubled, up to a maximum of £10,000. The Prime Minister has said he might “draw on military support where required to free up the police.” All this has been and will be done, I remind you, without a single vote in Parliament. Restrictions will remain in place for six months, we are told. The Prime Minister has threatened us with “significantly greater restrictions” if the fictitious R number fails to go below one. He implored us in his 22 September speech announcing the new rules to “cover our faces, observe social distancing—and follow the rules”. Why do so few hear how sinister this sounds? Only a man as unprincipled as Boris Johnson could be a Cavalier one year and a Roundhead the next. Who possibly would have thought a philandering libertarian would lead the most despotic, joyless government in this nation’s history?

This cannot last; there will be a Restoration of sorts. The question is for how long will it last, and whether it will have set a lasting precedent. I suspect we will never return to “normal.” While most people look back on Cromwell’s dictatorship as a bleak decade in English history, I worry our present interregnum will go down in history as a moment of great national endurance in the face of a grave unseen enemy. I suspect it may be like those antiterrorism laws and regulations that seem to have become a permanent feature of our constitution. And despite some increasing dissent, there continues, alas, to be a solid majority support for these measures—showing once again that democracy does not beget liberty.

I rather feel like I am living inside an episode of The Prisoner, the curious 1960s British television series where a former secret agent is kidnapped and taken to a happy little prison called “The Village”. He is not sure why he is there or how to escape, and the trajectory of the series is equally as unplanned and nonsensical as British government policy. There are compulsory, regulated celebrations of The Village’s leadership and institutions, rather like the almost-compulsory “Clap for our Carers” celebrations that were a weekly feature of British streets—every Thursday at 8pm. There are requirements to wear a regime badge (rather like the present mask edict). Citizens are endlessly fed bland, totalitarian slogans: in The Prisoner there is for example “A still tongue makes a happy life,” and in COVID Britain we have “Stay home, save lives” —or the latest one, “Hand, face, space.” In The Prisoner there are numerous coercive attempts to get “residents” to comply with the regime and be good citizens, as there are in COVID Britain. And if you do not cooperate in this egalitarian nightmare cries of “unmutual!” will be shouted at you; the leadership of The Village is often content merely to let the fury of the mob enforce its rules. We have seen something similar with citizens angrily enforcing mask compliance—Cressida Dick, the Commissioner of the Metropolitan Police, even said she hoped “people who are not complying will be shamed into complying or shamed to leave the store by the store keepers or by other members of the public.”

The dissident protagonist of The Prisoner, the unnamed Number Six, is portrayed by the regime as merely selfish and stubborn. So too are we terrible discontents in COVID Britain. Our opinions are not considered thoughtful or principled or rational—we are just selfish. We who, using the ambiguities of the regulations, avoid obeying certain rules are held responsible for the statistical increases in “cases,” despite a lack of evidence for such a wicked accusation. This is scapegoating, the deliberate stirring up of hostility towards a minority. It is classic totalitarian nonsense: that everything the government does would work were it not for certain undesirables who do not conform.

There is an oft-repeated legend that Oliver Cromwell, when standing over the corpse of Charles I, muttered “cruel necessity.” One suspects that Boris Johnson, standing over the ruins of British society with the same firmness of belief that he is doing good, is thinking something similar. But while his government’s measures are certainly cruel, they are not necessary. They are capricious, arbitrary and motivated by flawed ideology that says “something must be done,” no matter how, no matter the cost, and no matter the evidence.

Matthew Wardour is an English musician and occasional writer.

PrevRacism as Absence
Lionel Abrahams: A Voice For This SeasonNext