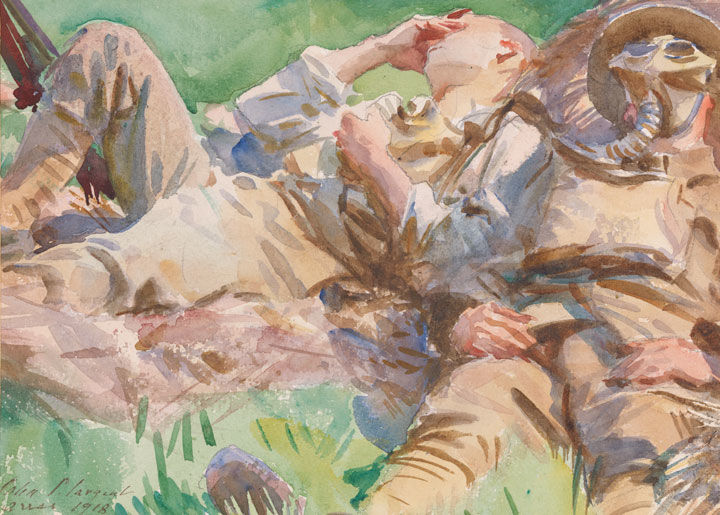 It is forbidden to kill; therefore all murderers are punished unless they kill in large numbers and to the sound of trumpets. —Voltaire

Older men declare war. But it is youth that must fight and die. —Herbert Hoover

I’ve always been mystified—well, if the truth be told, discombobulated—by the conventions of war, the elegant rules of the game that pretend to put an humane face on what is an incorrigibly savage, dehumanizing enterprise.

Where every war produces soldiers who rape, abuse drugs and alcohol and go AWOL, I’ve often wondered what kind of soldier I’d make, and conclude unofficially the best, officially the worst. Here is why.

Take the soldier who has been trained to kill, whose duty it is to kill, ideally whose passion it is to kill, but finds himself in a combat situation where he fails in his primary task: he only wounds the enemy. If the rules of the game weren’t choking his trigger finger and the coast were clear, this “good soldier” would matter-of-factly approach the wounded combatant and without blinking an eye finish him off and return to his work. But he is not allowed to get the job done, for if he does, it is at the risk of being either stripped of his rank or court-martialed.

If I were this soldier, not particularly beholding to someone who only seconds ago wanted to kill me, I would be wondering whose directives are these anyway? Why should I not be permitted to complete the task for which I have been trained: kill the enemy who would just as soon kill me? Instead, at the behest of the rules of the game, I am first of all asked to back off from my mission, and then provide the wounded soldier medical assistance until his rehabilitation is complete. If a truce is signed, the enemy soldier will be returned home where, now healthy, he can rejoin his unit and live to fight another day, and perhaps even kill me—this same soldier whom I could have killed right then and there.

For the sake of some desk-bound general’s extravagant notions of honour and probity, what the tidy conventions of war demand of the soldier boggle the mind in the context of lethal conflict. Show me the justice and integrity of the man, who, bursting with ambition, thinks nothing of risking the lives of thousands of soldiers to secure a territory that will add to his global ranking and prestige and make him more attractive to a woman who isn’t sure about him?

There once was a time when wars were fought honestly, that is out of grim necessity, in the absence of ulterior motive. In fighting over the necessities of life, one tribe would attempt to eliminate the other by whatever means or cunning could be summoned, including the surprise attack in the dead of night where as many men, women, and children as possible were killed. If we could time-travel a contemporary journalist to those battlegrounds of yore, it would be impossible to describe the above without reference to genocide, holocaust, or pogrom.

In the modern era, even though necessity is only rarely a provocation to war, man, hostage to his innate bellicosity, continues to act upon his lust for territory and prestige, but he’s now obliged to dress up his naked ambition since he has signed on to a world order that values the appearance of civility more than it abhors the slaughter and carnage that characterize every war. To persuade his proxies and nervous neighbours that he is a more civilized, kinder and gentler species than his barbaric antecedents, he evolves and enshrines in legislation the conventions of war to the effect that the savage that still remains is now dressed-up in a pin-striped suit and tie and listens to Beethoven while studying maps of the various regions under his conflagration.

And I, the good soldier, am expected to march to the drumbeat of those ennobling lies and deceits?

If my Prime Minister requires of me to put my life on the line in combat for the sake of his, at worst, unwholesome ambition, at best, a noble cause, the one rule that I’ll be beholding to is: all is fair in war. If I’m in Kandahar, on a house to house search and destroy mission, do you think for one second I’m going to spare the wife of the soldier who is loading the gun of her man who wants me dead? And beyond that, the extended family who will have been taught to hate me to the death?

Besides having an interest in preserving my one and only life—every soldier’s forbidden conceit—don’t I, a pawn in a game I don’t really understand, surely owe it to myself to annihilate the enemy by any means necessary? Feel free to call it by whatever term that pleases as you tune into the first of your three Sunday football games while my gluteals are out there in the line of fire, but if a job well done translates into the unthinkable, so be it; and if torture translates into reduced personal or national risk, again, so be it. No apologies. And if you are revolted by these frightfully easy conclusions and consequences, especially as they concern civilians and collateral damage, may the ugly and horrific truth of all wars provide the incentive to interdict them forever.

In the heart and imagination of every soldier lies the total capitulation of the enemy by any means necessary so he can finally return home to family, friends, and fishing rod. This is the truth of war where truth is beauty and beauty is truth and are words-worth living and dying for.

The time has come to speak what remains unspoken in every war; that there isn’t a soldier alive who wants to save the life of an enemy who wants him dead.

Those of you, and you know who you are in your unruly ambition, who have imposed the tidy conventions of war on your propagandized proxies, if there is a rung of hell for which you are fit it is found in the tortured schizophrenic mind of every soldier who wasn’t allowed to finish the task for which he was trained, and died as a consequence.