The Layman’s Guide to Classical Architecture, a review 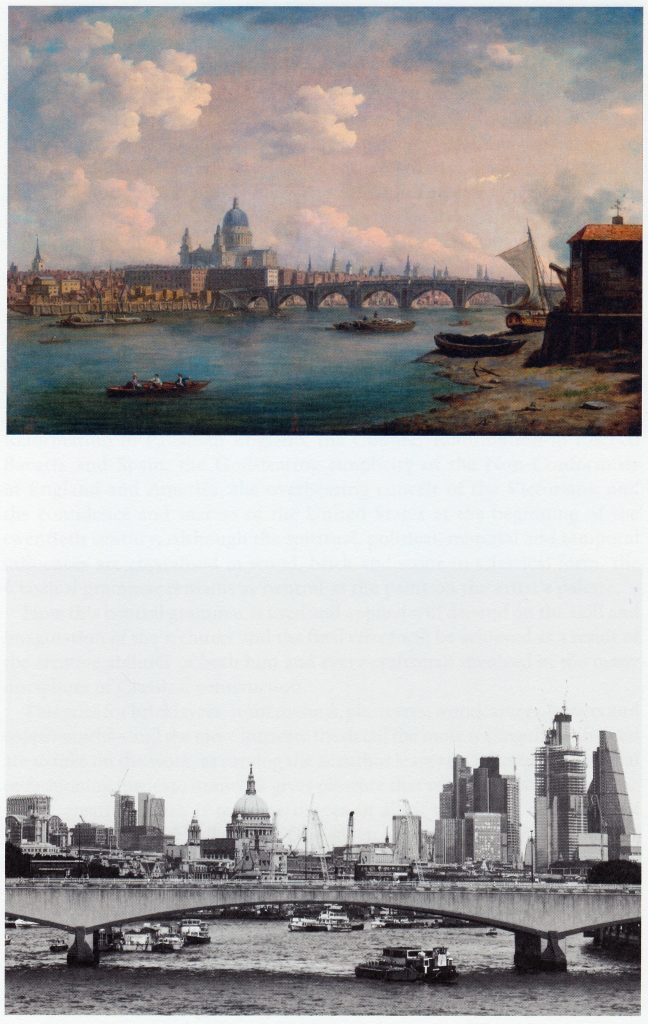 As a student, John Quinlan Terry (b. 1937), like several others who had the misfortune to attend British ‘schools of architecture’, had an ‘unrewarding spell at London’s Architectural Association’, but his career as a distinguished architect really began after he was fortunate enough to join, in 1962, the late Raymond Charles Erith (1904-73), who had established his practice in Dedham, Essex, and whose work continued in the glorious traditions of Classicism and traditional building. Erith taught Terry for eleven years, and it shows in terms of scholarship, refinement, craftsmanship, quality, reticence, and simple good manners (virtues singularly lacking in the loutish products of those ‘trained’ in ‘architecture’ in these benighted times).  After Erith’s death, Terry continued the practice, producing many fine works of architecture despite almost constant, sneering sniping from the vested interests of Uglification and Modernism.

A guide-book for walkers describes Terry’s extraordinary development at Richmond Riverside, Richmond upon Thames, thus: ‘at Richmond Bridge keep ahead along Richmond Riverside, and one of the most impressive stretches beside the Thames. Its terraced gardens and adjacent buildings, dating from the seventeenth and eighteenth centuries, were beautifully restored in the 1980s’. Well, this is not true: the development, consisting of a series of separate Classical buildings composed picturesquely, was designed by Terry and built from scratch in the mid-1980s after a monstrous Modernist scheme involving the usual crude concrete slabs had been refused planning permission. Erith often observed that the highest praise of an architect’s work was when people said of a building that ‘it looks as if it has always been there’: Erith’s Great House, Dedham (1937-8), has that quality, reflected in the fact that it has been Listed. The famous Hampstead pub, Jack Straw’s Castle, was destroyed in the 1939-45 War, and rebuilt 1960-4 to Erith’s designs in the Georgian Gothick style, complete with crenellations and pretty intersecting glazing-bars, but nobody could imagine this was erected in the 18th century: its scale is large, betraying its 20th-century origins. It is Listed as well.

Travellers using public transport are bombarded with messages exhorting them to speak to a member of staff or the British Transport Police if they spot anything that does not look right: ‘see it, say it, sorted’, goes the mantra. What Architectural Modernism has done to our towns and cities has been an æsthetic disaster, but the public has been browbeaten into remaining silent on such matters, as the architectural establishment and its tame apologists sneer at and ridicule any dissent, with the result that the public only sees what it is told to see: in other words, it looks with its ears. Those whose sensibilities have not been reduced to pulp, or whose critical faculties have not been crushed into accepting lies, can see for themselves what has happened and is still happening with even greater ferocity and scale of destruction. Environmental deterioration is officially encouraged; architects and developers attempt to shift the costs of putting their failures to rights on to the unfortunate tenants occupying their dreadful buildings (which cannot be described as architecture at all); and wreckers are rewarded with prizes by their cronies.

Let us face it: most so-called architecture since 1945 is fraudulent, arguably not architecture, empty of intellectual content, ugly, illiterate, unsustainable, harmful to the human psyche, damaging to the environment, and in fact a huge confidence-trick, based on slogans and inhumane, totalitarian theories that have manifestly failed in every possible way. Classical architecture, with its roots in Græco-Roman Antiquity, possessed a rich language, capable of infinite continuing evolution, and therefore as relevant today as it ever was, but perhaps even more so after the wreckage Modernism had imposed on a global scale.

Terry has aimed this beautiful new book at laymen, because it was laymen, who know only a little about architecture, who have had the courage and independence of mind to commission him to design buildings for them to inhabit: without those commissions and the support of laymen he admits he ‘would never have built anything’, certainly if the architectural establishment had had anything to do with it. One of the purposes of this book is to enable laymen to become more familiar with the various parts and proportions of  Classical architecture (especially the Orders, of which, as I have explained elsewhere, there are not three, or five, but actually eight [Tuscan, Greek Doric, Roman Doric, Greek Ionic, Roman Ionic, Greek Corinthian, Roman Corinthian, and Composite], with many more variations on those eight, evolved even in Antiquity, but hugely expanded during the times when Mannerist, Baroque, Rococo, Neo-Classical, and other stylistic developments from Classicism were dominant), and to know the meanings of the labels describing each part so that observers will more fully understand what they are looking at, and that their pleasure will be enhanced by a new awareness of what goes on and how the various components relate to each other and to the whole. An analogy with Classical music is useful here, for if the listener has some feeling for the construction of a Classical four-movement symphony by, say, Mozart or Haydn, the work can be truly enjoyed with ears that are informed about keys, introductions, themes, developments, recapitulations, slow movements, minuets and trios, and finales.

Illustrations include numbers of Terry’s own carefully observed annotated sketches (often accompanied by details) and measured drawings, as well as finished architectural renderings of some of his realised projects. I was also pleased to see several fine linocuts of corner-details of selected Orders by my former student, Eric Cartwright, who now works with Terry in the congenial surroundings of the office in Dedham. One of the strengths of this very commendable publication is the labelling of parts: this has been achieved by the superimposition of red arrows on the drawings, but the editing has been faulty in some instances here, for centre-lines added in some drawings (e.g. those on pages 31 & 58) are not on centres at all, and the pages should have been re-set before inclusion. Perhaps the labelling could have been done in a more considered way, because some of the red arrows, shooting over the drawings at various angles, are distracting, and not always very clear.

Why have brave architects like Terry been subjected to so much vitriol by ‘architectural’ critics and commentators? To start with, such rare beings are not conformist members of what is actually a quasi-religious puritanical cult that does not tolerate any dissent, but it is clear that a competent practitioner has to be a scholar, knowledgeable about Classicism, well-versed in its vast legacy, and all that requires time, study, and hard work, all rather unfashionable in certain circles today. Despite attempts to give Modernism theories and an intellectual base, it is in fact bankrupt, empty, alien, and inhumane: it does not require diligent study at all, but is very easy to do, especially with the aid of electronic machines geared to churn out more of the same.

The last page of illustrations in the book shows two views of London (above), looking down the Thames towards St Paul’s Cathedral: one is a painting of c.1740, and the other is recent. If that is the best Modernist ‘architects’ can do after many years of ‘training’ and ‘education’ in ‘schools of architecture’ something has gone very seriously wrong: it demonstrates beyond doubt that ‘architectural education’ and the entire mechanisms of architectural criticism are wholly dysfunctional and beyond repair. Architects used to create Order out of Chaos: nowadays they create Chaos where once there was Order; and instead of Harmony and Beauty we now have Discord and Ugliness.

There is more real architecture, sensitivity, and æsthetic grasp in each page of this rather wonderful book that in all the dystopian barbarities visible in the modern photograph.

Professor James Stevens Curl is the author of Making Dystopia (OUP, 2018, 2019), which has received informed praise and vulgar abuse in almost equal dollops.