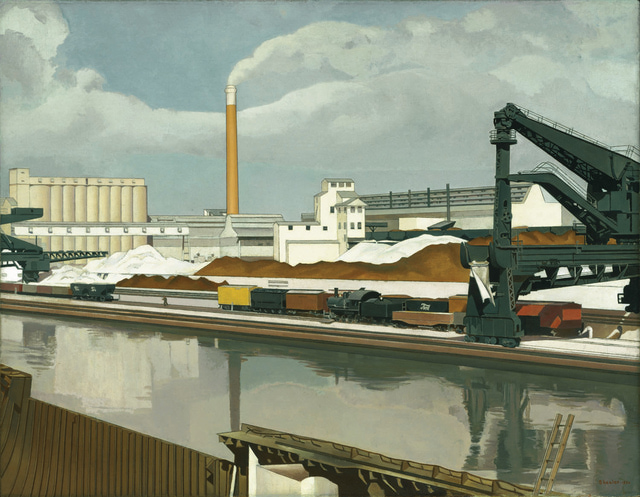 When Donald Trump last month put climate change on the backburner during the Paris Accord, many non-Green small business owners breathed a sigh of relief. (Remember, the Accord is not mandatory and final. It’s a pledge; and many pledges in the history of politics are broken if not ‘pragmatically’ altered.)

Not being an optimist on politics, I can’t make up my mind on whether Trump will make a great president (has there ever been one?). However, in his speech last month, Trump claimed jobs were a major issue for the American people. Regarding the Accord, he spoke about his concerns for employment of ordinary working Americans and medium-sized businesses, saying it is a foreign attempt to seize American jobs and American wealth. The backbone to such business and jobs is the middle class, which is shrinking in most US metropolitan areas. Trump said the agreement “disadvantages the United States to the exclusive benefit of other countries, leaving American workers—whom I love—and taxpayers to absorb the cost in terms of lost jobs, lower wages, shuttered factories, and vastly diminished economic production.” According to the National Economic Research Associates, compliance with the terms of the Paris Accord could cost America some 2.7 million lost jobs by 2025, including 440,000 fewer manufacturing jobs; by 2040, $3 trillion in lost GDP. And many of the biggest losers will no doubt be the humble entrepreneur and small to medium-sized businesses.

According to John Rampton from Debt.com, Trump has rallied around small business and tech startups as part of his push to “make America great again” by providing more support to all the small businesses that have been behind the economic resurgence since the last recession. “Some of his tax breaks are the first sign of a potential good sign for entrepreneurs’ bottom line along with promises of more grants and financial programs to stimulate new business development. He has noted his support of the gig [sic] economy and the increase in homegrown freelancers,” Rampton added.

But here’s the question: Do globalist Green policies and other Leftist political ideologies stifle such business with high rates and environmentally unfriendly red tape foisted upon the struggling taxpayer and entrepreneur? And do such policies instead favour big business, leaving the global giants alone when pursuing higher taxes?

Had Labour Party’s Jeremy Corbyn been elected prime minister, he said he would ask Trump to not withdraw from the Paris Accord. As for taxes: Corbyn said, if he were to become prime minister, he would increase the UK tax rate to 45p for earnings of about £80,000 (over $100,000) and then to 50p in each pound for those on an income of more than £123,000 (would this be the highest tax hike on the British public since the mid-1940s?).

A couple of years ago, a committee of British MPs said that tax authorities in the UK routinely hold back on using sanctions against multinational companies but pursue small businesses and individuals. And it is these small retailers on the High Streets of both the EU and USA who claim they are under constant strain, whether it be by political ideology or for environmental reasons.

The US political writer and documentary maker, Dinesh D’Souza, said that “Obama and the Left love the Paris agreement so much because it is a massive redistribution of our wealth to other countries.” In an interview with Forbes magazine over a decade ago, D’Souza also said that in the West and in other cultures, the merchant was regarded as a low, even contemptible figure. “Is this moral critique of the entrepreneur justified? Should entrepreneurs hang their heads in shame, or at least suffer a split in their psyche between the desire to do well and the desire to do good?”

He also referred to President Obama’s campaign speech when he said: “If you’ve got a business, you didn’t build that,” referring to the government-funded tools that entrepreneurs have at their disposal. In France, when it was under Francois Hollande Socialist government, the situation wasn’t much better, as some business leaders in recent years were in a state of “quasi-panic,” according to Laurence Parisot, head of employers’ group MEDEF. At the end of 2012, Parisot said the pace of bankruptcies had accelerated over the summer and that the country was seeing a general loss of confidence by investors, as large foreign investors were “shunning France altogether.”

Now with Macron in charge, time will tell if France stifles small businesses and the struggling taxpayer and entrepreneur in light of the current climate. Macron has already called the US exit from the Paris Accord as a mistake, both for America “and for our planet.” And he called on scientists (probably those who agree with him), entrepreneurs and “responsible citizens who were disappointed by the decisions” in America to come to France to work together on “concrete solutions for our climate, our environment.”

But what has the Left got to do with the huge increase in rates and red-tape against entrepreneurs? It is unclear whether the decision makers in the West like or dislike the Capitalistic endeavours of small businesses but does the Left—particularly in the metropolis and suburban areas—have a history of being hostile to the hard-working entrepreneur?

In the USA, as in the EU, there is the Leftist governmental polices, whose environmental regulations stifle many businesses and are not always about environmental protection.

According to environmental expert Rich Trzupek, in his book, Regulations Gone Wild, today more than ever, regulations seem to have been designed by activists rather than scientists. Does this indicate that the Leftist Green movement and big government have united to stifle American productivity and hamstring American innovation, not by design, but as the inevitable consequence of pursuing a utopian vision of environmental purity, leading to a plethora of regulations that have warped incentives and thwarted American industry’s ability to create long-term wealth?

The American financial writer Michael Schaus said, as America struggles to produce some sort of job market recovery, “Leftists are choosing to picket the few employers that are unafraid to offer full-time work—albeit at entry-level wages. It seems to merely be more proof that the Left hate job creation.”

The cleric Rev Marcel Guarnizo said the two great lies of Socialists and Communists are that they are champions of the poor. He said, to alleviate poverty, entrepreneurs and the free-market system is needed. “These offer the possibility of a greater and more lasting solution to the problem of poverty. Creating jobs and industry is a great good, and to diminish the possibilities for entrepreneurs and the private sector and claim the facade of virtue in doing so, is purely folly.” Entrepreneurs and the business class “do more in the United States and for vital issues to society, then anywhere else in the world,” he added.

Finally, will the opponents of Trump quit demonising him every day and let him get on with running the country, thus judging him on either the success or failure of his jobs-creating promises? The writer and radio talk-show host, Dennis Prager, said in a recent Townhall article, “From the moment Donald Trump was elected president, America has been drowning in Left-wing hysteria, all fomented by the media and the Democratic Party.”

Prager goes on to say it is not possible to understand the Left—and therefore, the media and the current state of American life, “without understanding how the Left uses and relies on hysteria. Hysteria is to the Left as oxygen is to biological life.”

It’s early days yet under Trump’s presidency. And with conflict in the Middle East, terrorism threats and the uphill struggle of job creation and sound economy, hysteria is the last thing the American people need.

Kenneth Francis has for the past 20 years worked as an editor in various publications, as well as a university lecturer in journalism. He also holds an MA in Theology and is the author of ‘The Little Book of God, Mind, Cosmos and Truth’ (St Pauls Publishing).

If you enjoyed this article by Kenneth Francis and would like to read more, please click here.