The Legacy of Albin Polasek 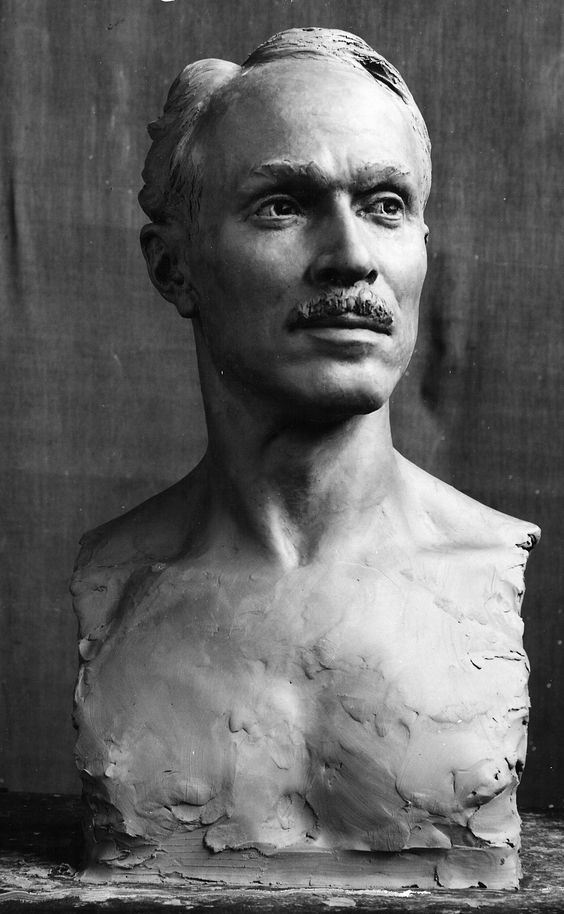 Winter Park, Florida is a town known to many art lovers. One of the nation’s largest outdoor art festivals is held every year in March, the beautiful Rollins College campus is near the streets of the charming and gracious downtown area, and the Morse Museum of American Art is known for its collection of exquisite stained-glass windows designed by Louis Comfort Tiffany. But also hidden in this picturesque town is a treasure of a museum called The Albin Polasek Museum and Sculpture Gardens. It should not be missed.

Every remarkable life begins with someone’s dreams and passions, and the story of Albin Polasek is no exception. Polasek would become one of America’s foremost sculptors of the twentieth century and he would create more than 400 works of art in his lifetime. But his early years speak of a simple lifestyle.

Polasek was born in Frenstat, Moravia (now Czech Republic) in 1879 and became interested in wood carving from an early age. A nativity scene he carved as a teenager is on display at the museum and charmingly consists of figures modeled on people he knew and admired in the community where he grew up. A small but wiry and strong young man, he loved the art of bringing objects to life through carving and so became apprenticed to a wood carver in Vienna.

In 1901, at the age of 22, Polasek immigrated to the United States, drawn by his love for freedom of expression. He received formal art training at the Pennsylvania Academy of the Fine Arts in Philadelphia. Sculptor Charles Grafly was an important influence, and Polasek learned classical techniques of sculpting while refining his own individual and unique style. His first well known sculptures were Man Carving His Own Destiny (1907) and Eternal Moment (1909).

In 1909 Polasek, became an American citizen. Of his love and appreciation for this country, he would later write,

In the heart of Czechoslovakia, a piece of rock broke off from the Carpathian Mountains. Later this crude stone was transported to the Land of the Free, the United States of America.

This block of stone was myself. Through the opportunities that this country gave me, I started to carve out my destiny, to free myself from the rock so I might be useful … No one knows the deep gratitude I feel for all I have received. So, if as an immigrant, I have been able to contribute some small part to American life, I know that I owe it to the opportunities this country opened to me.[*]

Polasek won the Prix de Rome in 1910, which granted him a three year fellowship at the American Academy of Art in Rome. His sculpture “Sower” received an award at the Spring 1913 Paris Salon. At the age of 37 he was invited to head the sculpture department at the Art Institute of Chicago, and he stayed in that position for almost 30 years. Having been elected an associate member of the National Academy of Design in 1927 and a full member in 1933, he was able to “place the coveted N.A. after his signature.”

Polasek believed that art should follow the true form of nature. He strove to show the “beauty of movement, the flow of one form into another.” He felt that this flow of movement made a difference between a work of art that would radiate life and one that would remain static and inanimate. His desire was to capture the spirit of his subject. He wrote, “It is primarily the emotions called forth by a place of beauty which the artist must seek to convey to others.”

Over the years, Polasek’s work became recognized and appreciated by both the public and critics alike. He won many awards and many of his sculptures can be found throughout Europe and America. His sculpture Mother Crying Over the World (1942) became widely known for sensitively depicting the grief and devastation of the second World War. Many other works were celebrated and admired, among them The Spirit of Music (1923) in Grant Park in Chicago and The Woodrow Wilson Monument (1928) in Prague, Czech Republic.

The deeply moving Victorious Christ (1939) was created for St. Cecelia’s Cathedral in Omaha, Nebraska. Polasek had decided that this crucifix for their main altar would be his supreme achievement. A deeply religious man, he devoted a large portion of the year 1939 to making study after study in clay. He cast one of these studies in plaster, and then discarded it as being without spirit. And then one morning, he felt he knew the spiritual message he wanted to portray. He began a new model and finished it in a day. He felt the figure almost seemed to create itself. He wanted to capture the moment which showed the dying Christ saying “Father, forgive them, for they know not what they do!” The face of the figure is raised to heaven and the whole sculpture has an inward light of spiritual victory over suffering and death.

A cast of this remarkable sculpture is on display in the Sculpture Gardens. At the age of 70, Albin Polasek retired to Winter Park, Florida and designed his own home on beautiful Lake Osceola. He married Ruth Sherwood, who had been a former student of his at the Art Institute of Chicago, and with whom he had kept in touch over the years. Ruth was a talented sculptor and writer. She had been Polasek’s biographer, had learned Czech and traveled to Polasek’s hometown of Frenstat to meet his family and hear stories about his life. Her marriage to Polasek was a first marriage for both of them. Sadly, less than two years after their marriage, Ruth died at the age of 63.

Polasek suffered a stroke in 1950, which left him paralyzed on his left side. Even though he was confined to a wheel chair, he was still able to create works of art with his right hand, and with the help of an assistant, he was able to carve stone. In spite of his disability, he was still able to complete 18 major works.

In 1961, Polasek married Emily Muska Kubat, who had been a friend for several years. Together they set up the Albin Polasek Foundation in order to share with the public his sculptures and artwork and to maintain his home and gardens as a public museum.

Since it was difficult for the Polaseks to attend church because of his impaired mobility, they had a beautiful chapel built on the property. Polasek’s drawings for Stations of the Cross were placed throughout the walls of the chapel.

Albin Polasek died in 1965 and was buried in Winter Park’s Palm Cemetery. In the year 2000, he was named a “Great Floridian,” an honor that recognizes people who have made important contributions to the culture and history of Florida. He was also inducted into the Florida Artists Hall of Fame in 2004. The Albin Polasek Museum and Sculpture Gardens was added to the National Trust’s Historic Homes and Studios in 2008.

It is a profoundly beautiful experience to tour the Albin Polasek Museum and Sculpture Gardens. Polasek’s love for life and his desire to express deep spiritual truths are evident in all his work. We can only be grateful that his work has been preserved so well and so faithfully.

As he himself wrote, “I have made sculptures for the future. If now and then some wanderer comes along who understands their meaning, I shall rest content.”

[*] All quotes, information and photos have been obtained through Albin Polasek Museum and Sculpture Gardens.

Phyllis Woods is a former high school English teacher. She is the author of the illustrated fairy tale The Kingdom of Fairwind.