The Monstrous Evil that is Sudan’s Bashir:

By Jerry Gordon, Abakar M. Abdallah, and Deborah Martin (May 2019) 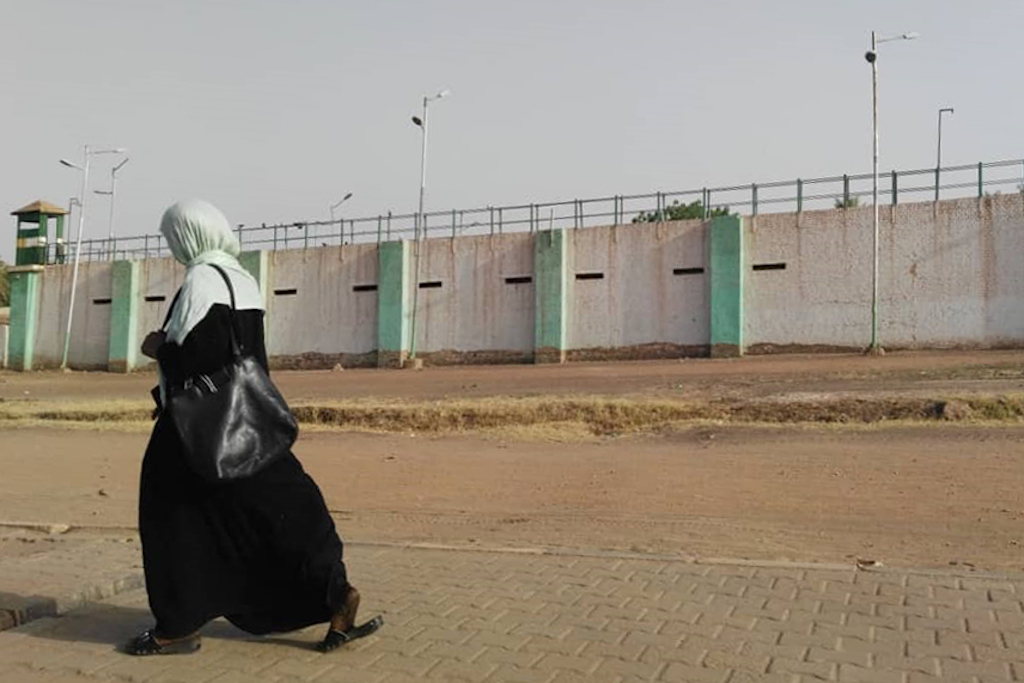 In our book, Genocide in Sudan: Caliphate Threatens Africa and the World, we documented the secret Arab Coalition Plan seized by members of the Sudan United Movement led by our colleague former Chadian Lt. General Abdallah, native Darfurian and Chairman of the Sudan United Movement. It was found in the cab of a weaponized Toyota pickup truck abandoned by the Rapid Support Force/Janjaweed Militia in Donkey Hush in Darfur. The Plan presented in detail the ethnic cleansing of indigenous African people in Darfur, Kordofan and the Blue Nile region to be resettled by Arab tribes and Islamist terrorist groups from the Sahel region of Africa and the Middle East. The Bashir Plan objective was to complete this genocide by 2020. However, this objective has been thwarted by the daily street protests that began on December 18, 2018 triggered by high bread process, deepening unemployment and currency restrictions organized and led in part by the Sudanese Professionals Alliance.

These protests gathered momentum and came to an abrupt head In April 2019 with massed demonstrations before the Sudan Army headquarters and failure by the ruling Bashir military clique, rebranded as the Transitional Military Council (TMC), to launch reprisals against the protesters. That was blocked by Sudan Armed Forces junior officers and other ranks refusing to follow the Council’s orders. On April 11, 2019, Bashir was ousted in a coup by the TMC and initially placed under house arrest.  On April 17th he was incarcerated by the TMC at Kobar Prison in solitary confinement. Three days later, it was revealed that Bashir had secreted more than $130 million in his home to facilitate a possible escape.

But what caused the ouster of Bashir by the members of the TMC, two of whom have been subsequently ousted?  The answer was found in a video that has surfaced translated by colleague, General Abakar.  It revealed the monstrous evil of Bashir and his clique of ICC-indicted accomplices in the Darfur genocide.

Read More in New English Review:
• Why Was Netanyahu Elected to an Unprecedented Fifth Term?
• Children and the Great Blur
• Dysfunction Junction

According to the video clip recorded and released on social media by the Vice President of TMC and Former RSF/Janjaweed Commander, General Mohamed Hamdan Dogolo (Hemeti), he said that former President Bashir told them in a meeting that in the Maliki school of Islamic law (Sharia) that allegedly there is a fatwa that authorizes the ruler to kill one third of the people to allow him to rule the remaining two thirds of the population. According to Hemeti in the video, Bashir said that for some radical extremist fatwas; one can kill half of population and rule the other half.

It was alleged that General Awad Mohamed Ahmed Ibn Auf, subsequently ousted from the TMC, proposed in one of their meetings to kill one hundred thousand protesters in order to disperse them. Based on these discussions Bashir ordered the NISS Director Salah Gosh to execute the plan, but he refused. Then Bashir ordered Hemeti, but he also refused to order his troops to kill protesters. Finally, Bashir had no other option but to hand over power to Auf. However, he remained working behind the curtain of the TMC, until he was arrested on April 11th, and Auf was ousted the following day.

Earlier, Russian M-Invest, part of “Putin’s Chef’s” Prigozhin’s empire had deployed “green men’ security contractors to protect Bashir. He had made suggestions regarding how to deal with the protesters. CNN investigations revealed their recommendations and Bashir’s failure to act them. AAWSAT.com reported:

Sources in Khartoum have told CNN that Bashir’s government did try to begin implementing some of M-Invest’s plans.

For example, it began detaining students from the Darfur region and accused them of trying to foment civil war—one of the ploys recommended by M-Invest. The sources say Russian advisers from a private company were placed in several ministries and the National Intelligence Service.

But it was too little, too late.

In a letter to Bashir, drafted on March 17, Prigozhin complained that the Sudanese government’s “inaction” had “provoked the intensification of the crisis.” And he added, with unknowing prescience: “The lack of active steps by the new government to overcome the crisis is likely to lead to even more serious political consequences.”

Another letter from Prigozhin, dated April 6, praised the longtime Sudanese ruler as a “wise and far-sighted leader” but urged immediate economic reforms to solve the crisis.

Salah Gosh, Bashir’s Spymaster, who resigned on April 13th because his fake news strategy opposing the protests failed. He had suggested that Darfuri students were behind it. The ironic cry from massed protesters surrounding Army headquarters was, “we are all Darfuri”. Salah didn’t escape the scythe of retribution as reported in this BBC disclosure on NISS detention and torture of Darfuri students—the targets of Prigozhin’s M-invest memo to Bashir on how to deal with the protesters. They had been falsely accused by Gosh of being Israeli -trained saboteurs.

Note this excerpt from the BBC report:

Nearly a week before the press conference, John was staying at a house rented by a group of Darfuri students at Sennar University that had been closed due to the protests.

John described what happened to him on the morning of 23 December. “There were 30 of us having our breakfast when three Toyota pickup trucks without number plates showed up. They arrested us and…took us to the NISS premises in Sennar state.”

They were tortured, and later sent to an intelligence office near Khartoum’s Shendi bus station.

Kept apart, but arrested under remarkably similar circumstances, was another group of Darfuri students from Khartoum and Alzaiem Alazhari universities. The students were held captive in cramped conditions and subjected to torture, according to multiple sources who spoke to the BBC. A detainee who was imprisoned alongside them recounted the torture methods in detail, and said that a PVC hose, made rigid with a stick, was used to make the beatings more painful.

One of the students from the University of Khartoum described to the BBC how their interrogators accused them of making petrol bombs, or Molotov cocktails. In fact, he claimed: “It was the first time I had ever seen a Molotov.”

Salah Gosh was forced out of his post as Head of the Security Services on 13 April, after pressure from the protesters.

John said, “they observed which of us was most afraid of torture”, and that the security services took a group of the younger students away. Afterwards, they told John that they had been electrically-tortured and water-boarded, then instructed to give a statement to a camera.

Such were the malevolent plans of the NCP Muslim Brotherhood clique that deposed one another unable to contend with now tens of millions of Sudanese protesting seeking to ouster the TMC and replace it with an interim civilian government.

Jerry Gordon is a Senior Vice President of the New English Review and author of The West Speaks, NER Press 2012. Mr. Gordon is a former US Army intelligence officer who served during the Viet Nam era. He was the co-host and co-producer of weekly The Lisa Benson Show for National Security that aired out of KKNT960 in Phoenix Arizona from 2013 to 2016. He is co-host and co-producer of the Middle East Round Table periodic series on 1330amWEBY, Northwest Florida Talk Radio, Pensacola, Florida. He is producer and co-host for the weekly Israel News Talk Radio – Beyond the Matrix program that airs on-line from Jerusalem.

Lt. Gen. Abdallah is Chairman of the Sudan United Movement. He is a native of North Darfur who joined the Sudan People’s Liberation Army (SPLA) in 1984 and became active in the Nuba Hills and Darfurians resistance movements. In 1989 he joined the Patriotic Salvation Movement in neighboring Chad based in Darfur. He served as an officer in the Chadian army for 23 years. He held senior intelligence and counterterrorism posts including as Coordinator of the Multi-National Joint Task Force of Nigeria, Chad and Niger. He was Coordinator of Pan-Sahel Initiative (PSI) Anti-Terrorism Unit of Chad and Commander of PSI Anti-Terrorism Battalion of Chad 2004. He is a graduate of the Intelligence Officers’ Advanced and Combating Terrorism Courses, US Army Intelligence Center and Schools, Fort Huachuca, Arizona. He was a Counter Terrorism Fellow and a Graduate of the College of International Security Affairs, National Defense University, Washington, DC, 2005. He was an International Fellow and Graduate of the US Army War College, Class of 2008. He was Graduate of Nigeria Armed Forces Command and Staff College Course 22, of the year 2000. He is the co-author of Genocide in Sudan: Caliphate Threatens Africa and the World with Jerome B. Gordon and Deborah Martin, JAD Publishing, LLC, 2017.

PrevWhy was Netanyahu Elected to an Unprecedented Fifth Term in Israel?
RevengeNext