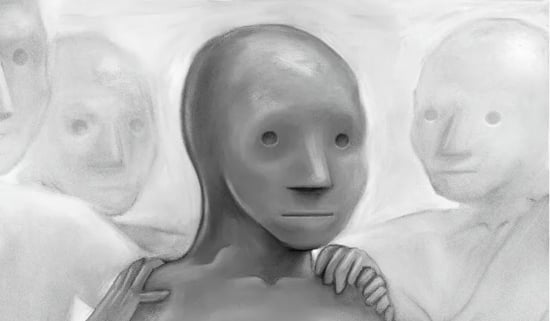 Many conservatives and libertarians look down upon what they consider to be cultural trivia as insignificant, being thereby clueless to the fact that they effectively lost the culture war decades before because of just such an attitude which leftists have efficiently exploited (I’m not the only one who has pointed this out). They prefer to wax poetically about free trade, von Mises, Hayek and the like, blithely (if not stupidly) unaware that the majority of people have neither heard of such lofty topics nor care about them—which, in turn, makes conservatives and libertarians feel that much loftier. And so, even though they recognize the alarming facts that the three major networks constantly crank out leftist propaganda, as does Hollywood, as do comic books, and that schools lobotomize their students, conservatives scratch their heads, befuddled, as to why so many young people favor socialism, feminism, or even communism when Hayek, von Mises and Buckley so clearly demonstrated their shortcomings.

For example, GamerGate did not just hold off leftists, it was a crushing defeat for them, but many, if not most, conservatives and libertarians are ignorant of what transpired (if interested, read SJWS Always Lie by Vox Day). Likewise with the Meme Wars, which leftists have likewise effectively lost because they are so filled with rigid, quasi-religious hatred that they cannot embrace humor.

A few months ago, a meme surfaced that still has leftist fanatics crawling up the walls. It is the NPC meme. In order for readers who are not gamers fully appreciate the impact of this meme, we have to momentarily sidestep and explain that “NPC” refers to a “nonplayer character” in video games. NPCs have no souls, no personality, and their verbal interaction with players is limited, consisting of only a handful of set formulas that they verbally repeat over and over, regardless of whether they are appropriate or not.

An instance of this can be seen in the film Jumanji 2. In the film, the live characters become part of a video game (similar to another film, Tron). They meet another “person” (the game’s NPC). When the live characters start asking questions, the NPC repeats the same greeting, again and again. The NPC has no originality and cannot think for himself. An NPC is an automaton.

Leftists, whether feminists, CNN journalists, or Antifa, are now being called NPCs.

And they hate it.

It’s easy to see why. It is so apt. They have about a couple of dozen responses, consisting primarily of insults, that they automatically utter when faced with persons or arguments that they don’t like: “offensive,” “alt-right,” “patriarchy,” “racism,” “white supremacy,” “believe all women,” “social conscience,” “neo-Nazi,” “unacceptable,” “fascist,” “white male,” “toxic masculinity,” “Brexit is racist,” “far right,” “rape culture,” “resist,” “discrimination,” “inflammatory,” “genocide,” “he’s Hitler,” “equity,” “marginalized groups,” “it’s reprehensible,” “white privilege,” “moral responsibility,” yada, yada, yada. On numerous occasions, all-white Antifa fanatics have confronted a gathering supporting free speech, or Trump, or anti-Sharia and showered the non-leftists with vituperation as being “racist” and “white supremacists” even though blacks, Asians and Hispanics were clearly visible—because that was the only way that they could respond. Otherwise, they would have had to stop and examine their basic assumptions—and no fanatic does that.

But if you have not personally witnessed the NPCs’ actions first hand, look at some instances on YouTube, which has a wide sampling. Usually, two diametrically opposed responses occur. In one, as soon as one asks an NPC a question that would essentially force him to evaluate his assumptions, either the NPC (leftist) repeats the same slogan/insult again and again, or his mouth takes off like a rocket and the questioner is buried in an avalanche of verbosity full of leftist dogma and slogans, irrelevant to his original question. A person can be frustrated at an NPC’s response but, if one is aware that it is an NPC, it is actually funny. And fascinating.

The other response is what can be seen in YouTube during leftist demonstrations (or in person, of course). Some non-leftists will try to interact with them and ask a question, with the aim of engaging in debate. Many of the leftists are terrified (this is not an exaggeration) of questions and will either turn away or walk away. It is just possible that some realize, subconsciously, just how shallow are their fanatical beliefs, just words that they mindlessly utter.

Here is possibly the acme of NPC: the gay magazine Out came out with an article that argued that President Trump’s effort at decriminalizing homosexuality in other countries is . . . racist.

Predictably, leftists are infuriated with the NPC meme. They have called it—you guessed it—racist and fascist. Which proves the point of the NPC meme. Some of them have even complained that calling a fanatic an “NPC” is “dehumanizing”—conveniently forgetting all the times that they called people homophobic, racist, Nazi, racist, yada, yada. It has become such an object of fear and hate for the left that Silicon Valley is considering ways of banning the meme as they have banned so many other things. Twitter has already done so—by the hundreds. Even the New York Times is worried. Panic!

So there you have it. The NPC meme is dead on.

PrevGratitude and Grumbling
Slavery is Wrong, How Can Abortion be Right?Next