The Personal Computer of the 21st Century 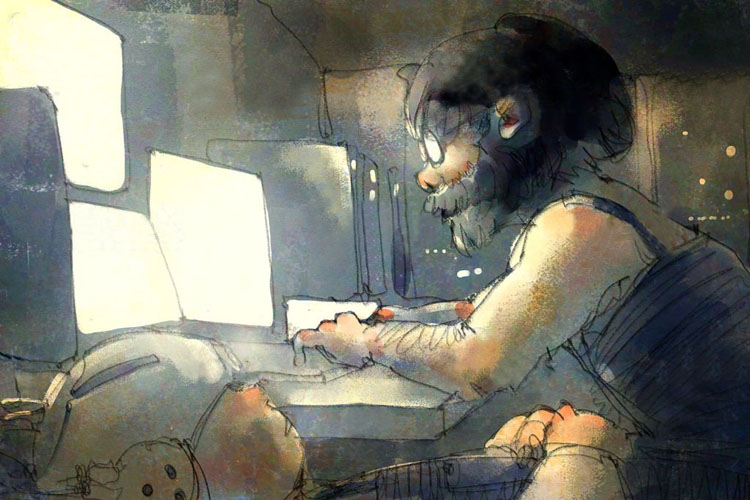 Until the late 1970s, computers were large and expensive contraptions and, as such, they were the preserve of governments, universities and corporations. Computers were often referred to as “mainframes”, a term derived from the fact that they were housed in large metal cabinets. A single mainframe would typically be used by many people via dumb-terminals from within the same building.

By the 1980s, however, the PC had arrived on the scene. The significance of the word is lost now, but it was revolutionary at the time because “PC” once stood for “personal computer”. This meant that it wasn’t shared with others, but was yours and yours alone.

Unlike the 80s, the computing devices we use today are not really ours any more—even though we are the ones who pay for them. For example, the continuous software updates common in modern devices facilitate a backdoor allowing any change to be made or restriction imposed, at any time, without our knowledge, consent or control. In reality, our smartphones and laptops are tools used to monitor what should be our private communications and interactions. Android phones, as a case in point, typically upload between 4.4 and 13.6 MB of tracking data to Google servers per day.

Where people once used terminals to access a central mainframe, modern computing devices are now the terminals used to access people.

How on earth did things come to this?

If there is one thing that computers do well, it is automation. Although it was once widely held that the Internet would engender freedom, with the benefit of hindsight, it should be no surprise that the large-scale automation it actually facilitates lends itself to economies of vast scale rather than those of small or medium sized enterprises. As a result, the traditional model of capitalism, in which companies compete for paying customers in an honest market, is breaking down. In its place has arisen surveillance capitalism—a phony capitalism in which the product may ostensibly be free, but behavioural data is harvested from its users in order to exploit them in other domains. Such data may not only be used for the targeting of ads, but also in highly manipulative ways through the use of subliminal cues, rewards, and punishments in order to nudge people into profitable behaviours.

In order to succeed, this must happen below the level of everyday awareness.

Indeed, it has succeeded and has done so beyond the dreams of avarice. We can see now the inspiration behind so called “Smart Cities” and the UK government’s “Nudge Unit.”

While a cost-benefit analysis may be out of scope here, it is far from clear that the Internet has universally improved the quality of human existence. Rather, it threatens us now with a new kind of tyranny—one which aims to subject every aspect of human existence to automated surveillance. We need only look to the Chinese Social Credit System to see what such a future would look like.

It may be a tad depressing to realise that the primary motivation behind the worldwide rollout of 5G is not to simply provide everyone with cheap Internet on the go, but to facilitate the so called “Internet of Things” in which even the most trivial of devices will be online and under centralised control.

History, however, is full of upheavals in which all that once seemed so certain is uprooted in short order. The sudden and very unexpected collapse of the Soviet Union is a case in point.

I’m not about to suggest that the Internet will suddenly cease to exist and that we will somehow be transported back to the 1980s. What I am suggesting is that the business model of surveillance capitalism—which has succeeded thus far by quietly looting everyone—is unsustainable long-term.

In her seminal work, The Age of Surveillance Capitalism, Professor Shoshana Zuboff writes that Google—the first company to exploit human behavioural data—understood that users would never accept the unilateral claiming of their raw human experience in exchange for being able to use free online apps. Therefore, it was necessary for Google’s services to act as a one-way mirror in order to keep people from realising the true nature of what was being taken from them.

It is the compulsion of every technology company, however, to automate the very thing at the heart of their value generation activity, and it is this which will ultimately kill the goose which lays their golden egg.

It is no longer enough to automate information flows about us; the goal now is to automate us. —Shoshana Zuboff

In the end, people will own nothing and there will be nothing left for surveillance capitalism to plunder.

As we now belatedly wake up to surveillance capitalism and begin to see it for it is, we must reject it and reclaim our sovereignty. Moreover, we must reject the “everything free” model as being too good to be true, and expect to conduct honest transactions in exchange for things of real value, without surveillance and manipulation.

Computers and smartphones won’t be going away, but we can re-imagine the “personal computer” for the 21st century as a privacy centric device under the control of individual human beings, rather than a big tech singularity.

De-googled phones, for example, running alternatives to Android and iOS are now available and demand for them is starting grow. For laptops and desktops, Linux represents a perfectly viable operating system for everyone—even for the most non-technical of users.

The real game changer, however, may be the widespread adoption of open source software such as NextCloud and Mastadon. These are “back-end” applications which allow individuals, groups and small businesses to host their own private clouds and social media networks.

In the future, we shall have no need of surveillance–based services.

Andy Thomas is a programmer, software author and writer in the north of England. He is interested in the philosophical implications of science, the nature of nature, and the things in life which hold ‘value’. You can find him on Substack: https://kuiperzone.substack.com