The Religious Roots of Burkean Conservatism 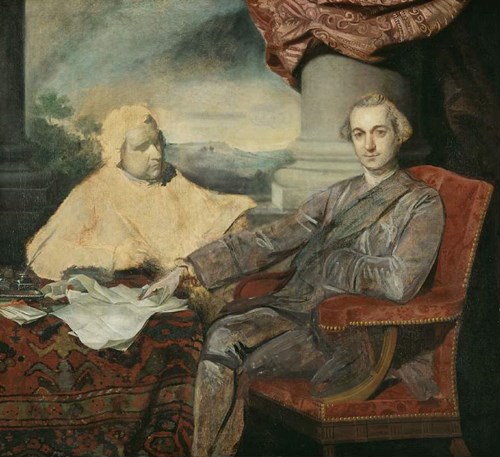 Eighteenth-century Anglo-Irish statesman Edmund Burke is generally thought of as founding the modern conservative tradition in political philosophy when he published his Reflections on the Revolution in France in 1790. Because of this, many self-styled conservatives in our own time like to invoke Burke to give their arguments an air of intellectual ballast. However, what many of these modern, and often secular, conservatives neglect to mention, is just how much Burke’s thinking was rooted in an undeniably religious understanding of the world. Indeed, Burke based his gradualism and opposition to radicalism and revolution primarily upon his conception of Christianity and Christian Natural Law; and his fine defences of tradition, custom, and measured reform all have their origins in Burke’s religious convictions. By mapping out, step-by-step, how Burke’s religious beliefs led to, and were the principal cause of, his conservatism, I will demonstrate that Burke cannot be read separately from his Christianity.

There can be no doubt that Burke was a pious and God-fearing man. He undoubtedly presumed that there was truth to Christian religious teaching, and argued that God was “the Author of our place in the order of existence.”[1] For Burke, an avowed and orthodox Christian living through the early stages of the industrial revolution, religion was “the basis of civil society, and the source of all good and of all comfort.”[2] He even believed that his nation’s “laws and institutions stand as upon [Christianity as] their base.”[3]

Importantly, Burke’s strong religious faith also led him to defend a conception of Christian Natural Law, which is how the man’s personal religious conviction led to his political positions. To Burke, “we are all born in subjection . . . to one great immutable, pre-existent law . . . antecedent to our very existence . . . with which no human authority can dispense”.[4] In the French revolutionaries, Burke saw contempt for this ‘immutable, pre-existent’ natural law;[5] and he was “angered by their defiance of the process of Nature.”[6] This understanding of Christian Natural Law, as an inherent, unchallengeable, and divinely created ordering of society, appears in various forms throughout Burke’s Reflections

Running parallel to Burke’s belief in Christian Natural Law was another different and far better remembered, although not totally unconnected, first principle: his prioritisation of prudence. To Burke, prudence was “not only the first in rank of the virtues, political and moral, but . . . the director, the regulator, [and] the standard of them all.”[7] In his view, prudent leadership was imperative to the successful governance of a polity; a fact that powerful political leaders needed to recognise.[8] Burke’s love of prudence grew from his hatred of the opposite—abstract concepts and theoretical approaches—and his understanding of the virtue is important to his conservatism.

Given Burke’s understanding of Christian Natural Law on one hand, and his championing of prudence on the other, the question naturally arises as to what prudence actually meant to Burke in practical terms, and how it related to his often-neglected religious conviction. Burke’s answer to such scrutiny was that God “had taught humanity, through thousands of years’ experience and meditation, a collective wisdom: tradition, tempered by expedience”;[9] and that to act prudently under Christian Natural Law, a politician should, therefore, govern with a deep respect for the wisdom of past generations. To Burke, Christian Natural Law was mediated from the Divine to humanity through the traditions and institutions established by our ancestors, in that the will of God was at play in their creation and development.[10] He therefore asserted that “the rules of prudence are formed upon the known march of the ordinary providence of God”;[11] and meaning that the prudent politician is one who makes policy with an eye to the wisdom inherent in long-standing customs and institutions.

Considering his understanding of prudence under Christian Natural Law, it is unsurprising that Burke was a fervent defender of the established order. In his mind, if a society found itself with a wealth of venerable institutions and deep-rooted traditions, then it should cherish them, because “a people will not look forward to posterity who never look backward to their ancestors.”[12] And if any group, such as the French revolutionaries Burke famously despised, wanted to violate long-held customs and institutional norms, he thought they should be strongly confronted. Burke felt “an insuperable reluctance in giving [his] hand to destroy any established institution,” no matter how plausible the argument for doing so might be,[13] and believed that “individuals would do [well] to avail themselves of the general bank and capital of nations, and of ages.”[14] When reading Burke’s works, it is impossible to see this conclusion as originating from anything other than his religious convictions: a fact that self-described ‘Burkean’ defenders of institutions in our own age should remember.

Moreover, Burke’s veneration of the established order, and of traditions, customs, and institutions, in every way influenced his attitude towards politics. For Burke, in a world ordered under Christian Natural Law, the prudent politician was one who respected the achievements of their ancestors and was therefore cautious in changing the structure of society; aiming solely to achieve practical advantages through measured refinement. Under this view, reform should only operate on a gradual basis, where “the useful parts of an old establishment are kept, and what is superadded is . . . fitted to what is retained.”[15] Burke argued that all “human wisdom can do, is to provide that change shall proceed by insensible degrees,”[16] and drew a sharp distinction between the ideologically driven, radical change exemplified by the French Revolution on one hand, and gradual reform that was reverent of the past on the other. The first was thoroughly objectionable, and could not help a people achieve either prosperity or happiness; making the latter more preferable. It was prudent and, most importantly, accorded with his religious beliefs and the Christian Natural Law; and Burke’s support of it firmly establishes him as a ‘gradualist’ and conservative political thinker.

Overall, this essay has shown that Edmund Burke’s famed conservatism can be traced, step-by-step, from his underlying religious conviction. Indeed, Burke based his political positions upon his conception of prudent leadership under Christian Natural Law, and to ignore the Christianity in Burke is to misread him. So, when modern conservatives try to argue in the spirit of Burke but neglect the passionate theistic creed that underpinned his politics, they do not do justice to the man and his beliefs. Conservatives instead need to recognise, with Russell Kirk, that “Burke began and ended his campaign for the conservation of society upon the grand design of piety.”[17]

[13] Burke, Edmund 1784 Mr. Burke’s speech, On the 1st December 1783. Upon the question for the Speaker’s leaving the chair, in order for the House to resolve itself into a committee on Mr. Fox’s East India bill Dublin: L. White. Pg. 10.