The Return of Marx 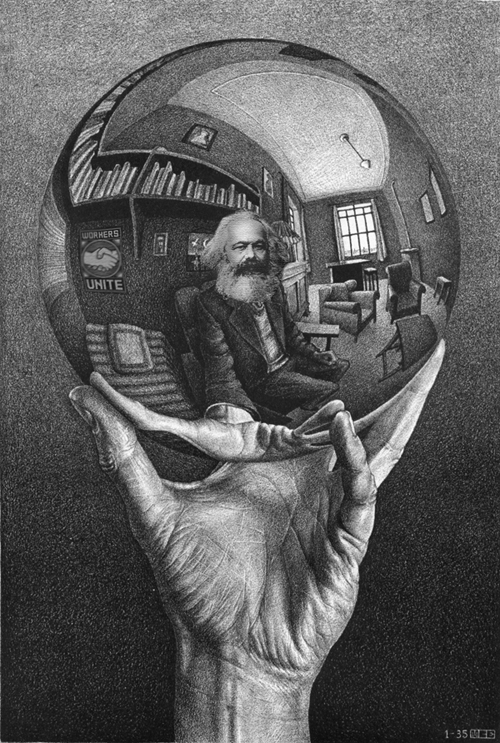 In August of 1578, an army of Portuguese soldiers aided by volunteers and mercenaries under the young king, Sebastião, was routed by a large Moorish army at the battle of Alcácer-Kebir, Morocco. The defeat was an overwhelming tragedy for Portugal.

According to historian H. Morse Stephens:

There was not a noble family which had not lost more than one of its representatives, not a patriot who failed to see that ruin was staring his country in the face. Deprived of soldiers, resources, and reputation at one fell blow, the Portuguese nation seemed stunned at the extent of its calamity.

Sebastião was presumed dead, although various conflicting stories of his demise circulated.

Many Portuguese refused to believe that their sovereign was dead. The belief that the “Principe Encuberto” or Hidden Prince would reappear took on an almost religious significance. A sect of fanatics, “os Sebastianistas,” waited for his imminent return and the consequent revival of Portuguese greatness.

Similar folkloric convictions about deceased monarchs, real or mythical, have enriched several national chronicles. Examples include that of Frederick Barbarossa, drowned while en route to recapture the Holy Land during the Third Crusade. A legend arose that Red Beard was sleeping in a mountain cave in Thuringia. He would awake when ravens flying around the mountain departed. He would then restore Germany to its ancient greatness. Similar beliefs attended other ancient kings including, for example, Arthur, “the once and future king.” Collectively, such idols of old are sometimes known as “sleeping heroes.”

In more recent times, a similar conviction arose about a twentieth century cultural icon, Elvis Presley, incidentally, often referred to as “The King,” at least by his fans. Of course, Elvis lives on in supermarket tabloids and has been variously “spotted” in locales as varied as Memphis International Airport, Kalamazoo, Michigan and the lunar surface. Most of us would agree, I hope, that such an incarnation, especially in this latter locale is extremely unlikely. I say, “most of us,” since, although such belief would show an astounding degree of scientific idiocy, it is removed only in kind, not in degree, from the moral idiocies of those who believe in resurrecting the ideas of Karl “barrel-of-fun” Marx. Indeed, there are still those who deem him more than a footnote of fatuity. They yearn for his ideas to rise again like the sleeping heroes of old to recreate the joy and brotherhood so amply demonstrated by the caprices of their twentieth century “achievements.”

Despite the failures of “scientific socialism” and the incalculable suffering perpetrated by this particular vile jelly, somehow the diabolical truth doesn’t leach through into the imagination of a wide swathe of humanity.

Every so often, the thoughts of this 19th Century scholar, beavering away like a non-fictional Edward Casaubon (George Eliot’s consummate evocation of dried-up pedantry), slither their way into the consciousness of college-age recruits. The words amount to a sine wave of malignancy threading in and out along the x axis of time, entangling the often undeveloped frontal lobes of unwary sophomores. Truly, snake imagery is apt; the thoughts of Marx and his respectable and long-suffering best buddy are like a kind of unending Anaconda Plan intent on squeezing good judgment out of its victims.

The recent celebrations around the 200th anniversary of Karl Marx’s birth rouse us almost to incredulity. For example, The Humanities Center of Carnegie Mellon University has held laudatory symposiaTeen Vogue “explained” his genius to school-age children; and even doff-your-hat Eurocrats joined in the fun. Jean Claude Juncker, President of the European Union, intoned some lame exculpations on the said occasion.

Karl Marx was a philosopher, who thought into the future had [sic] creative aspirations, and today he stands for things, which is he not responsible for and which he didn’t cause, because many of the things he wrote down were redrafted into the opposite.

The strange phrase “redrafted into the opposite” speaks volumes. Whatever the exact meaning of Juncker’s words, at least the city of Trier, birthplace of Moor, as he was often styled, seems to have an eye on the bottom line. Of course, from ancient Greece onward, religions have used the relics of saints and mythical beings to drum up cash from pilgrims. In Trier, rubber ducks in the likeness of the man himself have been marketed to commemorate the event. Is it a mere coincidence that the latter-day followers of Marx engage in Orwellian Duckspeak ad quackandum? Furthermore, Euro notes featuring Moor’s visage with the value of €0 are on sale for €3. And now, Highgate Cemetery in London is charging an entrance fee to visit the grave of the man himself. The official online site of the cemetery states the following:

The East Cemetery is where Karl Marx is buried. Visitors may roam freely on this side, but there is an entrance charge . . . Admission: £4 adults, children under 18 and Members free. School groups £1 per child.

The lonely and unpopular
Might find the landscapes of their childhood marked out
Here, in the chaotic piles of souvenirs.

Whether the poet intended the phrase “chaotic piles of souvenirs” to take on such horror-drenched suggestiveness, I somehow doubt.

Would the Highgate bust could speak perhaps it would “howl gigantic curses” (as Paul Johnson points out the man was wont to do) at the throng of devotees and of curious onlookers.

Johnson’s chapter on Marx in his 1988 Intellectuals is possibly the best short dissection of Marx’s character, vision and intellectual dishonesty. One need go no further to savor the peculiar obsessive ferocity of this unusual hominid. For example,

. . . savagery is a characteristic note of his verse, together with intense pessimism about the human condition, hatred, a fascination with corruption and violence, suicide pacts and pacts with the devil.

[The content of his work] can be related to four aspects of his character: his taste for violence, his appetite for power, his inability to handle money and, above all, his tendency to exploit those around him.

. . . there is nothing in the Stalinist epoch which is not distantly prefigured in Marx’s behavior.

Few ideas are so stupid that they won’t reappear Kraken-like after a submarinean vacation, even though they have been discredited by the proofs of history and the terrors to which these ideas gave rise; like some thread of fate tied at a starting point and spinning out like meridians from the pole, periodically entangling subjects who are untainted by reason and unsullied by thought.

Utopian thinkers everywhere have never entirely given up on Charley’s warbling. Thus, we find that elderly Soviet venerators such as Bernie Sanders in the United States and Jeremy Corbyn in the United Kingdom are slouching about giving their halos a facelift. A new and very young generation is exemplified by someone called Alexandria Ocasio-Cortez, who has won a “stunning” victory in the New York primary contest. This individual is apparently a member of the oxymoronically named The Democratic Socialists of America. And some optimists thought such people were buried deeper than Ozymandias and preferably facing down. No such luck. Why facing down? So that when they try to get out they would just go deeper, as a humorous Mexican song about mothers-in-law has it. This newly-minted “sleb,” a babe-in-the-woods with an almost endearing silliness, a sea urchin’s understanding of history and a Three Stooges grasp of economics, appears innocent of what used to be called “facts” prior to the post-modernist onslaught.

Ironically, Marx himself was onto something when in the 18th Brumaire of Louis Bonaparte he famously stated:

Hegel remarks somewhere that all great, world-historical facts and personages occur, as it were, twice. He has forgotten to add: the first time as tragedy, the second as farce.

I say “ironically” since the current resurfacing of approval for Marx’s journalistic witterings by some members of the twittering classes, not “twice” but ad infinitum, must reduce to a farce almost beyond endurance.

____________________
Robert Gear now lives in the American Southwest. He is a retired English teacher and has co-authored with his wife several texts in the field of ESL.