The Revolution of Evolution 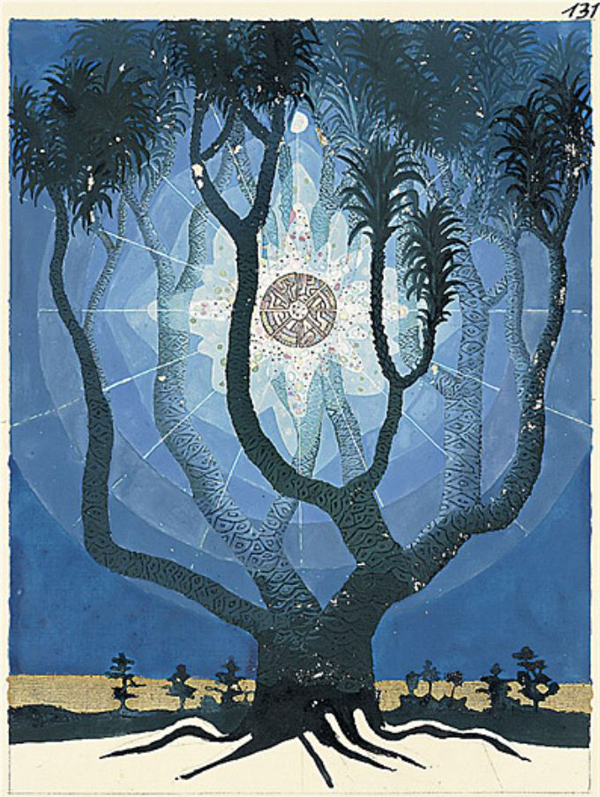 The Tree of Life, C.S. Jung, from The Red Book

For the past two decades there has been a muffled, yet steadily increasing, rumbling in scientific circles about evolution. There is a dissatisfaction of the classical theory of evolution on scientific grounds, not that the concept of evolution is in question but rather on the mechanism whereby evolution takes place. Many scientists and intelligent laypersons strongly believe in evolution, yet simultaneously feel that something is not . . . quite . . . right. Yet, the climate is such that any questions on the validity of some of the details of the classical theory are met with arrogant condescension and hostility by neo-Darwinists, with the implication—if not outright accusation—that one is a Creationist. The resulting climate has been that of rendering any potential scientific debate into an either/or scenario, a false dichotomy: either one believes in the Darwinian theory in toto, or one is a Creationist.

The theory was put forth together, simultaneously and independently, by Alfred Wallace and Charles Darwin, the former in a flash of insight while in the Dutch East Indies and by Darwin in Britain while obsessively accumulating data for his book (Wallace’s theory was in an article). Wallace’s submission forced Darwin to end his procrastination. The issue of priority instantly brought to mind the Newton-Leibnitz controversy, resulting in Darwin’s first 1859 edition to be immediately sold out.

The theory is simplicity itself (and it is this simplicity which has allowed a proliferation of non-scientists to opine as to the theory’s validity). The Darwinian-Wallace theory of evolution puts forth the proposition of common descent of organisms (instead of each organism having been independently created), and, that the mechanism whereby evolution occurs is Natural Selection. It posits the fact that all species are made up of individuals that differ from each other in a variety of ways (speed, color, size, etc.). Since there is a finite amount of resources available to a species, the conspecifics must compete for them. Thusly, any one individual that possesses any trait that gives it an adaptive advantage in securing those resources will automatically have more offspring and pass off those advantageous traits. This is a continuing process as the numbers of traits slowly accumulate to make new, distinct species, different from the original ones. This is a long, never-ending process. Humans have used this same process, in an accelerated manner, in order to create varieties of livestock, plants, and pets. It is also important to remember that, aside from the theory, both Darwin and Wallace had carried out, and continued to carry out, excellent scientific work and were scientists of the first caliber, open minded and conscientious.

And, at this point, it must also be remembered in what dismal state was the field of biology. Up to then, naturalists had simply and obsessively collected and described plants and animals. What any schoolchild knows today was a mystery then. It was not until 1831, for example, that Robert Brown discovered the cell nucleus. Nor, in 1837 that Schwann and Schleiden realized that the cell was the basic unit of life, or in 1855, that Rudolph Virchow established the fact that cells within an organism’s body formed through cell division, or in 1865 that Schweigger-Seldel and LaVallette St. George showed that spermatozoa were cells, or in 1875 that Oscar Hertwig demonstrated that fertilization of an ovum was due to a single sperm, while in 1883 William Roux hypothesized that the source of heredity resided in the chromosomes, or in the 1850s when Pasteur began his series of experiments that proved that bacteria caused diseases and putrefaction. Mendel’s experiment on heredity became known around 1900.

Incidentally, the genetic/molecular evidence for common descent is overwhelming.

A Pox On Both Their Houses

Opposition to the theory in the Anglo-Saxon world came mostly on religious grounds (curiously, Charles Lyell’s negation that the world had been created in six days elicited no such reaction). In the Continent it was treated as just another scientific theory. However, absurd assertions about adaptiveness brought the theory into disrepute there (e.g., that flamingos’ coloration was adaptive because at dawn and dusk it confused predators).

It was in the United States that objections to the theory on religious grounds reached its shrill peak from fundamentalist groups, principally during the 1920s, resulting in a laughable pseudoscience called Creationism, which only served to display their bottomless ignorance. It briefly flared up again due to the introduction of “intelligent design” on scientific grounds at the turn of this century. Creationists argued for “equal time” in the classroom to give their views. Elsewhere, I have pointed out that this would be a suicidal proposal for them. 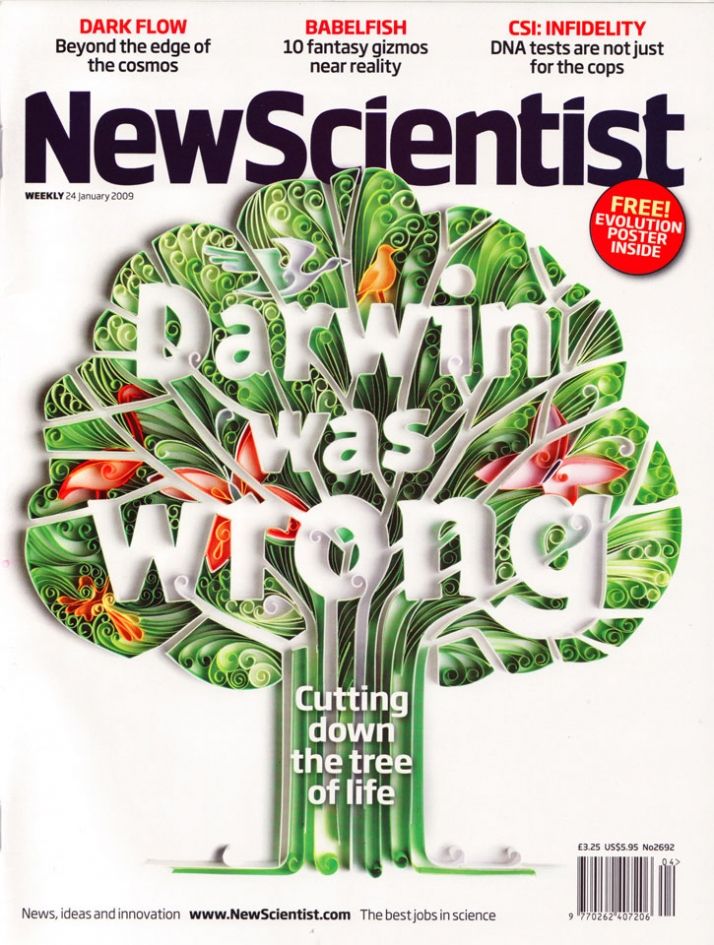 Simultaneously, neo-Darwinists came to the defense of the theory. Yet, in doing so, they became as dogmatic as the Creationists. They also became arrogant, condescending, persecutory, and anti-scientific. If this sounds too harsh, consider just one instance: in 2009, New Scientist published a cover story, “Darwin Was Wrong,” which argued that the phylogenetic tree should instead be a web; neo-Darwinists, including Richard Dawkins, called for a boycott of the magazine. I challenge the reader to peruse any scientific journal to find a scientific debate on the classical theory, and then do the same for other scientific theories. Contrast the scorn poured on persons questioning aspects of the classical theory with the respect shown to theories put forth by other scientists to explain the demise of the dinosaurs which were, frankly, absurd: a) dinosaur eggs were eaten by rodents, but dinosaurs were too dull to prevent it b) dinosaurs died because they emitted too much flatulence, which adversely affected the climate c) as land masses and oceans shifted, foreign animals came together and died off from lack of immunity to foreign bacteria.

Both Darwin and Wallace were flexible, open-minded scientists of the highest caliber, but they have been indirectly tarnished by the antics of the neo-Darwinists, so that a lot of odium that rightfully belongs to the neo-Darwinists is instead has poured onto Darwin and “Darwinism.”

Flaws in the Classical Theory

Darwin readily acknowledged that his theory needed further support, but believed that future research would uncover the data (hence his procrastination). He also admitted later that he had put too much emphasis on Natural Selection.

At any rate, many scientists acknowledge the following shortcomings (presented briefly):

The fact that some scientists have become fed up with the neo-Darwinists and are no longer intimidated by them can be seen by the fact that some have put forth theories to amend the classical theory, just as Einstein’s and Planck’s theories were put forward to take into account phenomena that classical Newtonian physics could not.

Schindewolf theorized that, in the past, nearby supernova explosions had bathed the earth in cosmic rays which had caused the extinction of fauna but had simultaneously led to speciation. However, he later abandoned the theory.

Symbiogenesis is a concept that was first put forward at the beginning of last century by both Russian and American scientists and revived by Lynn Margulis. Symbiogenesis is based on the fact that many organisms are actually composed of several organisms, and, that cells are actually symbionts (e.g., mitochondria and chloroplasts reside within cells), so that two or more combine to make a third. The universality of symbiogenesis is evident, albeit at the microscopic level (250 of the 30,000+ human genes come directly from bacteria). However, in the case of vertebrates, it is difficult to see how symbiogenesis gives rise to speciation.

Biological structuralism was first proposed by D’Arcy Thompson and lately independently by Michael Denton, Günter Wagner, and Stuart Kauffman. Instead of speciation occurring through piecemeal assemblage of novel traits, this idea puts for the proposition that shapes (“Types”) and biological organization are inherent. Cell structures, for example, self-organize similarly to crystals. Hair, feathers, a diaphragm, a laminar cerebral cortex consisting of six layers, the acquisition of language, the acquisition of mathematics, the endometrial stromal cell, the angiosperm flower, the tetrapod limb, the protein-coding genes are complex and lack antecedents. The question, then, is why do new Types crop up at certain times?

A more comprehensive theory relies on the McClintock Effect, referring to the work of Nobel Prize laureate Barbara McClintock. The planet Earth is essentially a giant churning ball of lava superimposed by an eggshell-thin crust upon which thrives the biodome. The theory postulates that it is extraterrestrial impacts breaking through the crust, with the resulting volcanism and basaltic traps, that is the generating power for speciation, altering organisms’ genome through tremendous environmental stress while simultaneously causing mass extinctions of living species. Whereas the classical theory postulated that evolutionary change was brought about by the individual organism, this theory claims that evolution is imposed on the organism. Essentially, the theory is the intersection of biology, geology and astronomy.

(The relatively recent findings of epigenetics have not resulted in an evolutionary theory, but it is a matter of time before someone proposes one)

As of last month, one thousand scientists had signed a very simple, very powerful, statement regarding the subject of evolution. It reads,

We are skeptical of claims for the ability of random mutation and natural selection to account for the complexity of life. Careful examination of the evidence for Darwinian theory should be encouraged.

Notice that it does not advocate any other belief or theory, it simply states that the subject should be critically examined. The “petition” is restricted to scientists, that is, persons who create knowledge (not lawyers, philosophers, journalists, pastors and others who only produce a profusion of verbosity). Tellingly, the website urges careful consideration of possible repercussions in signing. That so many scientists saw fit to append their names to such a simple statement, and that it takes courage to do so, speaks of the suppression of discussion by neo-Darwinists (to my knowledge, no other scientific subject matter has led to such a “petition”).

Yes, there is a quiet revolution going on in the field of evolution. Perhaps the stagnation that has been present for so long in the field will finally end.

Armando Simón is a retired forensic psychologist and author of A Prison Mosaic, The U and A Cuban from Kansas.