The Trojan Horse and Home 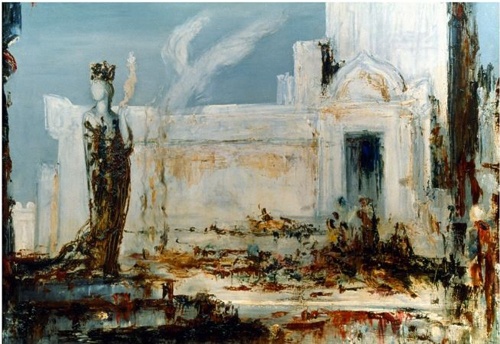 t stood there like this morning—golden, grand—
Risen from the mist. The seas behind
Retreated, carrying a thousand ships
To Hellas. And Hades. For the city,

It was a miracle. They celebrated.
They danced together in the surf like mad.
A wine-dark wave—they never saw—crested,
Crashed, and petered out in pinkish foam

And flower petals at their feet. The war

The sun set on a public sacrifice:

The sizzle and aroma of burnt fat

Filled the air. On the Scaean Gate, a boy

Leaning on his spear stifled a yawn

At midnight. Bored, with his watch nearly done,

He thought of love, as young men do. He was

Imagining a pair of gentle hands

Drawing his face down, between two breasts,

His throat with great experience and care. 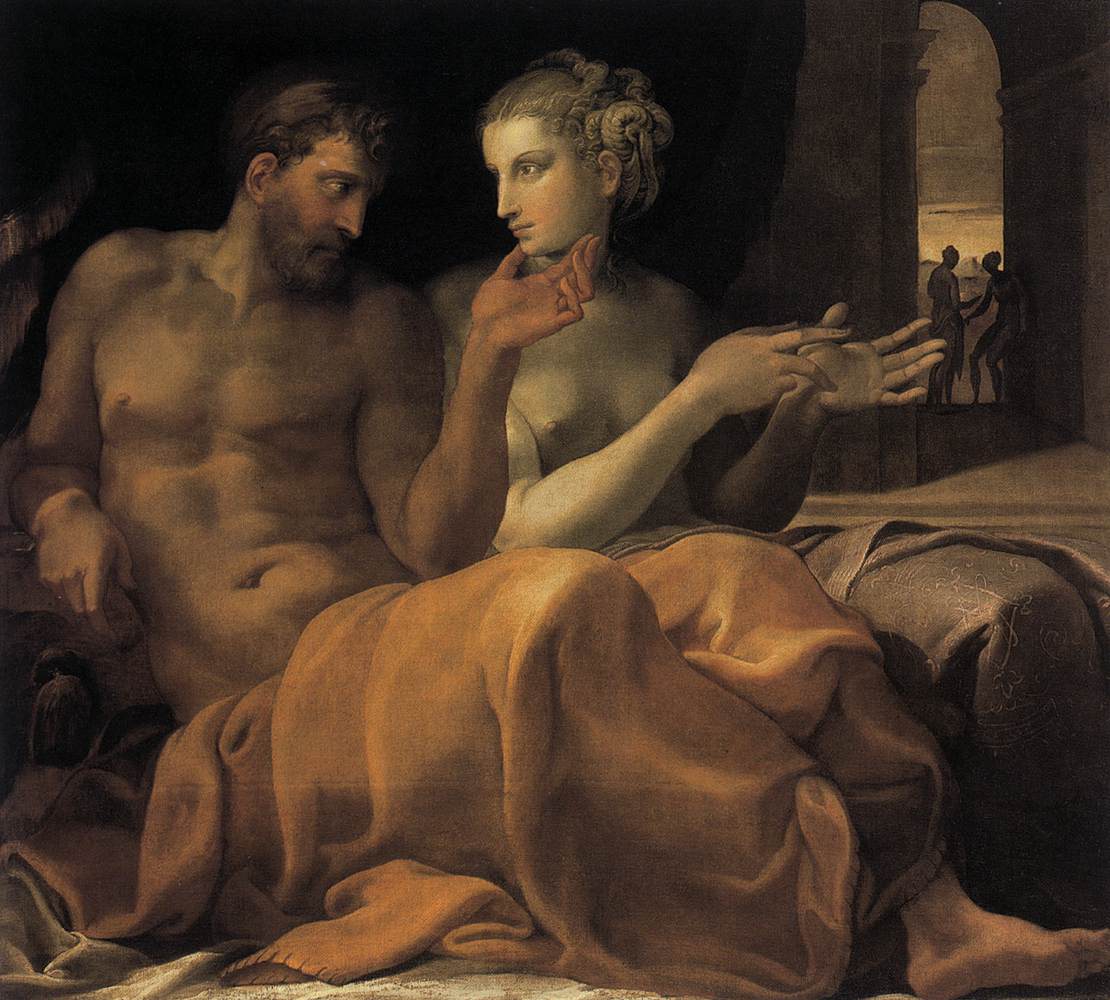 Now the suitors trooped in with all their swagger

And took their seats on low and high backed chairs . . .

And cut through all the cables binding me,

Returning to the written word, my wife,

My one true love, faithful Penelope.

I come—exhausted—from the arms of strife.

The plaything of Calypso. A sex slave

Love making’s rather hard upon the knees,

And you must monitor intake of wine

If working with large machinery. Please,

A lifetime of adventures on rough seas

I don’t know what the oysters use it for.

I merely note that zinc’s available

Calypso used it for cholesterol.

She liked to think of me as her dessert,

With spices, strange devices, and romance—

Left me, most mornings, paralyzed, I fear.

I don’t think love stood much of a chance

Between us. No. Nymphs do not declare

Affection for a pair of underpants

Kept folded in a drawer for twenty years.

And Nymphs do not dissolve, like salt, in tears.

Don’t cry, Penelope. Have some champagne.

This crystal’s a great improvement on the shoe

I used to drink from. I am so ashamed.

The things that cruel Calypso made me do—

Every word she uttered was profane.

She was a scorpion, compared to you,

I’m lucky I escaped her with my life.

Look at these rags. I’m not the man I was,

Time changes all of us. True, I am still

Ulysses—king of Ithaca. I will

Not live forever. Yes, much earlier,

We should have had this little conversation.

In retrospect, too much may be too clear

To men involved in affairs of the nation . . .

And lighter, when I left? He’s changed. Our son.

How would he handle sitting on my throne?

Would you consider him, say, self-reliant?

Do dingy diplomats command his ear?

“Son, listen, nobody could blind a giant—

Forget a charred broomstick. No, the science

Is settled: he would die.” I want to hear

About our boy. Tell me, did he sigh

With satisfaction when he learnt I didn’t die?

He has this distant look which bothers me.

As if his dad were a museum piece—

An amphora—a piece of pottery

Dredged up from somewhere after centuries.

Does he realize he’s won the lottery?

I am Ulysses—not some fool with fleas

You try to pity, briefly, til those smells

Begin infecting your own two nostrils.

Perhaps we should have named the child Mike . . .

Are you certain that he belongs to us?

When I left Ithaca, he was a tyke—

So tiny. You raised him yourself. I trust

Would he object to being devious

In a world where honest men cannot be found?

Please tell me that he walks on solid ground.

I want to know what kind of man he is,

Penelope, because, when we are dead,

This palace—and our people—will be his.

Us, this antique furniture—the bed

Where you received a young man with a kiss

That shook the stars—or so the servants said—

And not be missed. And I would be a liar

If I said otherwise. Penelope,

I’m tired. I’d trade my kingdom for a bath,

My throneroom for a chamberpot. Really,

You haven’t changed. You are my Queen, I see.

I never doubted you. But when I asked

About Telemachus your face turned white—

As if you’d seen a ghost. He’ll be alright.

Listen. Down in the banquet hall, great

Cups of wine are being passed around.

Fresh bread together: the disgusting sound

Turns with you, my dear, Ithaca’s crown.

For twenty years, they’ve gorged themselves at will.

Tomorrow, I present them with the bill.

I didn’t travel all the way from Troy

To just roll over, like a dog, and die.

This is my home. My family. You. The boy.

Though much is taken, love abides. That’s why

I am here. The gods do not destroy

Evil men. Give me your hand. I

Need you. Give me that strength which in old days

Moved Earth and Heaven. I’ll dig all the graves.