The War that is Upon Us 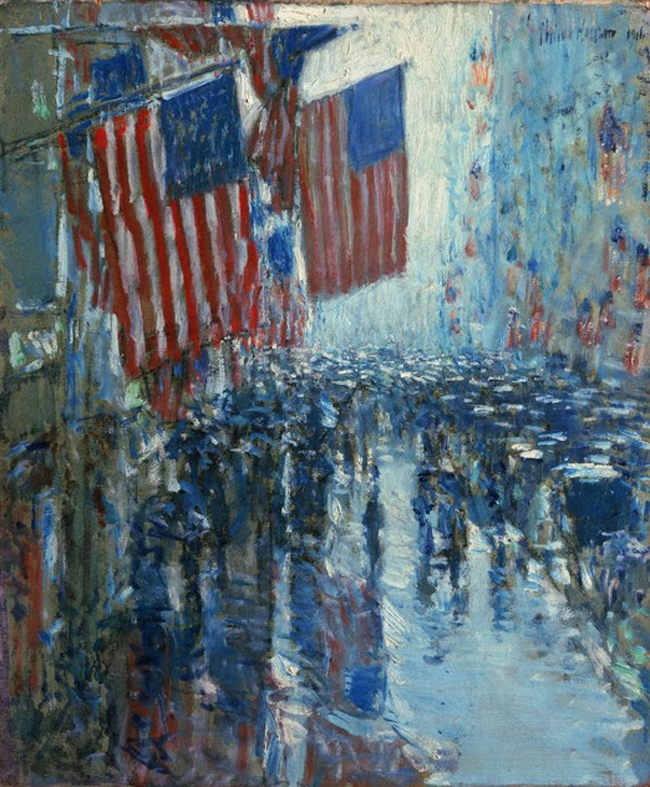 We now have a new President.

After an election that contained possible fraud, allowed unprecedented mail-in voting, and removed safeguards that were designed to ensure the integrity of the election, Joe Biden has been declared the winner. This article isn’t about whether or not his victory is legitimate. That’s a moot point now; he is the president, for better or worse … and all indicators seem to suggest … no, scream … that it is for the worse. Far, far worse.

After Congress certified Biden the winner, a series of disturbing events took place that one can conclude seemed like a planned and coordinated attack against Trump supporters. If it wasn’t organized, then a group-think frenzied response from the Left and its unholy alliance of our institutions took place.

Twitter permanently banned the account of the President of the United States, Donald J. Trump. They stated the reason for such action was due to the claim that Trump instigated violence and an insurrection. Of course, any fair and objective inquiry into his words and the timeline of the attack on the Capitol, reveals this claim to be false and ridiculous.

The media, including Fox News, refused to air any statements by the President in response to this attack. In addition, Facebook temporarily suspended Trump’s account for the same reason Twitter said they did. Amazon removed the social media platform, Parler, seen as a conservative alternative to Facebook and Twitter, from its servers, effectively shutting it down. At the time Amazon did this, Parler was the number one downloaded app. Of course, Amazon used the excuse that Parler didn’t do a good enough job of removing violent content from its platform. Meanwhile, violent rhetoric from the Left was and is allowed on Twitter and Facebook.

Congress immediately went to work ‘for the American people’ and accused Trump of inciting an insurrection. This was followed by a democrat-led impeachment of the President, for the second time in his only term; an impeachment which passed mostly along party lines.

The new president, who called for all Americans to unite in his victory speech, said of the January 6th pro-Trump rally that those who were there should not be called protesters, but domestic terrorists. Yet the riots we saw this summer by Antifa and BLM were met with words of support from prominent democrats, including our new Vice President Kamala Harris. Nancy Pelosi wondered why there weren’t more protests. The media said those riots were ‘mostly peaceful’ protests. CNN’s Chris Cuomo even asked who said protests are supposed to be polite, or even peaceful? 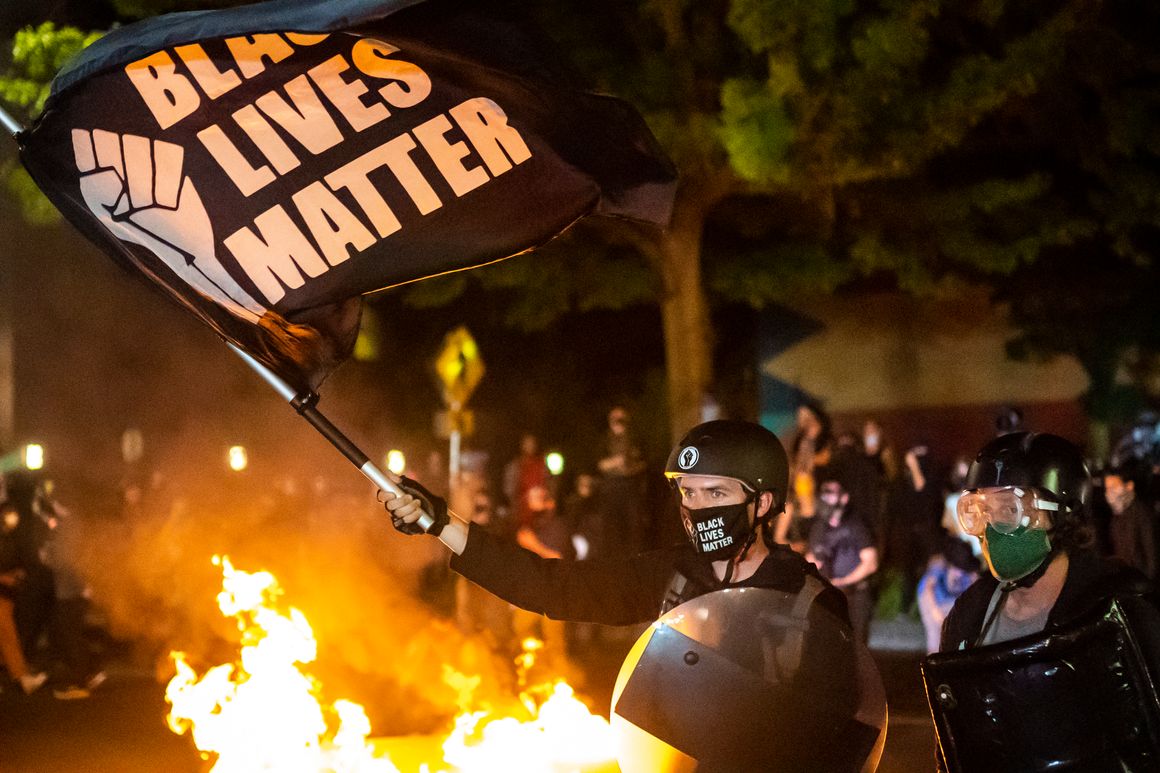 We saw scores of mostly minority owned businesses destroyed. Neighborhoods burned to the ground. Churches set on fire and vandalized. Statues and monuments of our past, toppled. Both cops and civilians assaulted.  Yet the media characterized this blatant war on America, our free market, and our values as the voices of the unheard. But when a handful of those attending a pro Trump rally out of a crowd estimated to be 500,000 – one million people, stormed the Capitol… an event we all condemn, suddenly the Democrats and the Media have an issue with violence.

Democrats and Republicans rightfully denounced the violence at the Capitol, which resulted in the shooting death of an unarmed Trump supporter, Ashli Babbitt, a White female. There were no riots and cries of “no justice no peace” or “end police brutality” over the shooting death of Babbitt.

In condemning the violence at the Capitol, politicians referred to the desecration of the sacred ground that is the Capitol. I guess when violence is on their doorstep, politicians suddenly care about it. Yet the real desecration to the Capitol and what it once represented, has been committed by self-serving elected ‘leaders’ who long ago abandoned the rule of law, the principles of freedom, and the idea of American Exceptionalism. To them, America First is an abominable idea that must be defeated by any means necessary. To them, America First threatens their Globalist ambitions.

We have witnessed the extent to which some Democrats will go to ensure their return to power. Their response to the COVID-19 pandemic is case in point.

It was supposed to be ’15 days to stop the spread.’  We’re now almost one year into it and many places are still in a Draconian lockdown. In response to the Covid outbreak, Governor Andrew Cuomo at first complained that New York didn’t have enough beds to accommodate the number of Covid patients. President Trump responded by sending a Hospital boat to New York City, and had the Army Corps of Engineers establish temporary hospitals in various locations in NYC.

Instead of using these extra medical facilities Cuomo said New York desperately needed, he sent patients to nursing homes among our most vulnerable: the elderly. Thousands of nursing home residents died as a result of this. Yet not one investigation was conducted. Instead, Andrew Cuomo wrote a book on leadership, was awarded an Emmy, and was thrown a birthday party by Hollywood.

So yes, we have a new President in name. But it’s more of the old globalists who reject the ideas and values of our Founding—those ideas which made us great. It was a return to those founding principles that was and is behind the Trump motto of ‘Make America Great Again’ or MAGA. Why would a movement that seeks to restore our greatness, our sovereignty, our values and strength, be opposed so fiercely by the Democrat-Media machine, big tech, and the Social Media giants?

The answer is obvious to many of us. There is a hatred for those ideas. A learned and conditioned hatred which resulted from years of indoctrination from our Education system, the Media, Hollywood, and the popular culture. The reality is that almost half of this nation has a favorable view of Socialism. Antifa and BLM as well as all anti-American left-wing ideas, are the products of this ideological subversion of America.

In his first days in office, Joe Biden has made a hard and definitive statement that we are returning to the failed economic policies of the Obama administration. He’s telling us we are returning to the globalist mindset of prior administrations, which have resulted in the gutting of our manufacturing sector, open borders, cheap foreign labor via H1-B visas, and unfair Trade Agreements that further erode our economy while boosting the economy of other nations, primarily China.

Biden’s Executive Orders included: ending the Keystone Pipeline which immediately eliminated thousands of American jobs. The United States will be re-joining the Paris Climate Accord, which lays the vast majority of the economic burden on the US while excusing nations like China from any financial burden despite being the number one world polluter by far. Biden has also ordered a 100-day halt on deportations of illegal immigrants and has cut further funding for the border wall, as he ends the ban on our tax dollars to fund abortions.

Meet the new boss. Same as the old Globalist bosses.

Besides all this, we have evidence of a Biden compromised by China and involved in possible illegal or unethical activities in receiving money from China in order to influence the then Vice-President to pass favorable policies to benefit China and hurt the American people. Hunter Biden’s emails, discovered by a computer repair shop owner on Hunter’s laptop, lays all this out. This bombshell story should have ended Biden’s presidential campaign. But in came the guardians of all things Democrat: The Media and the Social Media giants. They effectively censored all information regarding Joe Biden’s apparent involvement in, at best unethical activities, at worse criminal activities.

So what changed? Well, Biden is now president. So democrats, in order to defeat Trump and return to power, killed our elderly, destroyed our businesses, harmed our economy, and cost millions of American their jobs. They isolated us from our loved ones, our churches, our synagogues, and the social outlets we once enjoyed. Not to mention the increase in depression, suicide, and drug abuse such isolation caused. But Trump is no longer president. Mission Accomplished. Now it’s time to return to normal. That is, the Democrat-Left normal of the continuation of weakening our economy, our military, and our police. Back to the Great Reset.

We the American people are the ones who suffer under the brutal rule of far-left democrats. We are often called ‘The Forgotten Man.’  I beg to differ.  They haven’t forgotten us. This evil cabal of the Democrat Party, the Mainstream State Media, Big Tech, and Social Media know all too well who we are. They haven’t forgotten us. They hate us. That is, they hate Americans who embrace our constitution, our freedoms, the principles of individual liberty, and that ‘crazy’ idea that government should be limited; that the role of government isn’t to control our lives or decide what rights we can have or how much of our money we can keep. That the primary role of government is to protect our God given rights.  But what can we expect from those who no longer believe in God? We are the hated Man.

The canceling of conservatives we are seeing from social media, the Democrat party, the Media, and even educational and financial institutions that have signaled their disdain for Trump supporters and their desire to ban us and no longer conduct business with us, is beyond disturbing. History shows where this will all lead to.

In Nazi Germany, for example, the Holocaust did not happen overnight.  A years-long process that began with the targeting, demonization and isolation of the Jewish people, turned into economic and political persecution before it led to the extermination of six million Jews. The Nazi SS and SA took to the streets during The Night Of Broken Glass and proceeded to burn down thousands of synagogues and Jewish owned businesses and homes. In Nazi Germany, the Jews were the target. In the Soviet Union, it was the landowner or capitalist. Would-be tyrants need a scapegoat to focus the anger of the people.

In America, it appears conservatives and MAGA supporters are the targets. Screams of White Privilege are not intended to achieve racial equality and harmony. They are intended to divide us; to target and demonize a group of people based on their political beliefs. If history is any indicator, a truly dark and disturbing chapter lies ahead for America.

Whether or not such a chapter is to be written depends on whether or not enough people who still love America and our founding principles possess the will, faith, and determination to stop it. Indeed, as Edmund Burke once said, “Evil succeeds when good men do nothing.”

Ultimately, it is up to We The People to act. It isn’t the politician or lawyer or talking head that will rescue us from the grip of our domestic enemies. It is us—you and me—who must act. It is upon us that the call of a liberty, grasping for dear life, goes out to.