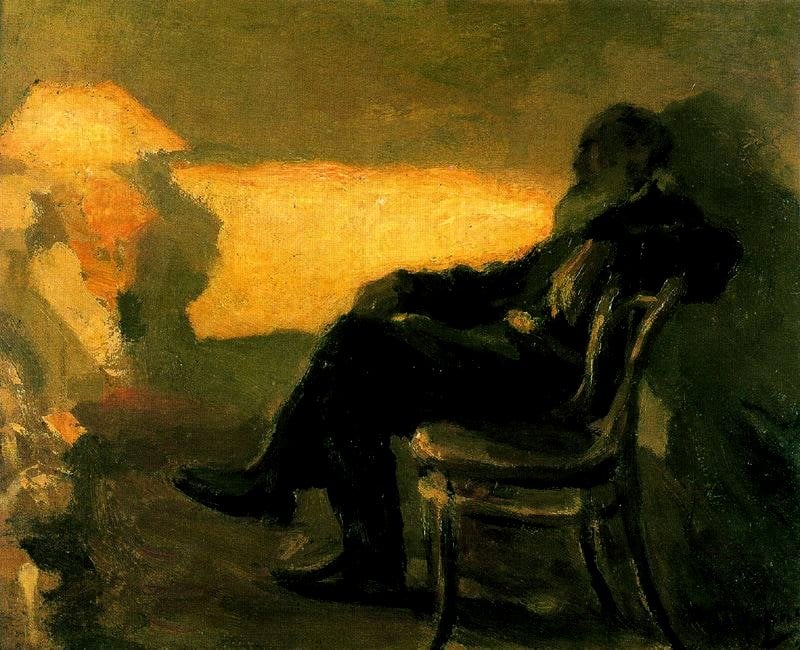 Impatient with the talents he was given,
He stalked about his acres for a place
To bury them, while doubt and faith and pride
Claimed each their share upon his tired face.

Unhappy with the children of his mind,
At times he scowled to see them standing there,
Grateful to greet their father: Vronsky, Anna,
Kitty and Levin, Natasha and Pierre.

Admirers came in their possessive legions
To watch him cure men’s follies and their griefs.
A watchful wife and house of dull fanatics
Besieged him, while wisdom and crank beliefs

Fought battles on the vast field of his brain
Whose outcome was beyond the prophet’s guess,
Though his old eyes were strong enough to see
It might be anything, save happiness.

Ashamed to hold its head up in the heavens,
The mountain prayed to sink down to the plain.
Escaping from the myth he had become,
The prophet died while waiting for a train.