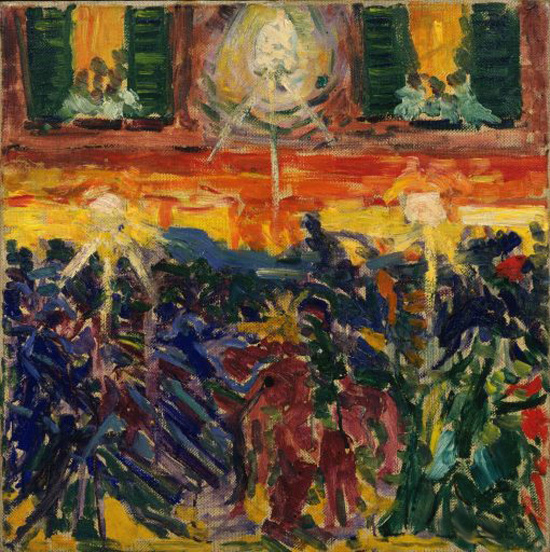 One of the Arab staff spits into the pita dough

in a kitchen in Jerusalem.

Another is arrested in the Old City gates

for spitting in the face of a cop.

The worker is fired, the cop spitter cuffed

and tomorrow there will be riots in the streets—

hatred the only leavening

that makes this violence rise.

The Train to Kheil Ha’avir

outside the New Gate

Up ahead cars cross the tracks,

but a cab has stopped just short of the gate

to let its riders off. The driver steps outside

and greets another in opposing traffic.

The van stopped on the tracks behind him

blocks the train. They stare in its direction

and won’t move despite the train’s

about some people having all the time in the world

until a small old man on unsteady legs

storms toward the front of the train,

pounds on the closed compartment

and shouts that they should drive on,

shove the van off the tracks, those around him

nodding in agreement. When you meet

a donkey in the road, you must lead

the stubborn beast out of the way.