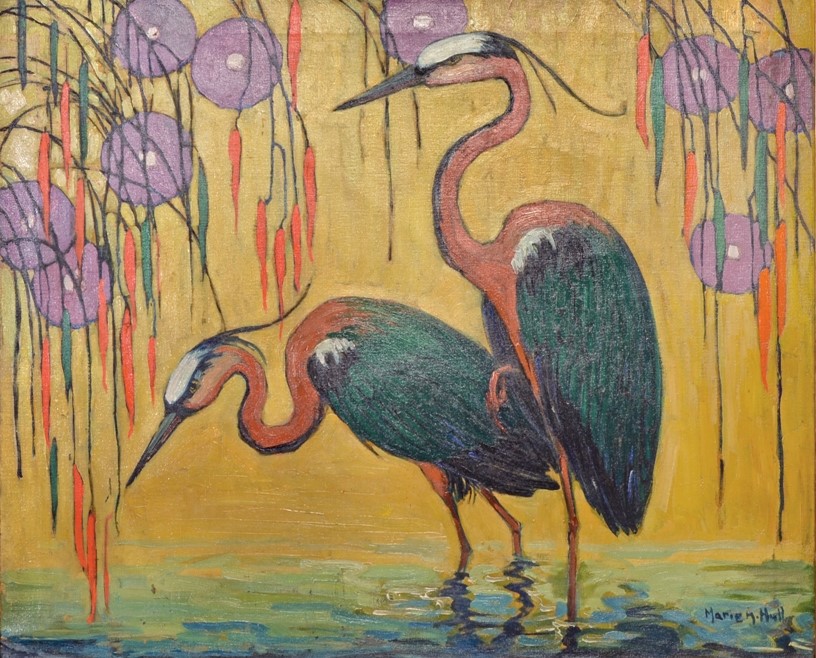 It’s All in the Book

A Math and Physics major friend from

haggled back then with his confrères

over a point of quantum subtlety,

insisting that their notebooks were—imagine this—

“too full” because they filled them, uselessly, with

what could already be found in books.

was a journey of toil and doubt.

These transitions—these leaps from time to

place, from places here beside this creek

where the going down is continuous,

but proceeds in breaks, to the placid pond

whose outlet barely makes a sound,

are acts of grace.

They cause me to pen so many notes,

egregious mistakes. I want to say,

but the pond waters wait, the Herons

skim and dip, and the yellowed pages

split in two, the two

into four and the four

into eight, taking the self-evident

out for a spin.

So I plod and fill my book with dubious

I parse and specify, showing

all my steps and derivations.

remains so very far away.

There is nothing to anticipate.

There is, instead, an unkempt room with

shafts of light instead of plans,

and books that one has read and

a pair of weathered shoes that

There are no dead.

The air is not sickly here

and one is led

to breathe the life

of all lives lived.

There is no time to bide,

no wait, no until.

You are present, here,

in the clear, bright cell

of your open heart, where you

rest and eat your fill.

silent now beneath an arid plain.

The sea, lashing at the sand,

on your outstretched hand.

There is something here right now,

something which has not been sought,

a sound that goes unclaimed—

Avoid all artifice! Be unchained!

There is nothing to commemorate.